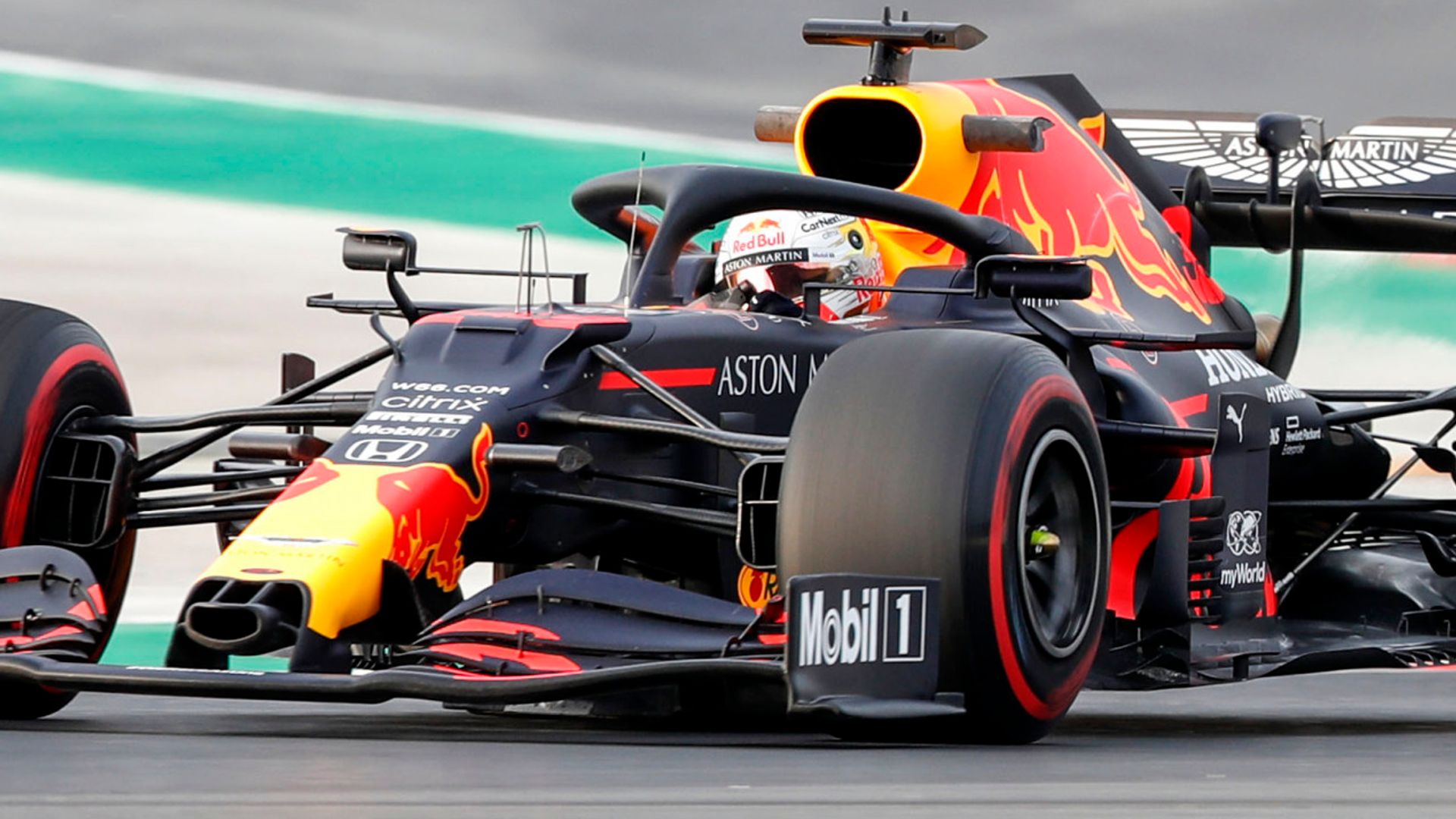 Max Verstappen fastest in both Friday practice sessions on ice-like Istanbul Park circuit; Charles Leclerc second in Practice Two, ahead of the Mercedes; Lewis Hamilton, who can clinch seventh title at Turkish GP, 0.8s off the pace in fourth

Red Bull’s Max Verstappen holds the advantage heading into the Turkish GP weekend after securing a Friday double by topping Practice Two, as an unpredictable – and slippery – opening day of F1’s return to Istanbul threw up several surprising results.

Verstappen set the pace with a 1:28.330, which was around seven seconds faster than what he led opening practice with, but still some way short of the times expected around a usually fast and ferocious Istanbul Park track – compared to an ice rink for much of the day as drivers struggled for grip.

“But overall for us it was quite a positive day, I think the car was working quite well, so pretty happy with that.”

Charles Leclerc was the Dutchman’s unexpected closest challenger in the Ferrari, 0.4s behind, as heavy favourites Mercedes – while much more competitive than the morning – only sealed third and fourth.

Valtteri Bottas was half a second slower than Verstappen while Lewis Hamilton, aiming to clinch a record-equalling seventh Formula 1 championship this weekend, was over eight-tenths off the pace.

“It was a bit of a disaster today to be honest,” said Hamilton. “It’s like an ice rink out there so you don’t get quite the enjoyment of the lap you would normally get of Istanbul. I don’t see that changing.”

Verstappen’s Red Bull team-mate Alex Albon had led the session in the early stages before slipping back to fifth, as times, unusually, ramped up the longer drivers stayed out on the quickest soft tyres.

The Istanbul circuit, hosting its first F1 race since 2011, was only resurfaced two weeks ago and that lack of grip, coupled with sweeping fast corners, means a tough-to-predict weekend is in store.

Final practice takes place at 9am on Saturday on Sky Sports F1 before qualifying at 12pm, while Sunday’s race starts at 10.10am.

“I think it’s going to be a good qualifying,” said Sky F1’s Karun Chandhok. “I really hope Red Bull and Max can take the fight around here.

“If it’s a low-grip track like we saw in Portimao, he’s right in the fight.”

Why is Verstappen ahead in Turkey?

Verstappen is heading into the weekend on the back of a Friday practice double for the first time since 2018 – which is a surprising turn considering how dominant Mercedes, on pole in every qualifying this season and winner of all but two races, have been.

But, as Karun stated, it does seem that Red Bull are more of a match in slippery conditions – which Verstappen said were “worse than Portimao, by far” – for Mercedes, who have been so far unable to unleash their downforce in Istanbul.

Write the seven-time world champions off at your peril.

“For sure, Mercedes tomorrow will get it together,” added Max.

Behind the top five, AlphaTauri – who have brought upgrades to Turkey – led the midfield with Daniil Kvyat and Pierre Gasly, while Sebastian Vettel, enjoying an improved weekend so far, was eighth.

However, he was still 1.3s slower than Ferrari team-mate Leclerc.

There was little to split Renault, Racing Point and McLaren – the midfield rivals who are split by just a point in the constructors’ battle for third – in P2, while Alfa Romeo were more competitive than perhaps expected.

George Russell, who will be taking grid penalties this weekend, was 17th but complained of a lack of grip throughout the session, especially through the high-speed triple left-hander at Turn 8.