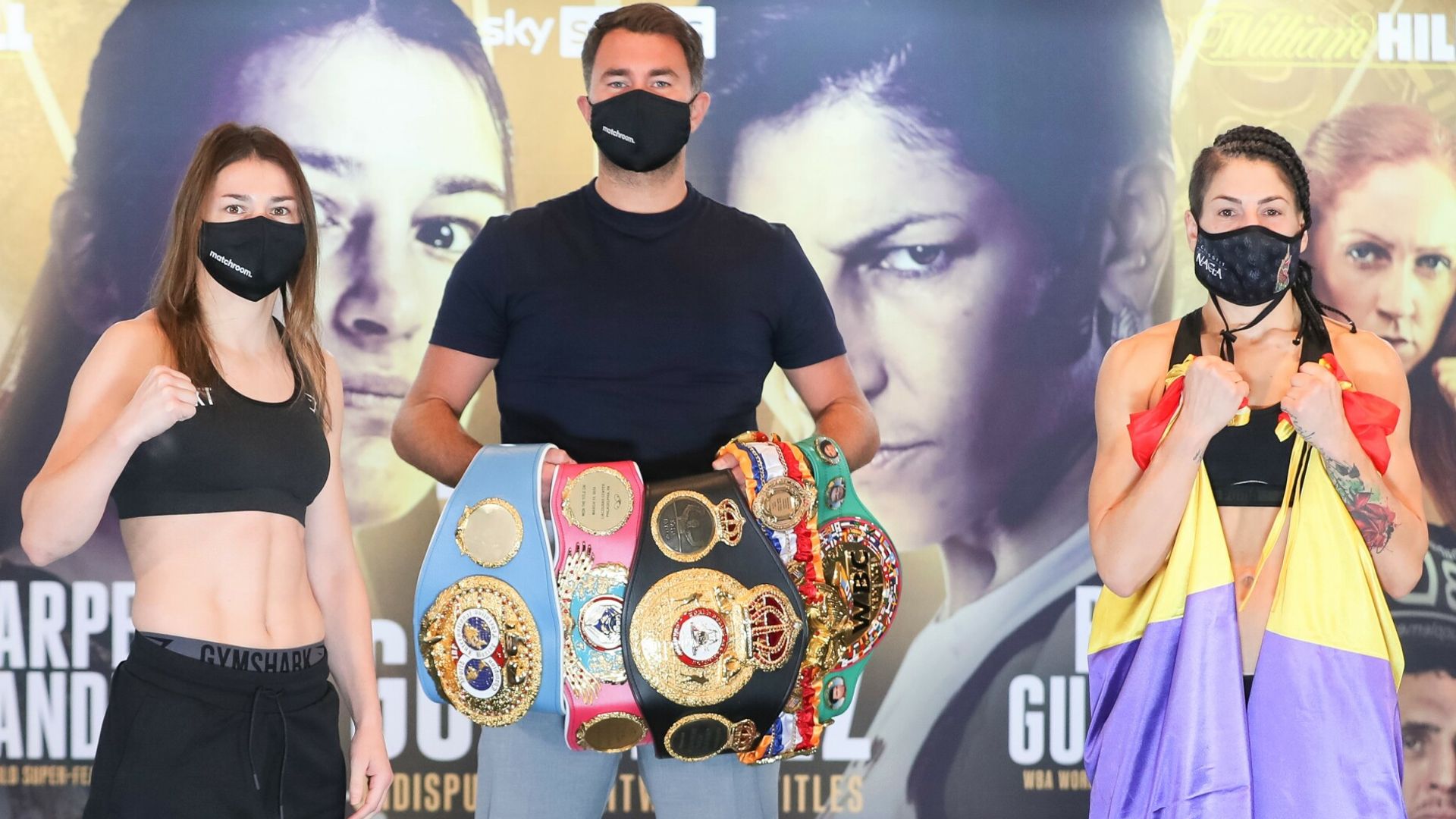 Katie Taylor on Miriam Gutierrez: “She is big, she is strong, she has a big punch;” Watch Taylor, Terri Harper and Rachel Ball on Saturday, live on Sky Sports, to be streamed free on YouTube, Facebook and skysports.com

Katie Taylor admitted she is fully aware of Miriam Gutierrez’s strength and power ahead of their undisputed world lightweight battle at Wembley Arena.

The Irish star defends her WBC, WBA, IBF and WBO belts against Spaniard Gutierrez on Saturday, live on Sky Sports, with WBC super-featherweight champion Terri Harper and Rachel Ball also on the bill at Wembley Arena.

Taylor is a two-weight world champion with a perfect 16-fight professional record, but she acknowledged the threat of a physical encounter with Gutierrez, her WBA mandatory challenger.

“No easy fights at this stage. She’s coming into this fight unbeaten as well. Two unbeaten fighters putting everything on the line tomorrow night.

“She is big, she is strong, she has a big punch, anything can happen I guess in professional boxing. I’m ready for a tough, 10 round battle. Ready to go into the trenches, if need be. I just can’t wait to display those skills tomorrow night.”

A trailblazer for women’s boxing, Taylor is delighted to top a bill which also features the talented duo of Harper and Ball.

“This is absolutely huge for women’s boxing,” said Taylor. “This is a huge opportunity for everyone on the card. We have the chance to display our skills to a new audience.”

Harper retained her WBC belt after a thrilling draw with Natasha Jonas at Fight Camp and revealed how promoter Eddie Hearn had called for a dominant defence against Katharina Thanderz this weekend.

“Eddie pulled me to one side and told me to stamp my authority,” said Harper, who weighed in at 9st 3lbs 5oz, with Thanderz coming in at 9st 3lbs 10oz.

“I need to get back to the to the old Terri, show them who is the world champion and no-one can take that away from me.

“Every fight is a tough fight, but that is what we train for.”

Ball towered over Jorgelina Guanini ahead of their clash for the WBC interim super-bantamweight, with the Midlands boxer vowing to build on her recent win over Shannon Courtenay.

“I’m so confident, I’ve trained so hard for this,” said Ball. “I’m going to walk away with that belt tomorrow night, it’s going to happen.

John Docherty was marginally lighter at 11st 12lbs 9oz than Jack Cullen, who came in at 11st 13lbs 7oz, and the British rivals shared an intense face-off ahead of their super-middleweight clash.