Rachel Ball’s fight with Jorgelina Guanini at the SSE Arena, Wembley, on Saturday will now not be for the WBA bantamweight title after Guanini failed two weight check for the fight, although the pair could still be boxing for a WBA title at a higher weight.

Guanini, 28, from Argentina, holds the IBF super flyweight title but has not boxed since June 2019. She took the fight with Ball on only ten days notice after Ebanie Bridges suffered a shoulder injury. 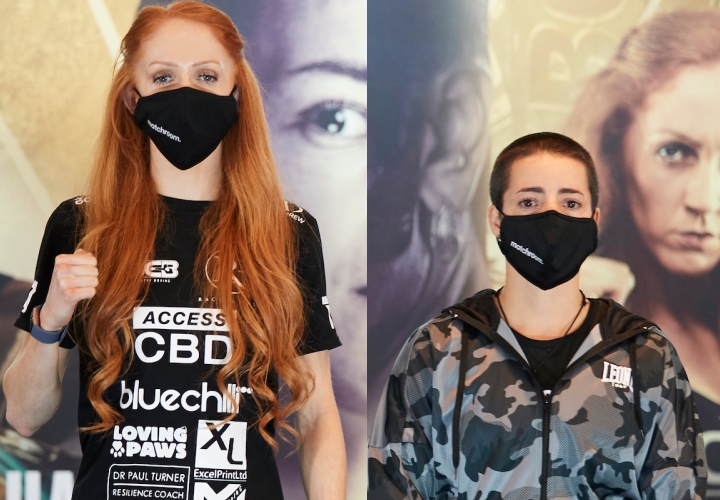 Under the British Boxing Board of Control rules she had to be within 3 percent of the target weight two days before the weigh-in – in a rule designed to stop boxers crashing the weight. This meant she had to scale under 121.5 pounds on Wednesday. It is understood she scaled 124 pounds then but was given another chance on Thursday morning, but weighed higher than the previous day, after having even cut her hair off.

An added complication is that the Board would not allow the fight to go ahead at all if Ball scales 118 pounds now as the weight discrepancy between the pair would be considered to be too great.

However, Matchroom are hopeful of making the fight for the WBA super bantamweight title if a deal can be struck with Mayerlin Rivas, the Venezuelan who holds the title, to give up the belt.

Rivas in understood to have been considering a move down to bantamweight and Matchroom are attempting to find a match for Rivas for the lower weight belt, on a Matchroom show, if Ball-Guanini can then go ahead for the vacant super-bantamweight title.