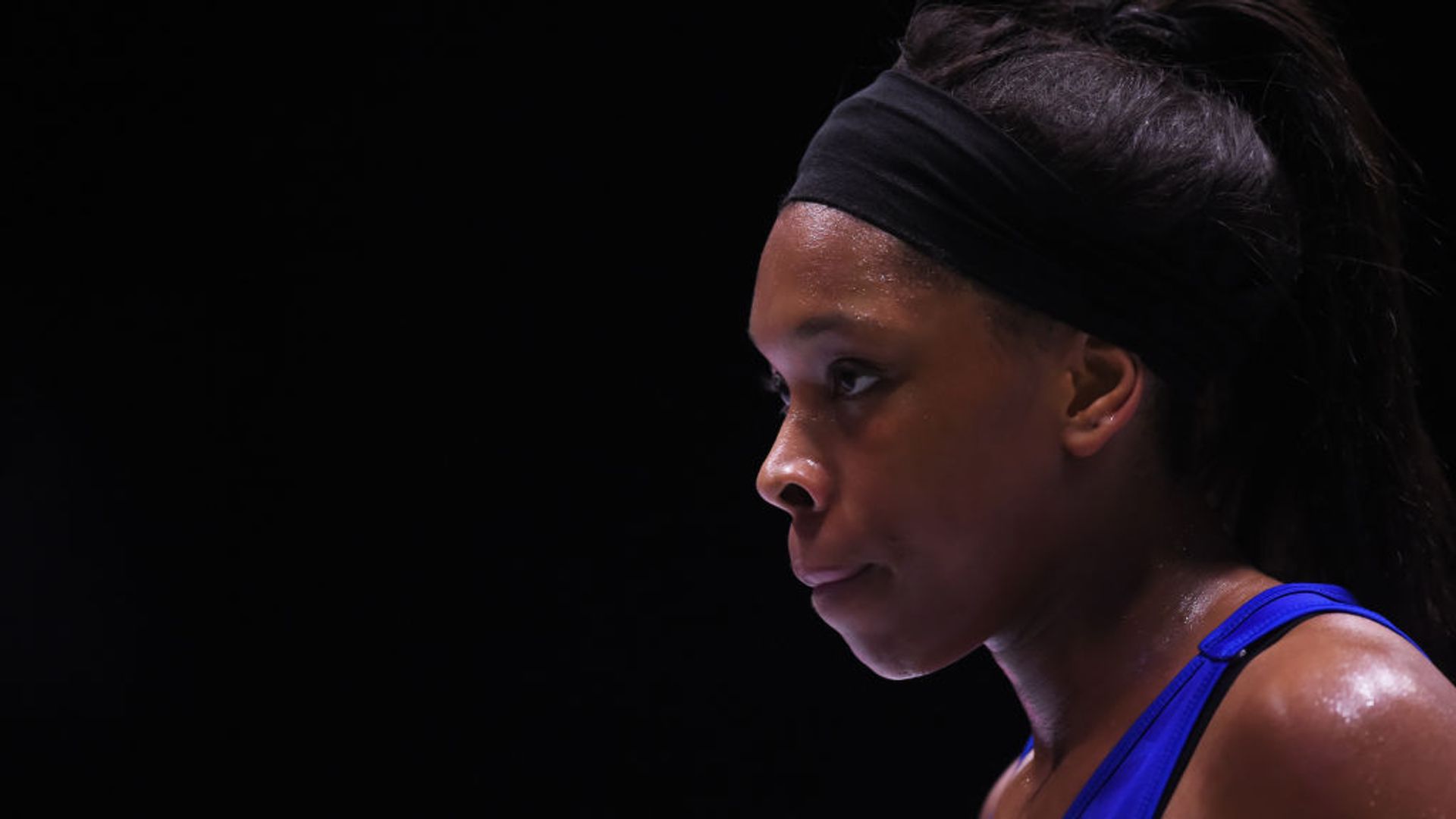 The England international wants to inspire female athletes with her return to Team Bath Netball for the 2021 Vitality Netball Superleague season; Usoro-Brown joins Serena Guthrie and Layla Guscoth at the franchise

Eboni Usoro-Brown wants to inspire female athletes to know starting a family and playing elite sport does not have to be an either-or choice.

The Commonwealth Games gold medalist announced her pregnancy back in February and new daughter, Savannah, was born at the end of August.

Throughout her pregnancy, Usoro-Brown continued to stay active on social media and after her return to Team Bath Netball for the 2021 Vitality Netball Superleague season was announced, she explained more about her training and future plans.

“Team Bath have been absolutely fantastic throughout. When I announced my pregnancy, Anna (Stembridge) was so supportive and the team were so supportive,” she said.

“They gave me a strength and conditioning programme to follow while I was pregnant. That obviously changed a little when we went into lockdown but in terms of staying active and keeping as strong as possible, I definitely managed to do that.

“Team Bath have also put me in touch with a pelvic floor consultant, Emma Brockwell, and again she will be assisting in guiding and planning my return to netball in the safest way possible.

“Hopefully my transition back to court will be smooth, but also respecting the fact that it is going to take me a little while to get back into shape.”

Usoro-Brown is hopeful her experience of maintaining her fitness during pregnancy and returning to elite netball after, will act as an inspiration to other female athletes.

She would like athletes to see that starting a family and playing elite sport is not an either-or choice.

“It’s such an important message, that just because you have had a child doesn’t mean you can’t go back to elite sport,” she said.

“We have some great role models in people like Serena Williams and Jessica Ennis-Hill.

“But, as long as you have a positive mindset and attitude, the right help and support around you and you listen to your body, there’s no reason why you can’t step back onto that court or return to any sport you loved.”

Upon announcing the defender’s return to Team Bath Netball, their head coach Anna Stembridge hailed her character and believes motherhood will help Usoro-Brown as an athlete too.

“We all know that Eboni is such a fierce competitor and inspirational leader, but becoming a mother is such a significant milestone in life and I think it will make her grow as a person,” Stembridge said.

“It is hugely inspirational that we have more women coming back to netball after giving birth. New Zealand’s captain Ameliaranne Ekenasio has a two-year-old boy, and since becoming a mother her form is better than ever.

“She talks a lot about family and the sense of calmness that returning to your child after a tough game brings. I genuinely feel that Ebs will be a better player for being a mum.

“I feel proud that Eboni is trusting us to support her on this journey. We supported Asha Francis when she came back to netball after becoming a mother. We learnt a lot from that but everyone’s experience is unique.

“We’re working with experts in post-partum fitness, as well as physios and strength and conditioning coaches with a wealth of knowledge in helping athletes return to sport.

“Netball is an extremely demanding sport and it is important that we get this right. It is going to be hard work but both Jo Vann and I have young families too, and know what Eboni will be experiencing.”

Keep an eye across SkySports.com/Netball as Team Bath Netball continue to announce the members of their 2021 Vitality Netball Superleague squad over the course of the day.