Filip Hrgovic’s co-promoter, Nisse Sauerland, says there is no issue with facing heavyweight contender Michael Hunter – who would love to secure the opportunity to face the undefeated Olympic bronze medal winner.

Last week, Hrgovic expanded his unbeaten run to 12-0 when he beat down and stopped Rydell Booker in a one-sided contest. 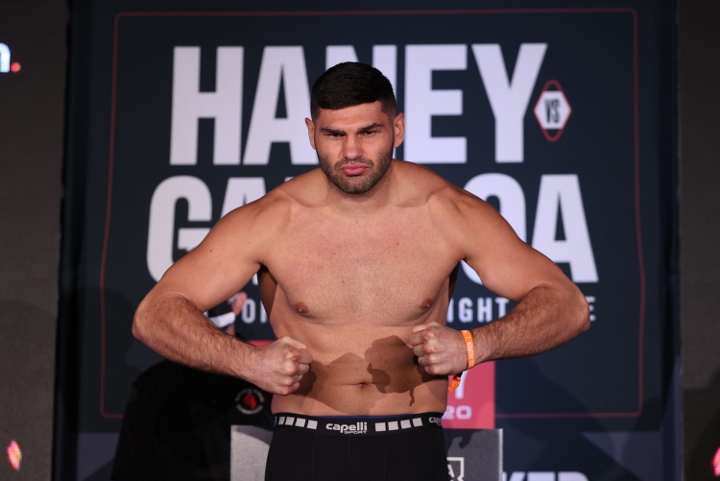 According to Sauerland, they were willing to face Hunter last December, as part of the Anthony Joshua-Andy Ruiz undercard in Saudi Arabia.

Hunter went in a different direction by electing to face Alexander Povetkin, which ended in a close points draw.

Hrgovic is ranked at number 6 by the IBF, while Hunter sits two positions higher at number 4.

Sauerland would like to have the fight become a final eliminator for a potential world title shot in the future.

“The Hunter fight would be great,” Sauerland told Sky Sports. “We’ve accepted it once before actually. I think that was Saudi Arabia, we had him offered to us, but he fought Povetkin which is totally understandable.

“Bring it on. Hunter is a good name. I rate him as a fighter, because he takes on pretty much anyone and doesn’t really back down, and it would be a great fight. I think Filip will be too strong for him, but the fans want to see it. It makes sense for everyone and it’s a good fight for heavyweight boxing.

“For us, that would be an important fact that the fight is for something, and I think for Michael Hunter as well. After Filip’s win on Saturday, I don’t see why it can’t be a final eliminator. Bring it on. From our side we have got no qualms about fighting Michael Hunter, and it’s going to be a great fight. We’re ready, whenever.”

Lenin Castillo: I’m A Bigger Puncher Than Callum Smith; Different Power At 175 Than At 168