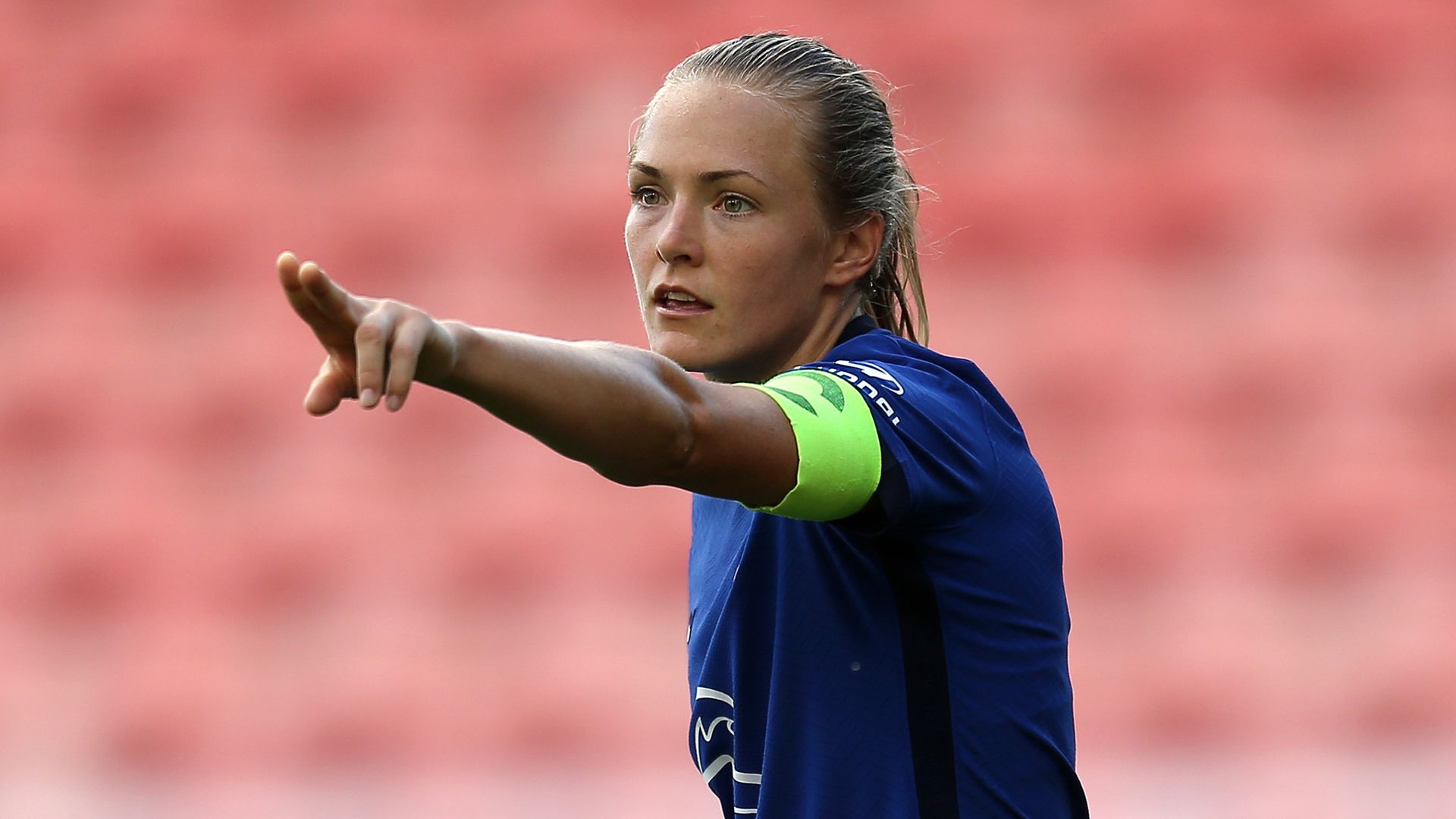 Chelsea captain Magdalena Eriksson is aiming to lead her side to a new era of dominance after committing her future to the club.

The full-back has agreed a new deal until 2023 and the aim of winning Chelsea’s first Champions League is one of her biggest motivating factors.

“We are not shy about our goals, we want to win everything we participate in,” Eriksson told Sky Sports News.

“It’s the biggest tournament and we have our eyes set on it. We missed it last year, it was devastating to watch other teams play when you’re not in it.

“We’re hungry this year, we’re on the right path, I have a core belief we can do it.”

Lyon have won the Champions League for five consecutive years but Eriksson insists the mentality and talent developed at Chelsea under head coach Emma Hayes puts them in the best position to end that run.

“The squad is by far the strongest we’ve had since I’ve joined the club. I feel like, and we all have the belief, that we can achieve anything.

“It’s the culture of the team. Everyone is friendly, everyone is accepting of people’s differences and cultures. After the first month here this has been my home.”

Chelsea have heavily invested in their playing squad over the last twelve months, with the likes of Sam Kerr, Melanie Leupolz and Jessie Fleming adding to the squad.

The biggest headline-maker was spending a world-record fee to bring Wolfsburg forward, and Eriksson’s partner, Pernille Harder to the club.

“I think it’s very good, we were used to it at our old club Linkopings in Sweden. We know how it is, me and Pernille are the same with our mentality, the way we view football and the way we live our lives.

“For us, it’s only a positive and it’s really nice to have her here.”

Eriksson has won the WSL twice since joining Chelsea in 2017 and was named in the PFA WSL Team of the Year last season.

Chelsea are currently third in the standings with a game in hand on leaders Manchester United. They face title rivals Arsenal on Sunday to cap off The FA’s Women’s Football Weekend.

“We still early in the season and there will be a lot of defining moments but it is a big game.”

“From the Swedish point-of-view, I have a lot of people following the game from Sweden. It’s just amazing, the league is growing and growing and it’s an exciting time for women’s football.”