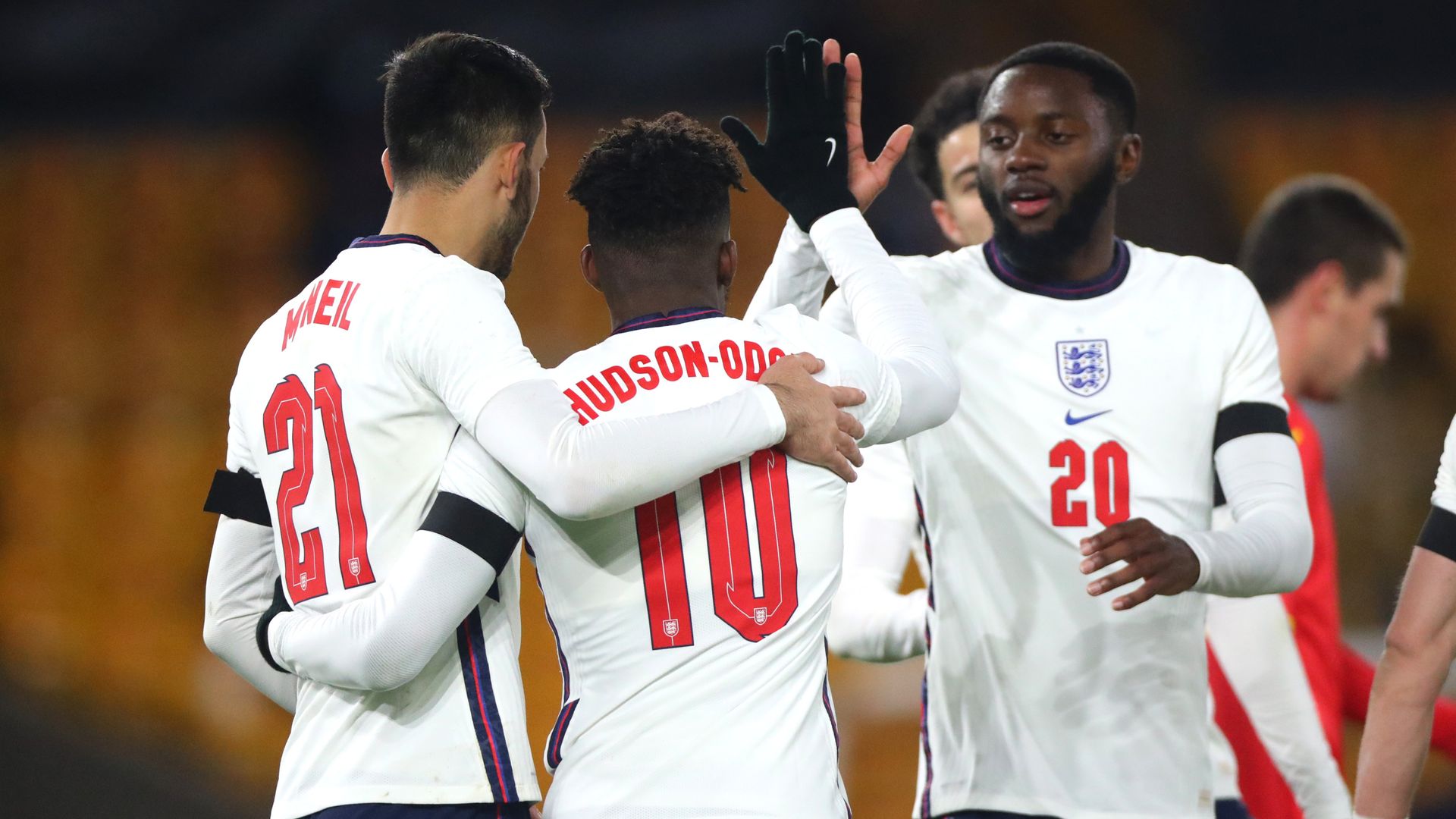 England Under-21s started their Euro 2021 countdown as they avoided another scare against Andorra to eventually beat the minnows 3-1.

Christian Garcia’s spot-kick had hauled the plucky visitors level at the break as they threatened another upset after last month’s 3-3 draw.

The Young Lions’ victory could have been greater with Rhian Brewster hitting the post and Jonathan Panzo’s header being cleared off the line.

England won Group Three last month to book their spot at Euro 2021 and extended their unbeaten run of qualifying matches to 44 ahead of Tuesday’s final game against Albania.

It has been exactly nine years since they lost a qualifying game – a last-minute 2-1 defeat in Belgium in November 2011. October’s surprise draw in Andorra was also the first time they had dropped points this campaign, something which irritated boss Aidy Boothroyd.

The Young Lions were hunting some form of retribution but were frustrated despite a predictably dominant opening. Hudson-Odoi was England’s bright spark and went close after 18 minutes but shot too close to Iker after Panzo’s clever pass.

Two minutes later Brewster thumped the post after escaping on the right and the chances continued when Conor Gallagher’s drive deflected wide.

Andorra worked hard and planted 10 men behind the ball but it was no surprise when England opened the scoring after 27 minutes.

Again, Hudson-Odoi was involved and his deep cross found Jones arriving to score his first Under-21 goal from six yards.

While it failed to open the floodgates the Young Lions remained in charge and were denied a second six minutes before the break when Garcia cleared Panzo’s header off the line.

But Andorra grabbed a shock leveller in first-half injury time as England got sloppy. Gallagher’s tackling had been poor and a bad touch in the area allowed Eric Izquierdo to nip in before the West Brom loanee brought him down.

Garcia – who bagged the last-minute leveller in Andorra last month – scored from the spot. Panzo was also angered by the exuberant celebrations and squared up to Izquierdo when he went to retrieve the ball.

But the hosts regained the lead three minutes after the break when Wilmot arrived before Iker to nod in Dwight McNeil’s corner.

Andorra refused to cave in and Rosas Ubach shot straight at Aaron Ramsdale yet England clinched the points after 65 minutes.

Garcia rashly felled Brewster in the area as he looked to reach Jones’ cross and Hudson-Odoi netted the penalty. McNeil blazed over and Ebere Eze was denied by Iker late on as England failed to find a fourth.