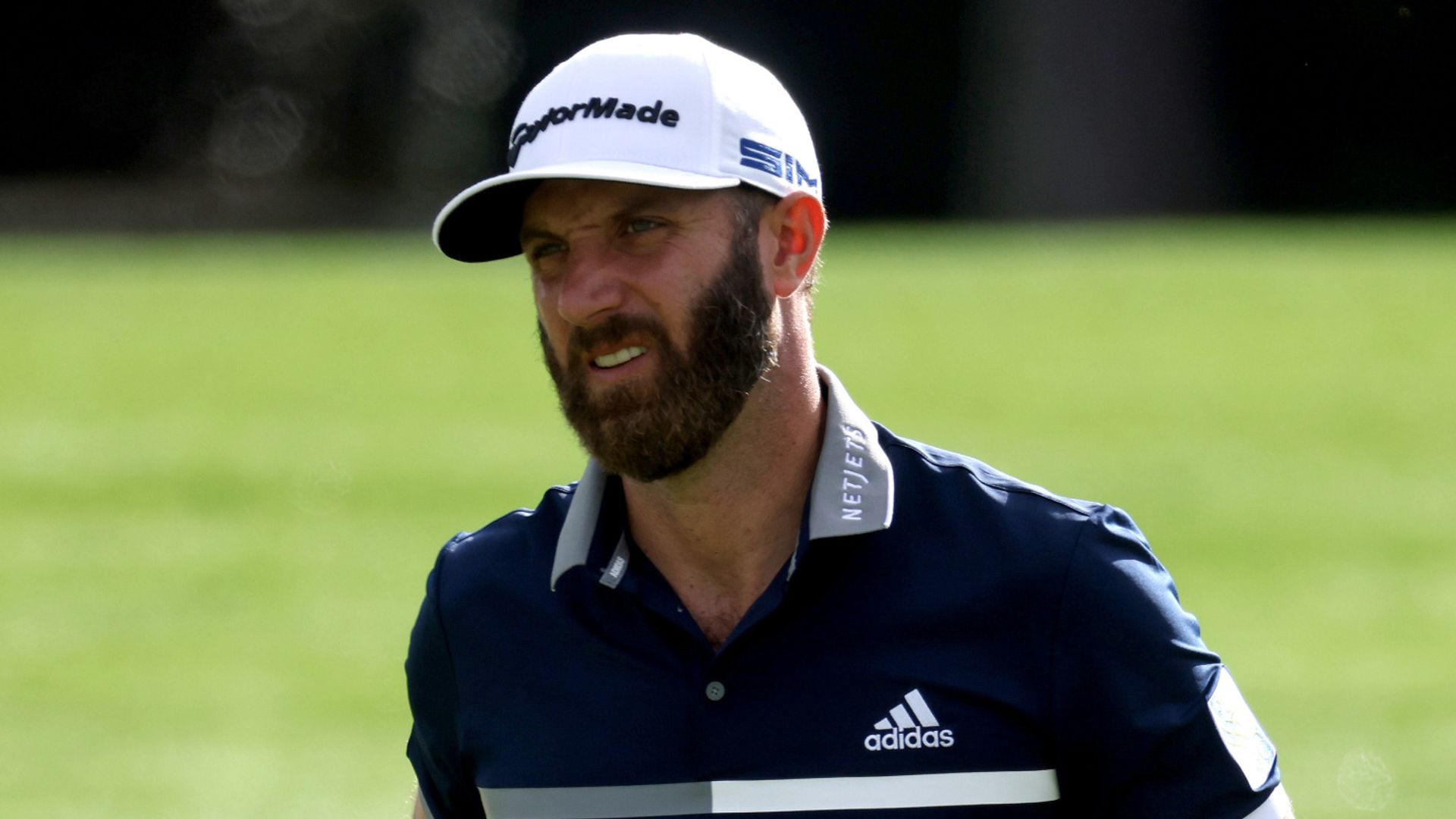 Dustin Johnson and Justin Thomas alongside Abraham Ancer and Cameron Smith in a share of the lead at The Masters, with Jon Rahm in the group one back and yet to finish his second round at Augusta National

Dustin Johnson and Justin Thomas were both disappointed not to be ahead of the chasing pack after having to settle for a share of the halfway lead at The Masters.

The pair sit in the group of four players tied at the top of a congested leaderboard at Augusta National, with Mexico’s Abraham Ancer and Australia’s Cameron Smith alongside the American duo on nine under.

The world No 1 would go on to post back-to-back bogeys over his next two holes and then went on a run of 11 straight pars, with Johnson needing a final-hole bogey to close a second-round 70 and move back level with the leaders.

“I feel like I played a little bit better than my position right now,” Johnson said. “I’m still happy with the way I’m swinging it, how I’m controlling the golf ball and everything I’m doing. Rolling the putter good, just hopefully can see a few more go in over the weekend.

“It’s a day where if you can get it going, you’ve got 27 holes to play, so it could work in your favour. I felt like that through the start of the second round and kept it going, really. I felt like I swung it well, was hitting the shots that I wanted to hit and giving myself some good opportunities for birdies, just didn’t make anything.

“I just need to play the par-fives a little bit better over the weekend. I think that’s the only thing that I need to really do any better is just figure out how to get some better looks on the par-fives.”

Thomas sat one shot back after an opening-round 66 and recovered from two early bogeys in his second round to make four straight birdies from the 15th, before bouncing back from a double-bogey at the first to pick up a shot at the next and close out his three-under 69 with successive birdies.

“It wasn’t an ideal start after a pretty good finish this morning,” Thomas said. “I was bummed about that putt on 18 this morning to finish my first round. I felt like that was a great chance to get tied for the lead and get a little momentum going and I really hit a poor putt.

“I tried to get that out of my head as quick as I could and it was an odd start to be two over after four. Kind of botched 13 pretty bad, but hung in there and understood that as soft as the course is, I could make a lot of birdies and get it back.

“I was able to do that and then gave two of them right back on No 1, so just tried to stay patient and hang in there. It’s definitely not as low as I feel like I could or should be, but we’re in good position going into the weekend.”