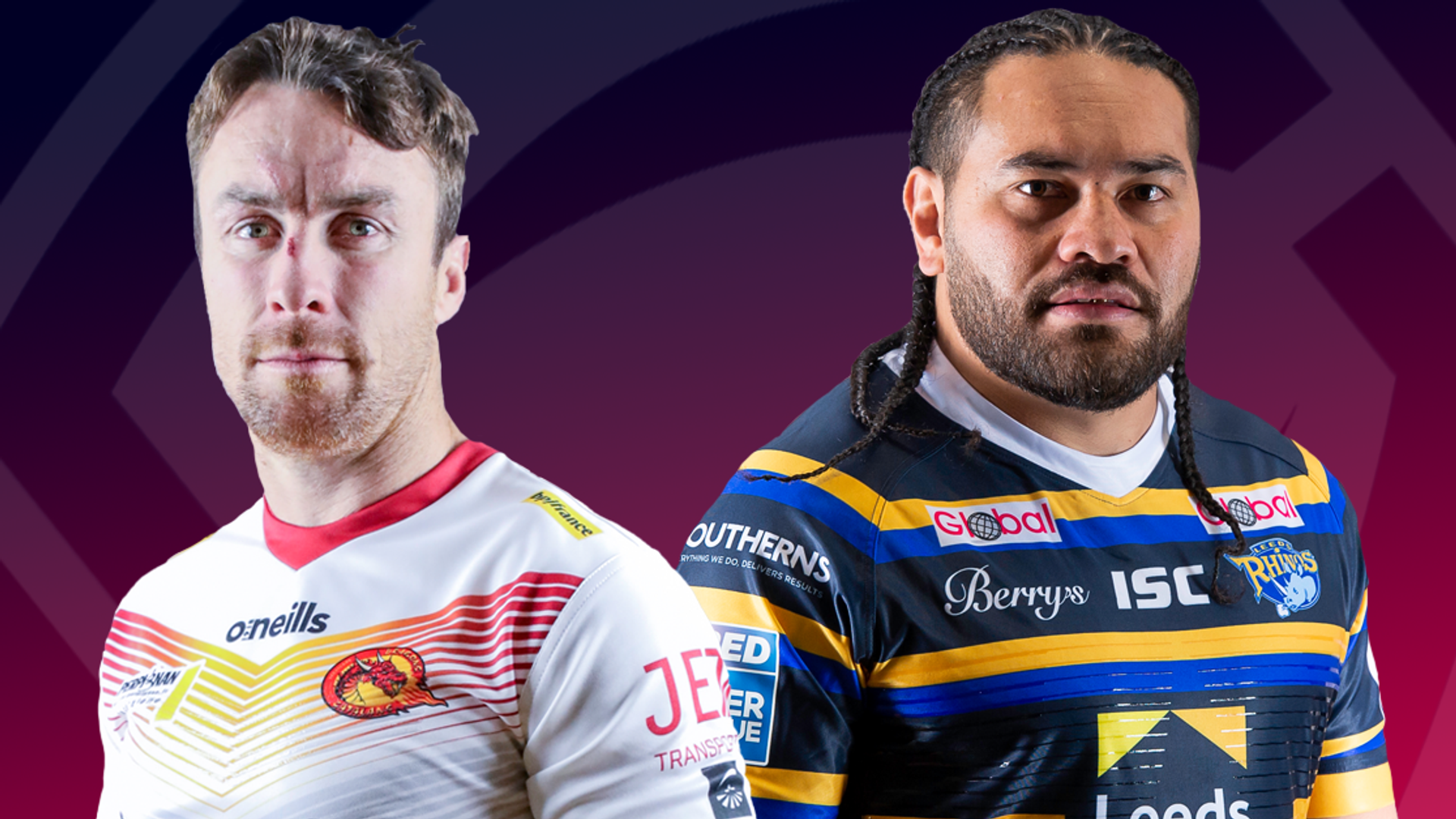 Catalans Dragons and Leeds Rhinos face off to decide the remaining semi-final place in the Super League play-offs on Friday. Watch the match at the Halliwell Jones Stadium live on Sky Sports Arena and Mix from 7.30pm.

Catalans success ‘would be everything to the whole area’

Growing up and playing rugby league in Wigan in his youth, Tom Davies knows how much the sport means to the communities where it has a lengthy history.

Since joining Catalans Dragons, the winger has found it to be the same in France – not just in their home city of Perpignan, but across the wider region as well.

The Dragons’ fourth-place finish on the win percentage-adjusted table means they are embarking on their first Super League play-off campaign since 2014 when they take on Leeds at the Halliwell Jones Stadium on Friday.

The 2018 Challenge Cup winners have yet to reach the Grand Final since joining Super League 14 years ago, and Catalans’ leading try-scorer Davies is under no illusions about what it would mean to the wider region if the French club were to go on and lift the title this year.

“It would be everything to the whole area, to the people and the players,” Davies told Sky Sports. “When I came, I didn’t realise how ingrained in the actual culture it is.

“When you first meet the fans, they’re so passionate and that’s what they love to see – people who play week in, week out and play their absolute hardest. They see that as playing not just for the Dragons, but the region.

From ‘a half-back who couldn’t pass’ to wing wizard

“It’s a very proud area and they’re very patriotic about the region they live in, and that’s a good thing to have. One of the first times I spoke to someone from the fan club, they said ‘you don’t just play for Catalans, you play for everyone in the region’ and I thought that was really good.

“You’ve got to have pride in the team you’re playing for and if we can get a final for these it would be absolutely crazy around here for about six weeks.”

Sean Long knows a thing or two about what it takes to succeed in the Super League play-offs, having been instrumental in four of St Helens’ Grand Final triumphs during the early years of the 21st Century.

Now the former Great Britain half-back is passing on the benefits of his experience to the Leeds players as they aim to add the 2020 Super League title to their Challenge Cup triumph at Wembley last month.

Long, who will join the Rhinos staff on a permanent basis next year, has been brought in to work alongside James Webster this week, with head coach Richard Agar currently self-isolating under Covid-19 protocols.

And Agar, who will be following the match from home in front of his television, is in no doubt the 44-year-old will be able to influence Leeds’ attacking game.

“We feel our attack has got off track a bit,” Agar said. “We feel that because of the situation of not training properly, not reviewing as we normally would, not being able to fix anything up, it has been a difficult period for our attack.

“Sean is coming in at this time to do a little bit of work with the half-backs, to get us invested in ourselves a little bit, to get us back to doing what we do well and reaffirming our principles.”

Richard Agar on how he will be keeping across Leeds’ play-off clash with Catalans while self-isolating at home.

Leeds’ one game against the Dragons so far this year saw them go down 34-6 at the end of September, and Agar has been impressed by what he has seen from the French side throughout 2020.

“What I’ve seen of them and their best football this year, and some of their best performances, I think they’re a team who are capable of winning it,” Agar said.

“They’ve got some of the best players in the competition, some really class acts and dangerous men in their team. I think they’re a really strong outfit.”

The Dragons are at full strength, with Sam and Joel Tomkins, Jason Baitieri and Matt Whitley returning after sitting out the 42-24 defeat to Salford Red Devils in their final regular season match due to Covid-19.

Leeds have Konrad Hurrell, Matt Prior, Richie Myler and Tom Briscoe all available after missing the 20-18 win against Wakefield Trinity last time out through having to self-isolate due to track and trace. Second rower Alex Mellor is suspended, however.

The winners of this match will face St Helens at the Totally Wicked Stadium on Friday, November 20.