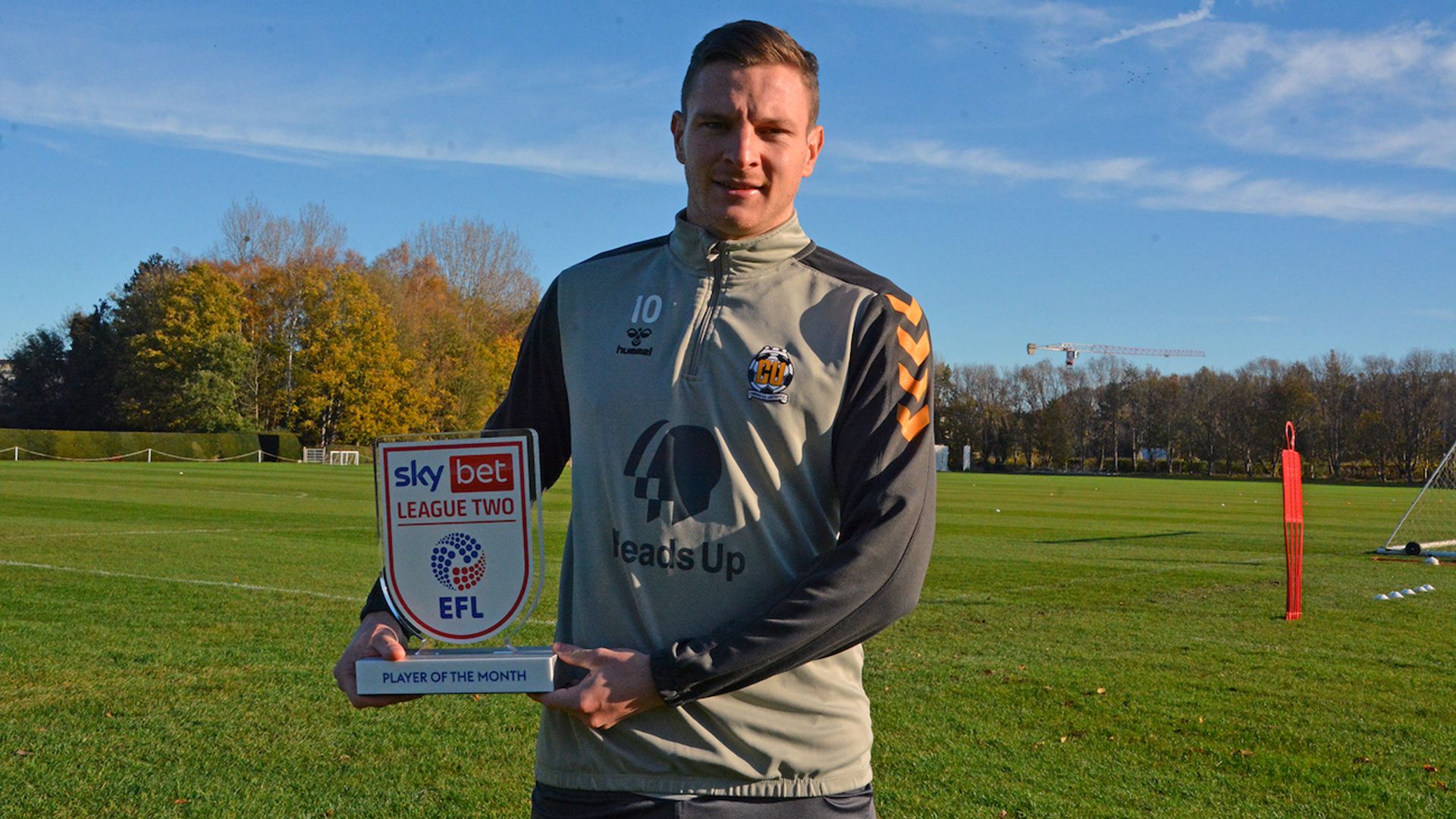 Paul Mullin has only played 14 games this season.

In those 14 games, however, the Cambridge striker has chalked up an astonishing 13 goals. It’s the best return the 26-year-old has ever posted and the campaign is little more than three months old. There are still 35 league games to play.

His journey really could have been so different.

“At first I was at Everton and then I left to go to Liverpool,” he explains to Sky Sports. “I’ve always supported them so it was a dream for me.

“When you are a kid you think you are going to play for Liverpool but my mum and dad always did try and warn me that things could go wrong. There were times when I could’ve moved on to other clubs before I eventually got released and chose not to against my mum and dad’s advice.

“It was a dream to play there and I always hoped there could be a chance I could make the first team. It was quite naïve of me at the time looking back but it was a dream and something I can always tell my son.

“When I was younger, Fernando Torres was one of my idols. I used to go to the games every week when he was at Liverpool and watching him play every week was just a joy. I was sitting watching the other day with [Ipswich striker] James Norwood, who I live with and I was reading out every goal as it came on – I’ve memorised them so much!”

Upon his eventual release, a 16-year-old Mullin flew to Spain for a trial with Racing Santander, who were in competing in La Liga at the time. After a month on the Cantabrian coastline, however, a combination of factors brought him back to Merseyside.

“It was enjoyable and, looking back now, it was an unbelievable experience,” he continues. “The football was different and the lifestyle would’ve been totally different. During the time I was there, we’d train in the evenings, so you’d have the daytime to go to the beach, which was great.

“I look back now with good memories but at the time, it did all go badly as they were in financial trouble. I was grateful to come back home as I was homesick, being a young lad over in Spain. It was quite a relief to come back but looking back it was a shame.”

Having missed the deadline to sign a scholarship at an EFL club as a result of his exploits on the continent, ironically, it was the Liverpool FC Foundation Football College that helped Mullin get back on track.

“It was a good time that just gave me time to enjoy football and really find where I wanted to play because at Liverpool I was playing out of position and sort of lost what I was. It gave me time to reassure myself that I was a centre forward and enjoy playing football again.”

A friendly against Huddersfield piqued the Terriers’ interest, which led to a one-year contract but it was at Morecambe where he began to make a name for himself, missing just 16 fixtures of a possible 138 across three League Two seasons with the Shrimps.

Mullin initially joined Cambridge on a six-month loan in January, having made just 17 league starts across two frustrating seasons with Tranmere, and scored twice in six appearances at the beginning of Mark Bonner’s initial spell as caretaker boss.

It didn’t take long for him to realise that the Abbey Stadium was where he wanted to write the next chapter of his career.

“I went to see the manager [Micky Mellon] with a couple of days left of the window and I said I wanted to get more game time and if he couldn’t guarantee it, I’d like to move on, especially with my contract coming to an end. Micky was sound and said I wasn’t going to play as much as I’d have liked, so he’d let me go. On the last day of the window, Cambridge gave me a ring and I jumped at the chance to go and enjoy football again.

“When I first came, the lads were great with me but, more importantly, the manager. He got the way I play and he wanted to play the way I enjoy playing, which played into my hands. Then, come the summer, it was an easy decision for me as I’d been there, knew what it was about and I knew the manager liked me and I really liked him. I think that’s a big thing in the football game really.”

Bonner was appointed head coach on a permanent basis on March 9 and in late July, Mullin signed a one-year deal. “I had the option to sign for longer but my decision was more of a family one – I’ve got a little boy back in Liverpool,” he says.

In no uncertain terms, Mullin credits Bonner’s trust and support as the most significant factor in what has been a remarkable start to his time as a permanent member of the Cambridge squad.

“When you are a forward, you are judged on the goals you score,” he adds. “Other times in my career I moved positions to play out wide and was still judged on the goals I scored because I was still classed as a forward player. Since I’ve been here, I’ve had a manager who has really trusted me to play up front.

“The gaffer fully trusts me, believes in me and respects what I do. He’s brilliant with me and has really brought us together as a group and stamped down the way he wants us to play. Thankfully we’ve been doing him a favour but he also does us a lot of favours; he takes pressure off us and just outlines what we need to do every week.

“Equally important is the fact I’ve got players around me who are creating chances for me and giving me a platform to go and play well and score the goals.”

Taking Mullin under his wing might just be the single most important decision Bonner makes all season.