One of the most talented fighters in the world, the 33-year old Crawford (36-0, 27 KO) has felt like he’s spinning his wheels the last few years. He’s won and then defended the WBO belt three times after lineal reigns at lightweight and Jr. welterweight.

Big challenges haven’t come to fruition in his third weight class. 34-year old challenger Kell Brook (39-2, 27 KO), like Amir Khan, provides a recognizable name but one that may be too far past his sell-by date. Brook hasn’t fought at welterweight in over three years when he lost the IBF crown to Errol Spence in a very good fight. Can Brook summon his old form and make a run at Crawford?

If so, this could be more than a showcase. The undercard features an excellent rematch at Jr. bantamweight between Joshua Franco (17-1-2, 8 KO) and Andrew Moloney (21-1, 14 KO). Franco upset Moloney over the summer. 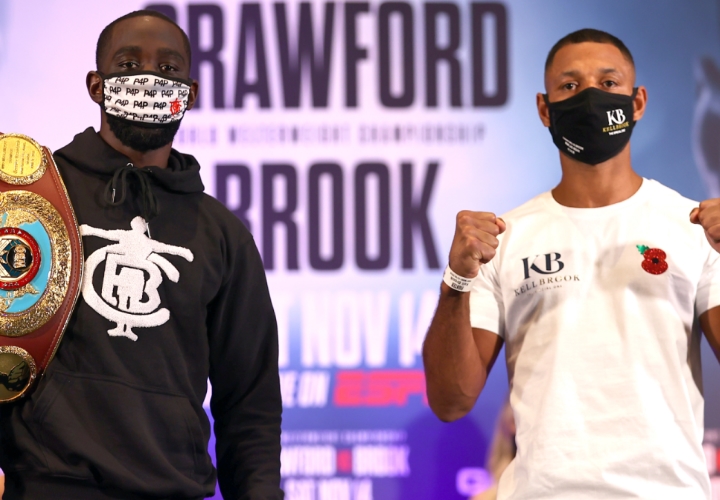 The lightweight title is on the line in Wembley. 34-year old undisputed queen Kattie Taylor (16-0, 6 KO) returns from a second long night with Delfine Persoon for an undefeated challenger. 37-year old Miriam Gutierez (13-0, 5 KO) hasn’t been in with anyone like Taylor but at 37 she’ll have to bring everything she’s got. This opportunity may not come a second time. It’s part of a tripleheader of title action. WBC 130 lb. titlist Terri Harper (10-0-1, 5 KO) also defends against Katharina Thanderz (13-0, 2 KO) and Rachel Ball (6-1) faces Jorgelina Guanini (9-1-2, 1 KO) for a vacant WBA bantamweight belt.

Undefeated middleweight prospects square off with dreams of title hopes at risk. 24-year old Amilcar Vidal (11-0, 10 KO) has shown some pop early on and faces his third straight unbeaten foe. 29-year old Edward Ortiz (11-0-2, 4 KO) has had some close calls but kept his “0” so far. It’s one of two unbeaten clashes with Henry Arredondo (7-0, 4 KO) and Eros Correa (9-0, 7 KO) also set to throw down. Undefeated heavyweight hopeful Efetobor Apochi (9-0, 9 KO) is also in action.