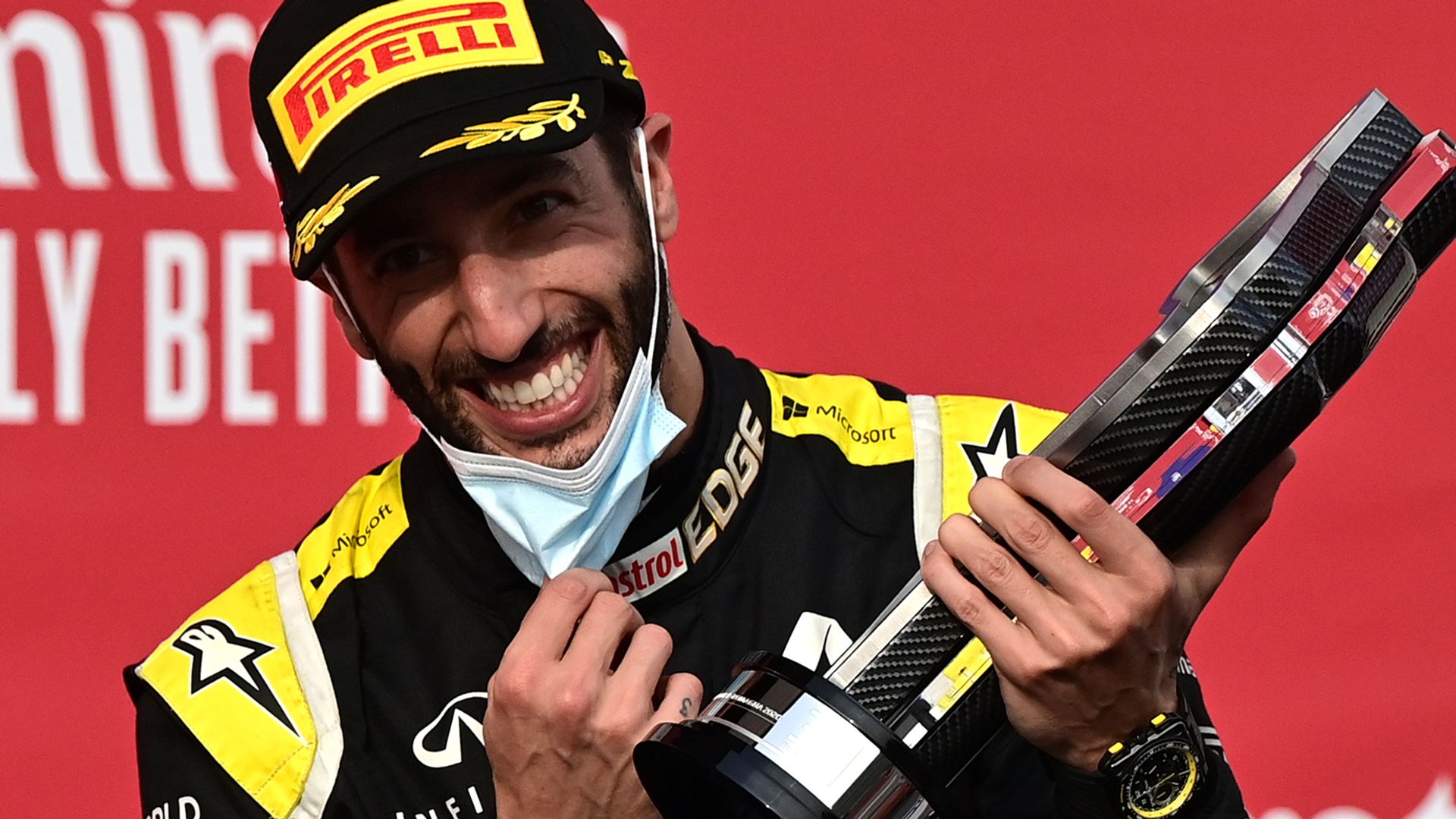 Daniel Ricciardo will continue putting in his all for Renault before leaving the team and says that has to be “respected and understood” by his next team, McLaren; Renault currently one point ahead of McLaren and Racing Point in F1 battle for third

Daniel Ricciardo has insisted he does not feel “awkward” racing hard against his future team McLaren – and is bidding to finish 2020 on a high by helping Renault come out on top in Formula 1’s closest battle.

Renault are currently third in the Constructors’ Championship – which would be their best season result since 2007 – but only one point ahead of midfield rivals McLaren and Racing Point heading into this weekend’s Turkish GP, the first of four races to finish the campaign.

An added intrigue to that fight is the fact their star driver Ricciardo – who has scored the vast majority of those 135 points during one of the best seasons of his F1 career – is leaving for McLaren at the end of 2020.

Ricciardo, however, is adamant he will continue to show “intensity and loyalty” with Renault, speaking to Sky F1 after being asked if there was any awkwardness about trying to get the better of his next team.

“Not at all,” he said. “I looked at the team, and I looked at myself, and I really made a promise to them that I’ll do all I can before the chequered flag in Abu Dhabi [F1 2020’s last race] and there’s no fun and games.

“I think honestly, McLaren watching, and anyone who really cares and who is a real racer over there at McLaren, will appreciate and respect that. I’ll show the right intensity and loyalty and everything I can with Renault until the end, and in my mind that has to be respected and understood.”

Ricciardo, who is fourth in the drivers’ standings and arrives in Istanbul after two podiums in three races, added: “Next year, when the page turns, I’m all in with McLaren – but until then I’m going to keep going at Renault.”

Early starts: when to watch the Turkish GP

With a three-hour time difference between the UK and Turkey, it’s the earliest start times of the reshaped season this weekend for live coverage on Sky Sports F1 on a weekend Lewis Hamilton could clinch a record-equalling seventh world championship.