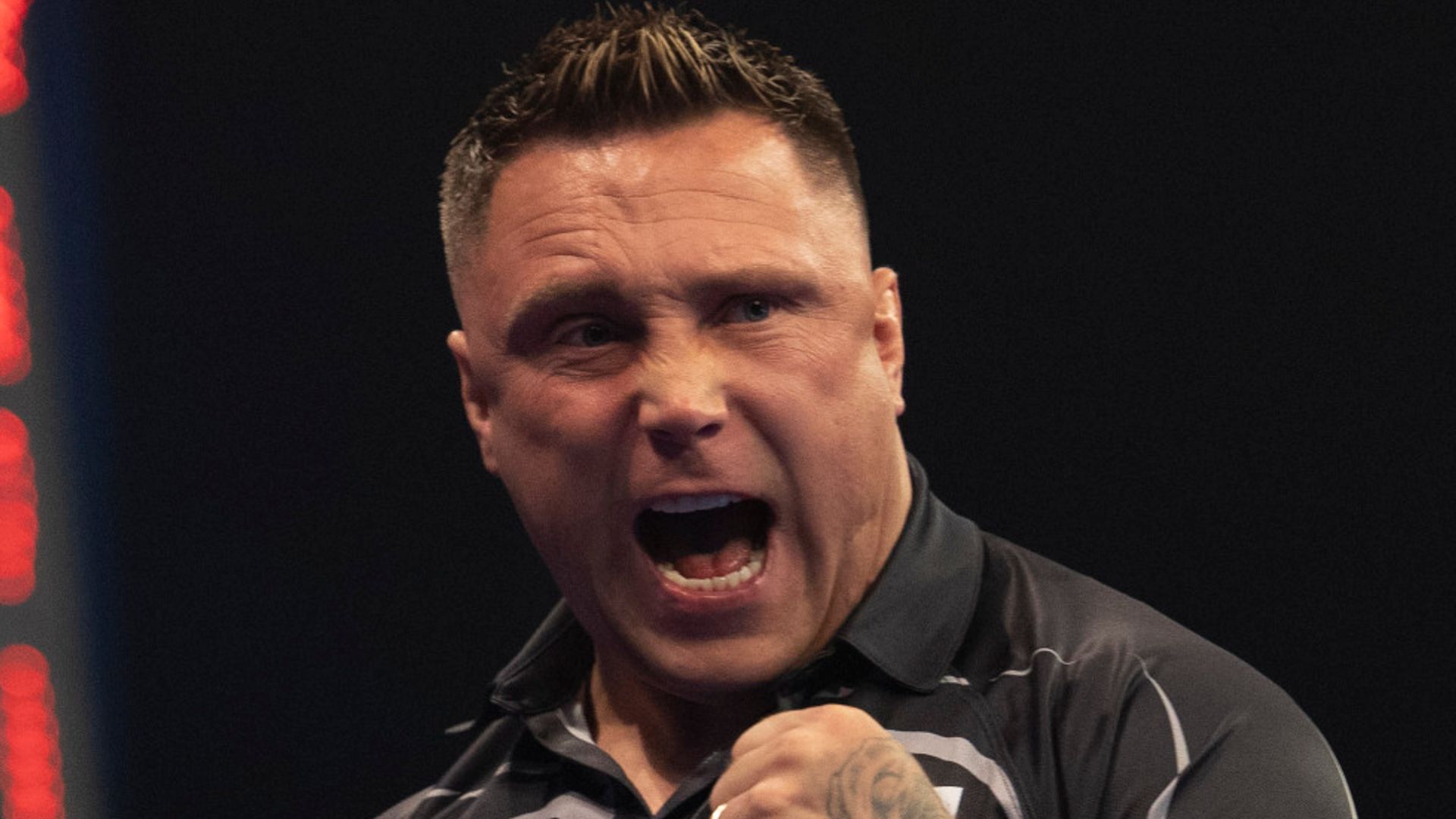 Fresh from leading Wales to World Cup success, Gerwyn Price secured his eighth PDC title of the season with victory over emerging Australian Damon Heta at the Ricoh Arena.

Fresh from leading Wales to World Cup glory on Sunday, Gerwyn Price clinched his eighth title of 2020 with an 8-6 victory over Damon Heta on Day Three of the Winter Series.

Michael Smith ended his two-year title drought by claiming the first two events at the Ricoh Arena, but top seed Price delivered the goods on a thrilling day of darts on Thursday, which also saw Nick Kenny land a nine-darter in his opening round defeat to Dimitri Van den Bergh.

In a clash between ‘The Iceman’ and ‘The Heat’ in the final, Price drew first blood – converting a clinical 87 kill for an 11-dart break of throw, although Heta rallied, breaking straight back and firing in an 11-darter of his own to regain the initiative.

The Australian led 4-3 yet could have extended his buffer, missing two darts to break in legs four and six, although the pair began to up the ante midway through proceedings, trading 12-darters as Heta maintained his narrow cushion.

Price established control with legs of 15 and 14 darts to lead 6-5 but immediately relinquished his advantage with a spate of missed doubles, but having restored parity at six apiece, Heta lost his way in the closing stages – squandering five darts to force a decider as the Welshman pocketed the £10,000 top prize.

“I’ve gone home twice. I’ve had a really bad head all week, I’ve got on the dual carriageway, I had some KFC and then I thought I feel alright now, I’ll go back. I did that twice,” Price told the PDC’s Dan Dawson.

The Colonel’s secret recipe has changed the Iceman’s mind twice about heading home!

Hear from your Champion on Day Three… pic.twitter.com/pZcPqHJngV

“I am actually going home today. I’m having a day off tomorrow and coming back Saturday. I need a little break, just one day.

“I knew I was going home so I just wanted to get a win, get home, refresh and come back Saturday. I probably wanted this one a little bit too much but I’m glad to get this win. I haven’t won much over the last two days but I’m still confident, I’m still playing well and that’s all that matters.”

Price received a first-round bye after Gary Anderson withdrew from the remainder of the Winter Series with a knee injury, but the Welshman was forced to survive a scare in his opener against Reece Robinson, recovering from 5-3 adrift to prevail with a 101.9 average.

The world No 3 then relinquished the solitary leg across his next two matches, following up an emphatic 6-1 win over Gavin Carlin by whitewashing Jeff Smith to reach the quarter-finals, where he accounted for Stephen Bunting.

Price made light work of William O’Connor in the semi-finals, reeling off four of the final five legs to down the Irishman, who dumped out James Wade and Jonny Clayton en route to the last four.

Heta kicked off his campaign with a thrilling deciding-leg win over Adrian Lewis in a contest featuring 13 maximums, before edging out Niels Zonneveld in another tussle that went the distance.

‘The Heat’ then posted ton-plus averages in wins over Justin Pipe and Ross Smith, before seeing off Krzysztof Kciuk and Callan Rydz in the quarter-finals and semi-finals respectively, as both men produced their best showings in a Pro Tour event.

However, Heta was denied a third PDC crown in Coventry, as Price enjoyed the perfect preparation ahead of his assault for a third consecutive Grand Slam success by adding to his growing title haul.

Non-stop darts as truncated season comes to a close

Over the next four weeks, a relentless schedule will round-off the PDC season and finalise the field for this year’s World Championships which remain scheduled for Alexandra Palace in mid-December.

The final two days of Pro Tour action continue on Friday with Grand Slam places still up for grabs as well as the last chance for many to secure their Tour card for next season. You can follow the Grand Slam action on Sky Sports with all nine days from Coventry getting underway on Monday, November 16.

Following the Grand Slam, the tungsten stays at the Ricoh Arena with three days of Players Championship Finals action and then the final qualifier for the World Championship.

Sky Sports Darts will keep you across all the action as the season reaches its climax. As well as all the action, The Darts Show podcast will catch up with all the players, discuss the talking points and get expert opinion from former world no 1 Colin Lloyd.

Follow the action from the Grand Slam with all nine days covered on Sky Sports Arena – and if you are out and about follow updates via our live blogs and @SkySportsDarts.