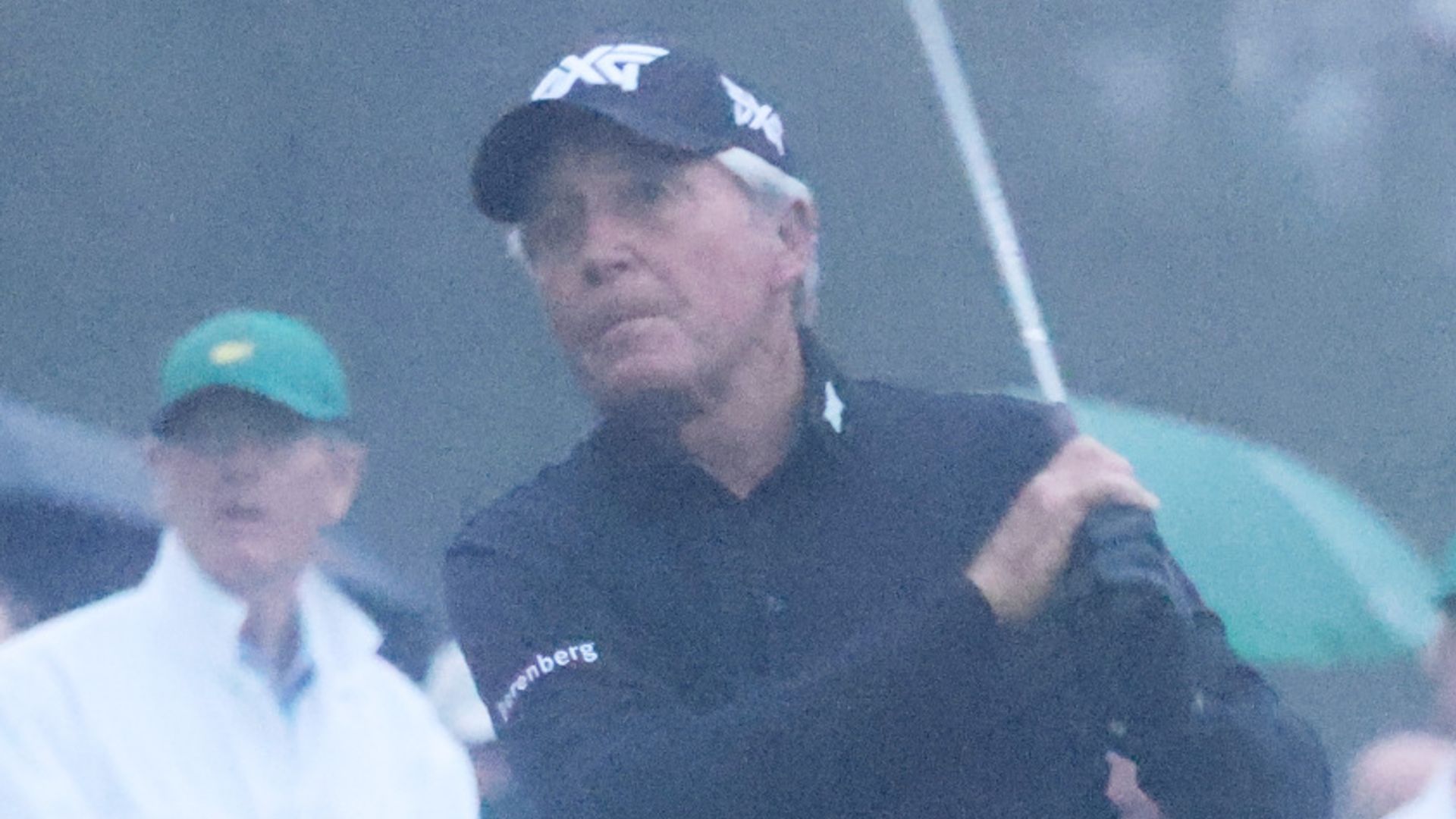 Gary Player: “I don’t know how far the ball can go, I don’t know what the limit may be, but don’t be surprised if you see them hit it 500 yards because these guys are so big and so strong. It’s frightening”

Gary Player has called on golf’s authorities to take action on distance before players start hitting the ball “500 yards”.

Player and Jack Nicklaus both repeated their calls for ball and club technology to be changed, with Nicklaus adamant that the R&A and USGA are close to introducing a restriction on how far the modern golf ball travels.

The golfing legends addressed the distance debate after hitting their ceremonial opening tee shots at the Masters, where Bryson DeChambeau’s immense hitting has again dominated the pre-tournament discussion at Augusta National.

DeChambeau described the par-72 layout as closer to a par-67 for a player with his power, and three-time Masters champion Player said: “Bryson is a scientist. He’s taken it to another level, and we’ve seen things we never thought would ever happen.

“Obviously the equipment also does help to a large degree, and this is something Jack and I have been advocating for I don’t know how long. They’ve got to cut the ball back, and they will cut the ball back.

“They’re going to drive this first green at Augusta. In fact, DeChambeau, if it was not this wet weather, if it was firm weather, he’d drive it on the green, and taking a three-wood and putting it on the third green.

“We’re seeing things we never thought of, and we’re in our infancy. You’ve got players coming along that will carry the ball past where DeChambeau ends up now. I said 20, 25 years ago that players would be hitting the ball 400 yards, and I was scoffed at.

“Now I don’t know how far the ball can go, I don’t know what the limit may be, but don’t be surprised if you see them hit it 500 yards because these guys are so big and so strong, it’s frightening.”

Nicklaus believes golf’s governing bodies will act soon, although he doubts if they will implement bifurcation – meaning professionals and amateurs will still be using the same equipment.

“I believe that they probably would have brought it back this year if it wasn’t for COVID, or at least they would have thought about it or got serious about bringing it back,” said Nicklaus. “Both the USGA and the R&A said they’re serious about it.

“They have to make some changes with it, otherwise all the old golf courses, all the strategy and everything else that you’ve had on golf courses is gone. It doesn’t make any sense whatsoever.”