Nonito Donaire has a new opponent and a different date for his next fight.

“The Filipino Flash” was supposed to challenge WBC bantamweight champ Nordine Oubaali on December 12 at Mohegan Sun Arena in Uncasville, Connecticut. BoxingScene.com has learned that visa issues have prevented Oubaali from receiving clearance to travel from France to the United States, however, thus Donaire instead will meet Emmanuel Rodriguez in a main event Showtime will televise December 19 from Mohegan Sun Arena.

Las Vegas’ Donaire (40-6, 26 KOs), the mandatory challenger for Oubaali’s WBC 118-pound championship, and Rodriguez (19-1, 12 KOs) are expected to fight for a version of the WBC bantamweight title. The WBC had not approved Donaire-Rodriguez as a title fight as of the time this story was posted, though.

Assuming the WBC sanctions Donaire-Rodriguez as a bantamweight championship match, the winner would be expected to battle Oubaali (17-0, 12 KOs) at a later date. 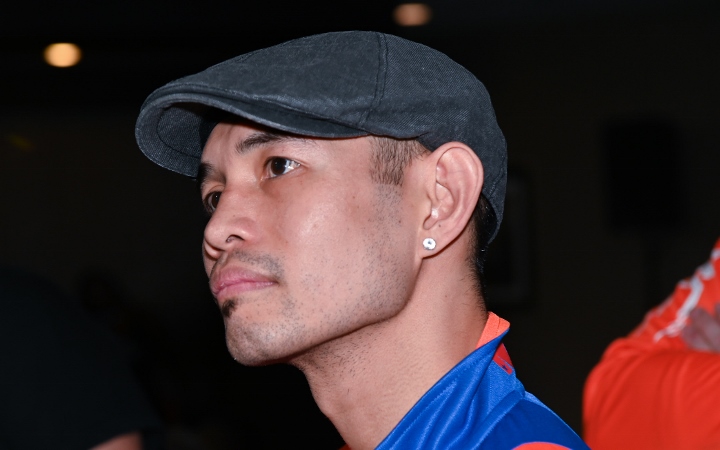 Puerto Rico’s Rodriguez is a former IBF bantamweight champ who has lost only to Japanese star Naoya Inoue (20-0, 17 KOs), who knocked out Rodriguez in the second round of their May 2019 bout in Glasgow, Scotland. Rodriguez is rated fourth among the WBC’s bantamweight contenders, three spots beneath the number one-ranked Donaire.

BoxingScene.com has been informed, too, that Showtime and Premier Boxing Champions have agreed to move a show previously announced for November 28 to December 12, the date the two companies had set aside for the Donaire-Oubaali show. That card still will take place at Mohegan Sun, as planned.

That December 12 tripleheader will be headlined by Brooklyn’s Chris Colbert (14-0, 5 KOs), who will defend his WBA interim world super featherweight title against Panama’s Jaime Arboleda (16-1, 13 KOs).

The December 12 telecast also will include two 10-round bouts.