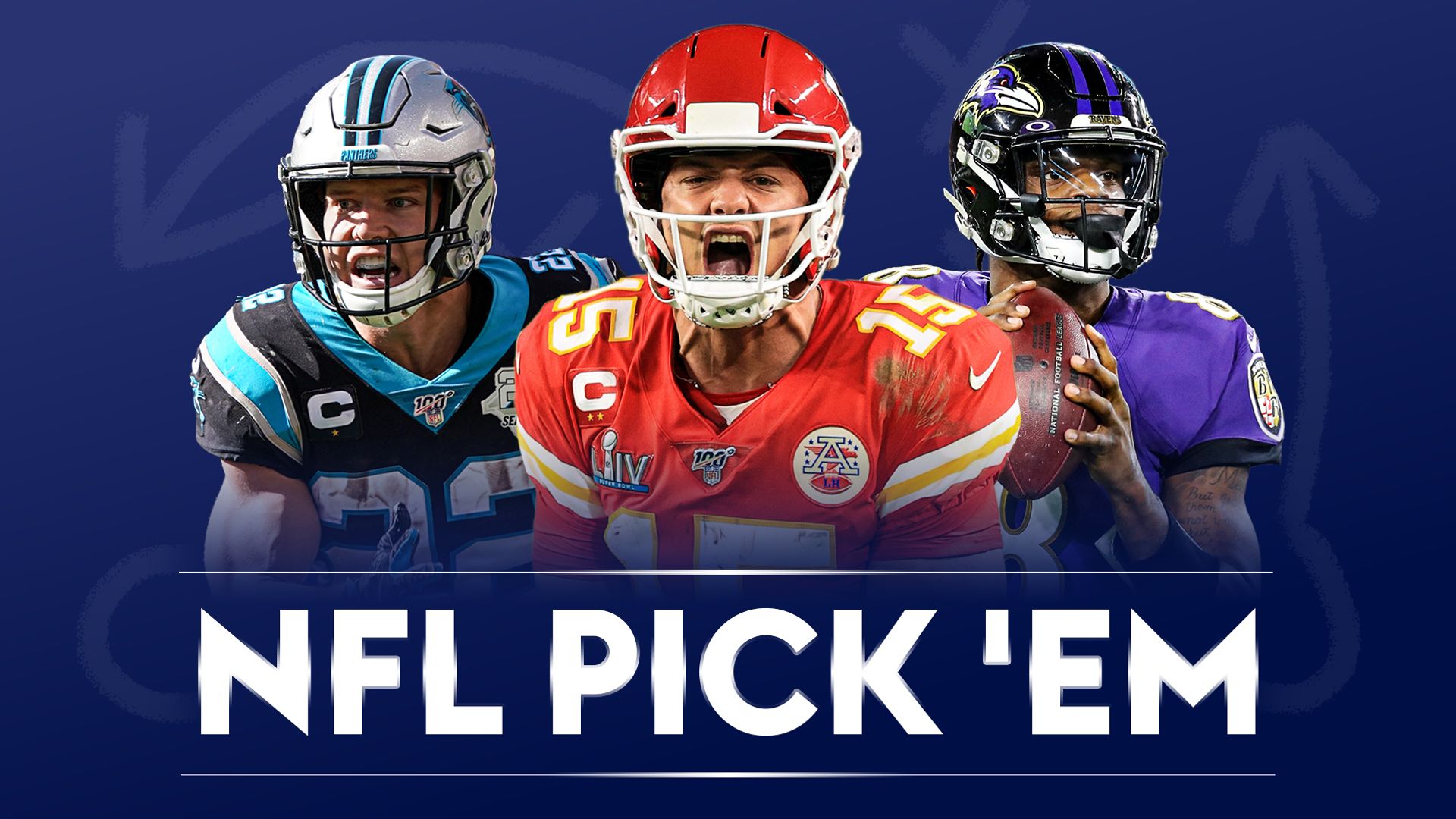 Reynolds is of course representing Team NFL, while Schecter – who spent 11 months as a coaching intern with the Buffalo Bills from 2018-19 – is lending her talents to a Sky Sports team in need of points.

Begović, who is a big New England Patriots fan, is the NFL UK representative for Week 10, as they and Sky Sports attempt to eat into Team NFL’s lead at the top of the table.

Read on below to to see Reynolds’, Schecter’s and Begovic’s picks for Week 10…

“I trust Tennessee’s offence just a little bit more. I’m a bit nervous about how limited the Colts are with Philip Rivers at quarterback.”

“I’ve gone with the Titans. I expect the Titans defence to get after Rivers, and you’ve got Derrick Henry on offence. He is such a game-changer.

“The Titans know what their identity is offensively, they know it’s all about running him; they come out every week saying, ‘this is what we’re going to do – beat us at it’ and they’ve been really quite successful with that.”

“The one thing the Titans haven’t done that well this season is rush the passer, so if Rivers has a little bit more time to throw, he can have a good game.

“Plus, the Colts defence is pretty good at stopping the run so, if they can limit Henry, I fancy the Colts to win this one.”

“I like the way Carolina are fighting hard for their head coach, Matt Rhule – he has lit a fire under them – but I’m going with Tampa Bay to bounce back.”

“This will be an interesting one. The Buccaneers will be wanting a big comeback win after their last performance in losing 38-3 to the Saints.

“They’re going to go back to the drawing board, gel together as a team and try to prove a point. Plus, Christian McCaffrey is missing for Carolina, which is a big blow.”

“You can’t let one game make you lose sight of where the Bucs are. Every year you have that ‘throw the tape away’ sort of game and a team that gets humiliated like that, on national television, is going to very dangerous the next week – look out for the Bucs.”

“Kyler Murray vs Josh Allen – this is a good one. I’m going to pick Buffalo to win on the road.”

“I have to go with my Bills! It’s going to be a really exciting game though, because both offences can definitely put up points – I expect it to be high-scoring.

“I feel like people still haven’t really bought into the Buffalo bandwagon, but they have been great on the road this year and I think that will help them going into Arizona.”

“I’m going with Baltimore in this game – a simple one for me – as, when the Patriots are having to dig deep to beat the Jets, it’s a worry.”

“I saw something which said the Patriots have a total of 16 players limited because of injury. So I have to go with the Ravens.

“Plus, Lamar Jackson is amazing!”

“I think the Vikings have found their formula; let Dalvin ‘Cook’. I’m going with Minnesota.

“This is an interesting one. Chicago is pretty solid against the run game, but Cook has been amazing this season, especially the last couple weeks.

“I’m a big believer in momentum, and Minnesota have had two-straight victories, they’re on a roll right now.”

“I’m also going with the Vikings as I don’t trust that offence of Chicago’s – it has looked stagnant, with a lack of ideas.

“Minnesota are fighting hard after a slow start to the season – it shows that Mike Zimmer at the helm has created a really good, competitive culture.”