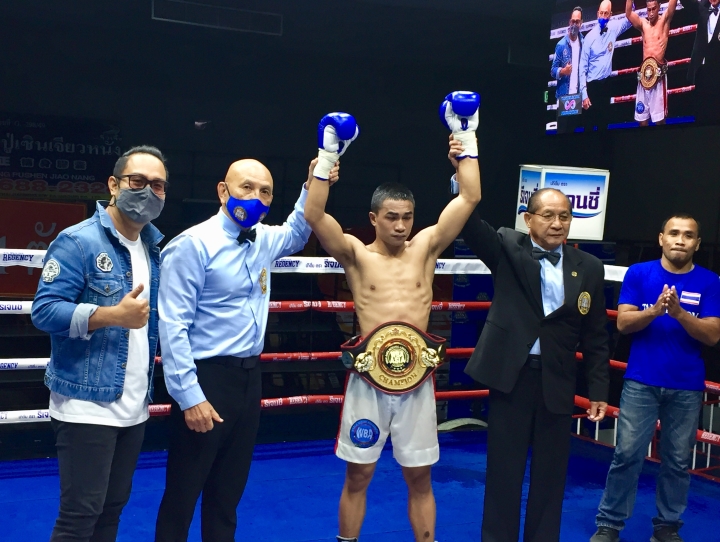 Pushed to his limits, the younger Nattapong had to resort to his superior boxing skills and lighting speed to capture the tough win, as he got seriously tested by the 35-year-old warrior-heart Karoon whose best fighting moment thundered during the action of chapter 2 when he solidly staggered Nattapong with a well-delivered left bomb that rocked the Tantelecom rising-star against the ropes for urgent defensive maneuvers.

Then, showcasing excellent conditioning and a burning desire for victory, Nattapong regrouped, edging the contest’s middle chapters, not allowing Karoon’s coming-forward menace to command their battle.

Still, the relentless Karoon had enough will in him to dominate the final minutes of the entertaining youth vs experience encounter.

There were no knockdowns nor cuts during the well-fought contest refereed by top Thai third man Pinit Prayadsab.

By the end of actions, the 24-year-old Jankaew had piled up enough numbers to get the nod, feeling ready to defend his newly-acquired WBA Asia interim belt against any tough-caliber challenger in the 115-pound division.

The fight was a learning experience for Nattapong; undoubtedly a rough test that could make him a better, more-resourceful combatant in subsequent rumbles.    That remains to be seen.