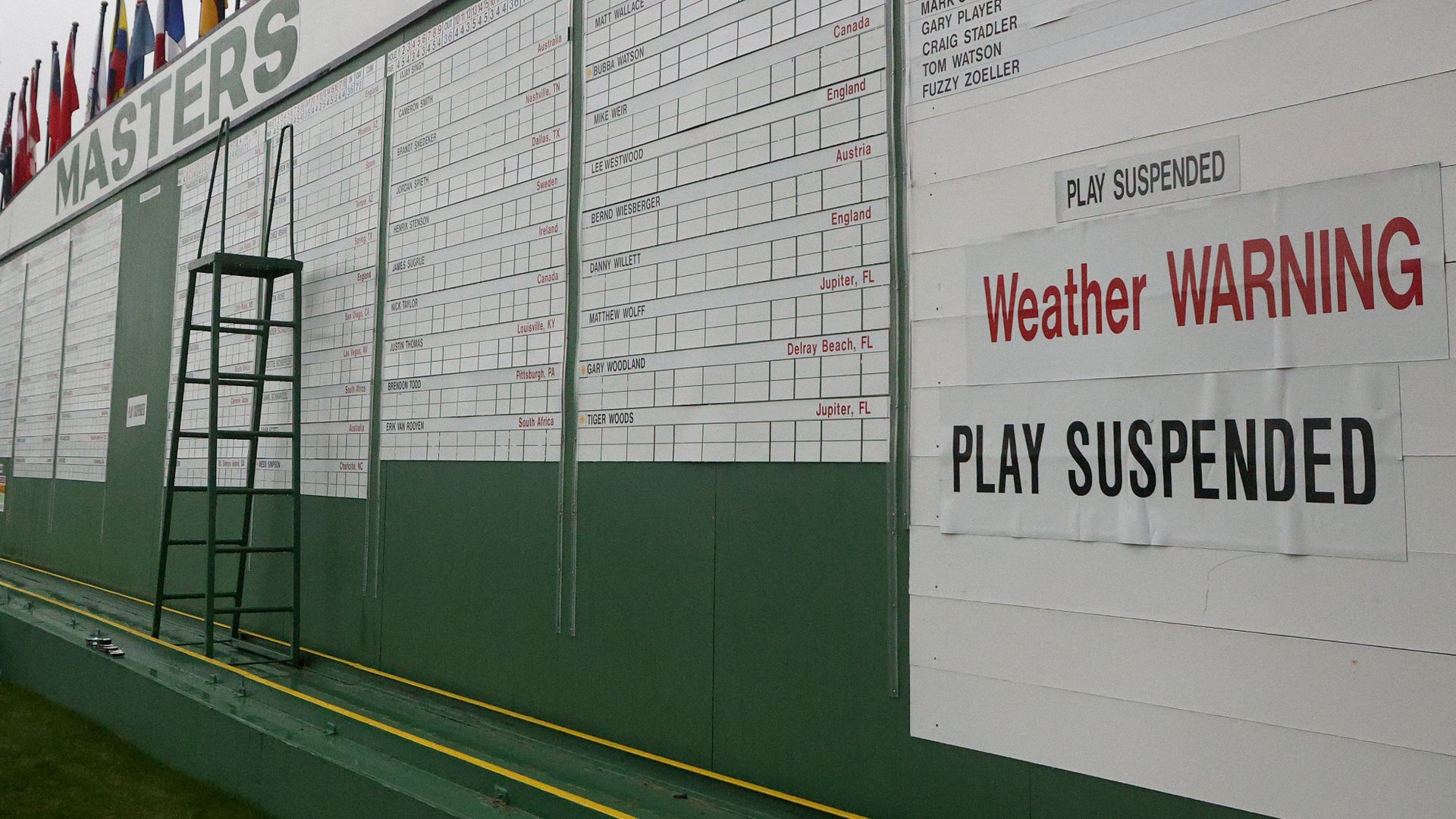 Heavy rain and the risk of thunderstorms disrupt the first morning of the 84th Masters. Play is set to resume after a delay of three hours, meaning the first round will not be completed on Thursday.

The opening round of the 84th Masters has been disrupted by adverse weather at Augusta National, with play suspended for three hours.

Overnight rain continued into the morning and forced officials to delay the opening tee times by 10 minutes, but conditions were deemed good enough for the tournament to get under way – albeit seven months later than scheduled.

Jack Nicklaus and Gary Player, with a combined nine victories, arrived on the first tee still surrounded by darkness to hit the traditional, ceremonial opening tee shots before clearing the way for the first groups of the tournament proper.

Lucas Glover, CT Pan and Corey Conners all began with pars at the first, while 1988 champion Sandy Lyle hit the first drive down the 10th with a two-tee start in operation due to the lack of available daylight in the autumn.

But the rain became heavier in the early stages, and less than half-an-hour of play was possible before the klaxons sounded to call the players back to the safety of the clubhouse.

With the added threat of thunderstorms in the Augusta area, play remained suspended for three hours, with the practice range reopening at 10am in the hope of restarting at 10:30am (3:30pm GMT).

The lengthy delay means that the first round will not be completed on Thursday, but the weather forecast for the rest of the tournament looks significantly better, with mostly dry conditions expected from Friday onwards.

The official Masters weather report issued at 7am read: “A line of moderate to heavy rain and embedded thunderstorms is slowly drifting east along a cold front that is located 30-40 miles west of Augusta National. Scattered showers are additionally developing out ahead of this line.

“Rain is likely to move into the Augusta area over the next hour and will continue through 12-1pm with periods of heavy rain expected to occur. Scattered light showers will linger behind the front through 4pm before becoming isolated into the evening.

“Total rainfall of 1.25-2.50″ is expected today. Cloudy skies will linger for much of the overnight into Friday morning before clearing. Cooler and less humid conditions can be expected Friday and Saturday with mostly sunny skies. On Sunday, partly cloudy skies can be expected before a dry cold front moves through the area after sunset.”