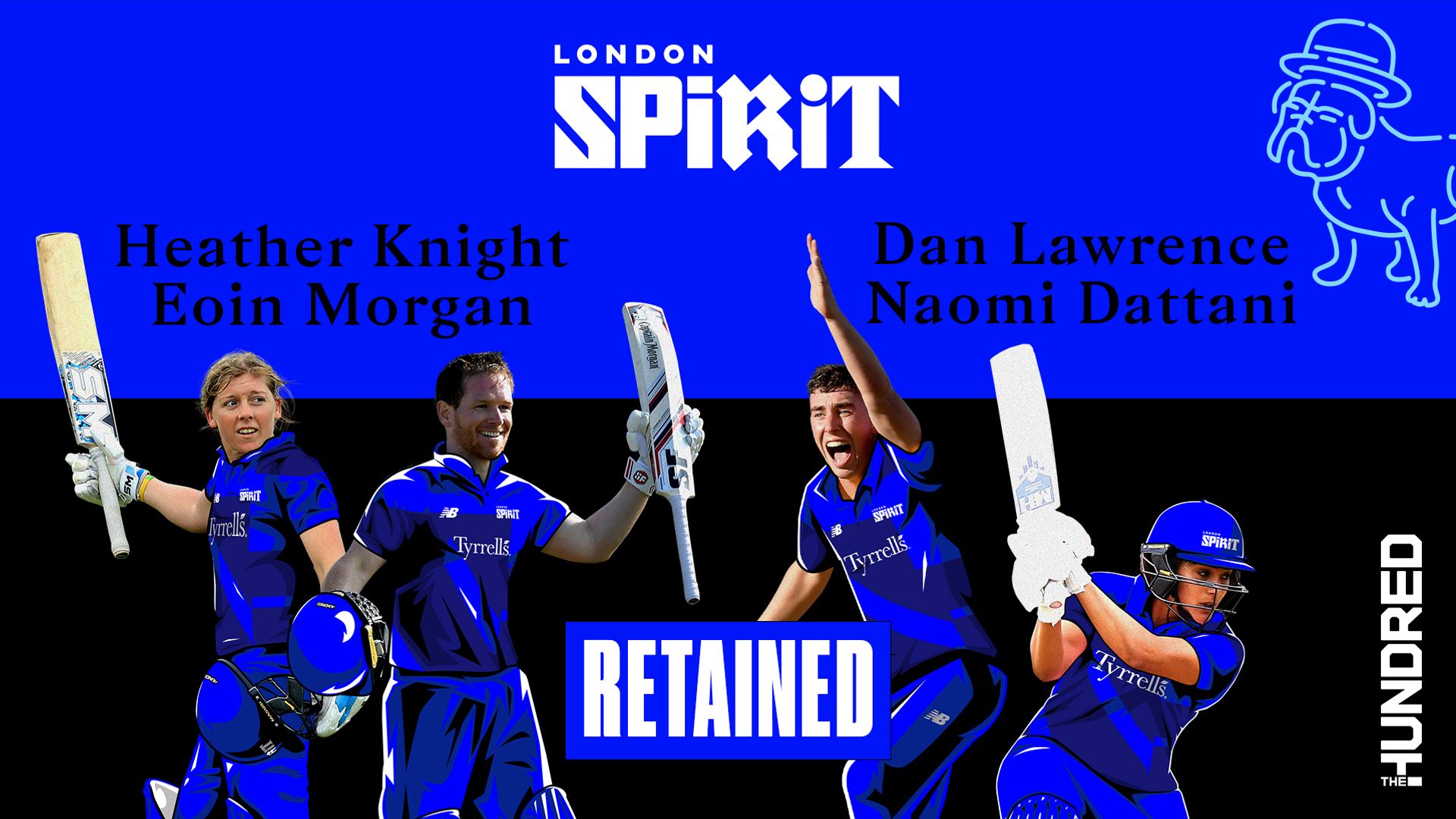 Eoin Morgan and Heather Knight are retained by London Spirit for the inaugural edition of The Hundred in 2021 and so will play their home games at Lord’s, where each has led their England team to World Cup glory; Spirit also retain Dan Lawrence and Naomi Dattani

London Spirit have retained England’s World-Cup winning captains Eoin Morgan and Heather Knight for The Hundred, which begins in 2021.

The pair have agreed to stay on with the franchise after the inaugural edition of the tournament was postponed last summer due to the coronavirus pandemic and will be joined by Dan Lawrence and Naomi Dattani, who have also been retained.

Spirit will play their home fixtures at Lord’s, where Knight led England to the ICC Women’s World Cup in 2017 and Morgan captained the men’s side to World Cup glory in 2019.

Morgan said: “We have the makings of a great squad and I’m looking forward to playing at the Home of Cricket in this exciting new format. I believe we will have a great blend of skills both in the squad and our coaching staff and I can’t wait to get going.”

Knight added: “It is a real honour to be retained as skipper for next year. We are beginning to build an exciting side and hopefully we can make a real impact on the pitch.

“While it was obviously disappointing that the competition wasn’t able to take place this year, The Hundred promises to be a real leap forward for our sport and I can’t wait to lead the side in 2021.”

All-rounder Dattani was part of the Western Storm squad that won the Kia Super League in 2019. The Middlesex captain also made history earlier this year when she became one of the first wave of professional domestic female cricketers to sign for the new London & East regional team, the Sunrisers.

She said: “The competition will be a big step forward for the women’s game, offering the opportunity for professional women’s cricket to be presented on the same platform, and with equal billing, alongside the men’s game. The wait will definitely be worth it, and I’m really looking forward to get going in 2021.”

Lawrence, meanwhile, was named as a men’s local icon pick by London Spirit last year; he was subsequently called up as a reserve for the England men’s Test squad this summer following a successful winter down under with the England Lions.

“The Hundred will give players a great opportunity to learn from the best and with Eoin as Captain I hope to develop my game and be a major part of the success of the team,” he said.

“It is a very exciting new format and I think the squad we are putting together will perform really well. The added bonus will be the opportunity to play at Lord’s which is every player’s dream.”

Last month it was announced that Zak Crawley and Deandra Dottin will be part of the London Spirit men’s and women’s squads respectively in 2021.

Watch the inaugural edition of The Hundred live on Sky Sports Cricket next summer!