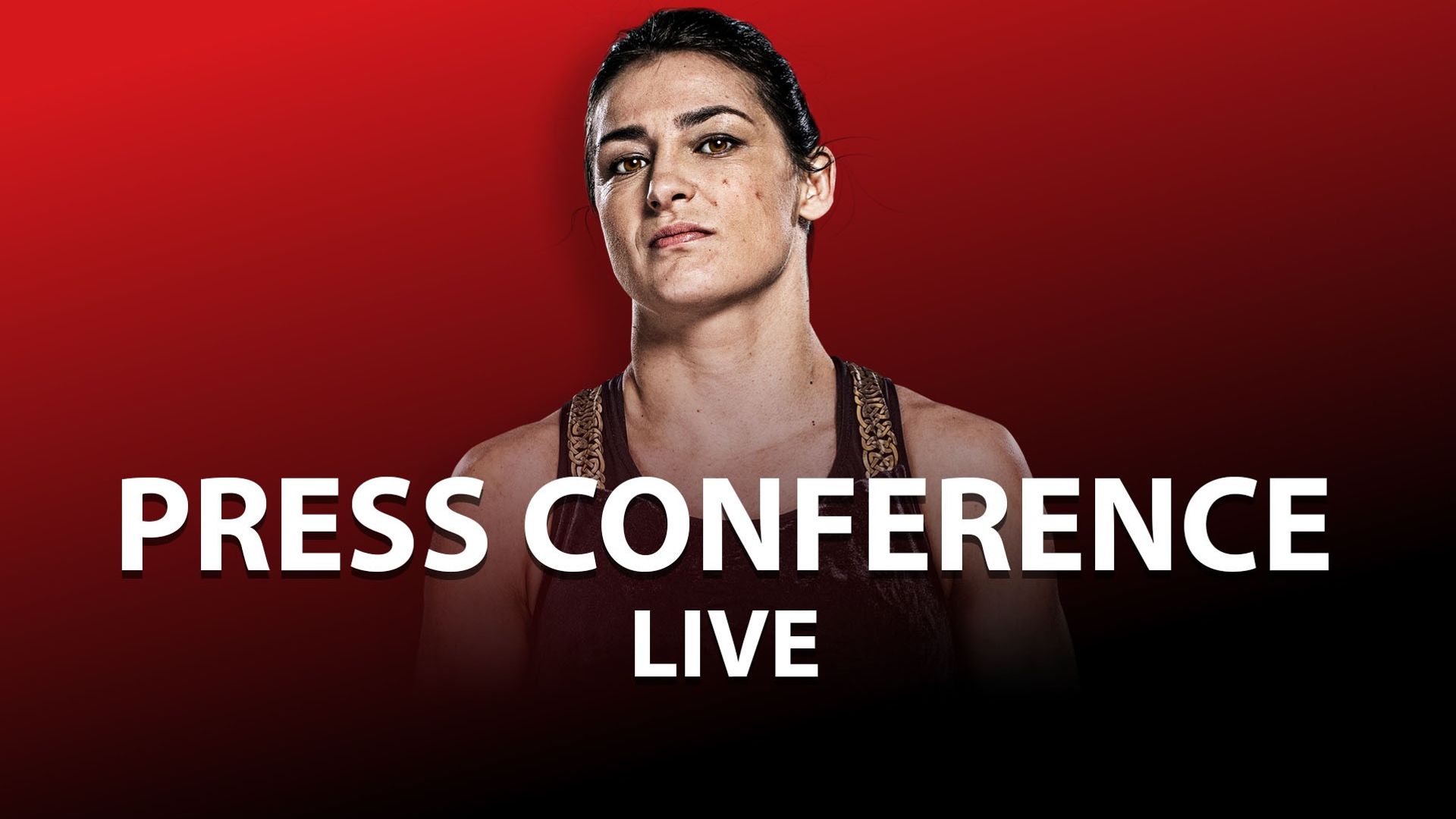 Katie Taylor, Terri Harper and Rachel Ball face their opponents at the final press conference; triple-header of women’s world title fights on Saturday, live on Sky Sports, to be streamed free on YouTube, Facebook and skysports.com

Katie Taylor goes head to head with Miriam Gutierrez at today’s final press conference – and you can watch on a live stream.

Taylor’s WBC, WBA, IBF and WBO belts are again at stake when she takes on Spaniard Gutierrez, who arrives in Britain with an unbeaten 13-fight record.

Ball is targeting the vacant WBA bantamweight belt, but must overcome Argentina’s Jorgelina Guanini who has already claimed the IBF belt at super-flyweight.

This historic triple-header of women’s world title fights will also be streamed for free on YouTube, Facebook and skysports.com.