Brook bluntly stated during a virtual press conference Monday that he’ll either knock out Crawford on Saturday night or force Crawford to quit on his stool. The undefeated Crawford hasn’t even been officially knocked down during his career, has won world titles in three weight classes and is typically listed as one of the top two boxers, pound-for-pound, in the sport.

Nevertheless, Brook said, “I believe I stop him or he quits of his stool.” 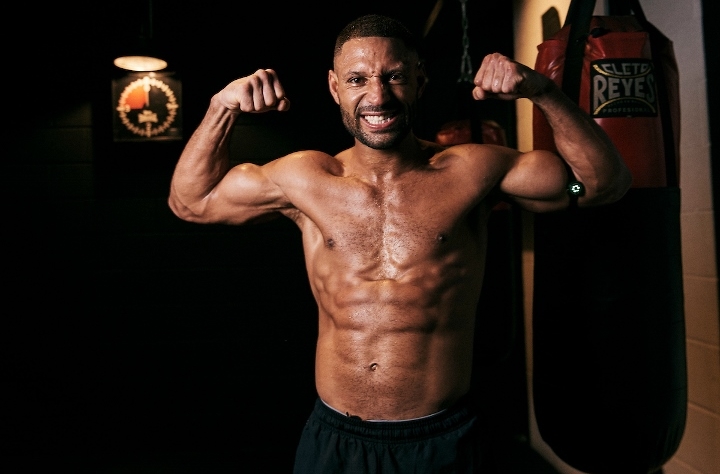 Odds-makers have installed Crawford as at least a 14-1 favorite over Brook, who will fight at the 147-pound limit for the first time in almost 3½ years. The 33-year-old Crawford (36-0, 27 KOs), of Omaha, Nebraska, has won each of his four welterweight bouts by technical knockout.

“Well, let’s see,” an unfazed Crawford replied when asked about Brook’s proclamation. “You know, words don’t mean nothing. You know, you’re gonna have to really live up to them words that you actually say you’re gonna do.”

Even though Brook is a huge underdog, Crawford wasn’t taken aback by Brook’s prediction as their 12-round fight for Crawford’s WBO welterweight title nears.

“Not really,” Crawford said. “He’s supposed to feel that way coming into one of the biggest fights of his career. He’s not the only opponent that went into the fight believing that they was gonna stop me or knock me out. So, that’s nothing new for me. He’s just gonna have to live up to his words.”

Brook is 3-0 since suffering those losses, but against a significantly lower level of opposition. The former IBF welterweight champion is still certain Crawford cannot handle his size and power.

“I’m gonna have to show something I’ve never shown,” Brook said. “And the preparation, like Muhammad Ali says, before the bright lights, the hard work is put in before the bright lights. So, I’m fully prepared. Terence Crawford has never been in with a welterweight [with] the size and the confidence and everything that I own. You know, he’s not been in with Golovkin and Errol Spence. He’s pound-for-pound champion. He’s never been in with anybody. And I’m prepared better than I did against these guys, and I’m fully healthy and ready. So, you know, he knows he’s in a massive fight. He knows he’s gonna have his hands full.”

ESPN will air Crawford-Brook as the main event of a three-bout broadcast from MGM Grand Conference Center in Las Vegas (10 p.m. EST; 7 p.m. PST). Premier Sports 1 will begin its coverage of Crawford-Brook early Sunday morning in the United Kingdom, at 12:30 a.m. GMT.