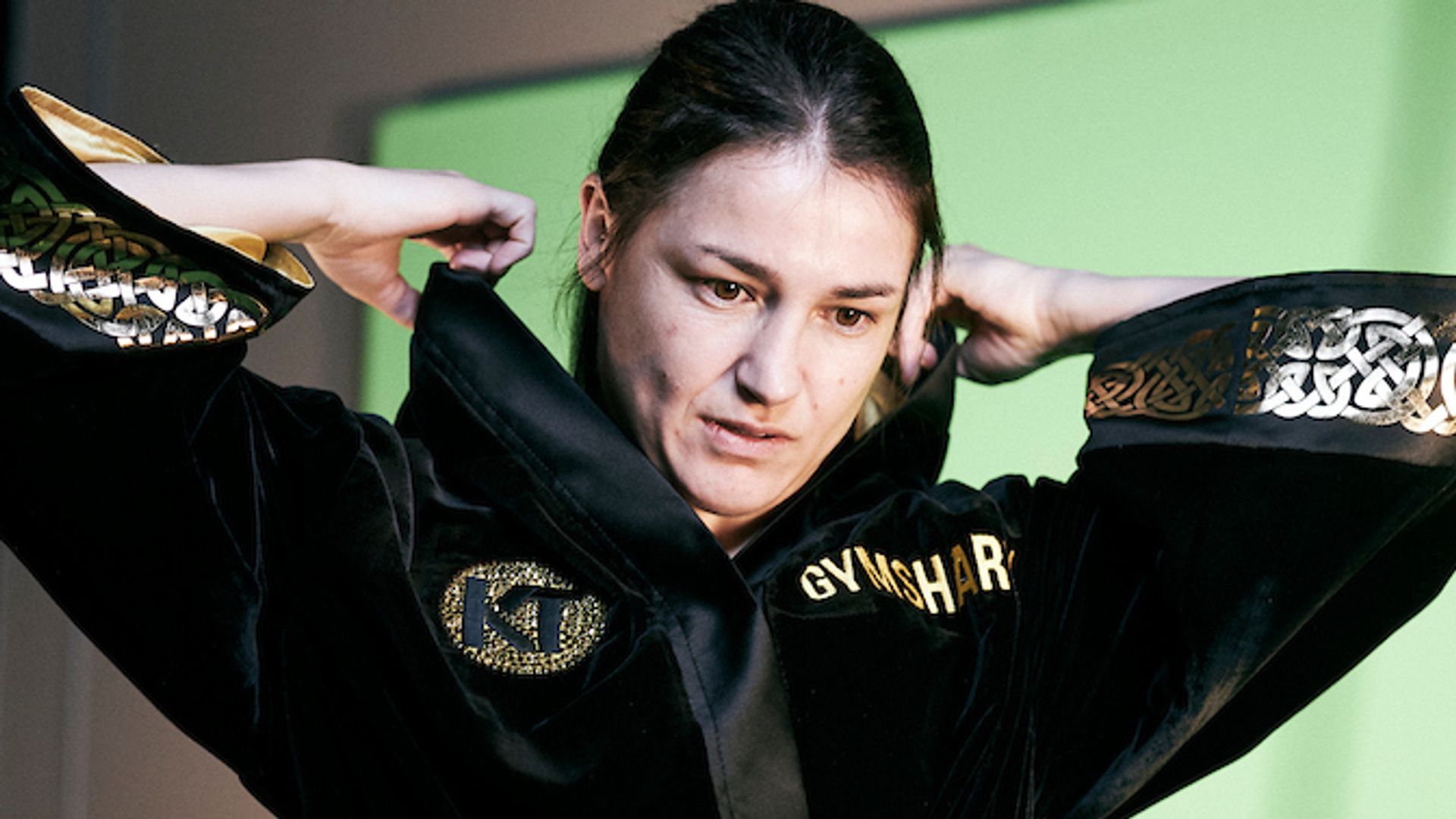 Katie Taylor, Terri Harper and Rachel Ball are in world title fights at Wembley Arena; historic triple-header is on Saturday, live on Sky Sports, and also streamed free on YouTube, Facebook and skysports.com

Katie Taylor has warned her unbeaten challenger Miriam Gutierrez that “one punch can change a fight” – and has vowed to blend skill with fierceness inside the ring.

“I never get sick of looking at all the belts – it’s something I’ve worked extremely hard for,” said Taylor.

“The journey has definitely been more exciting that I could have expected.

“One punch can change a fight in professional boxing. She is an unbeaten fighter and better than people expect.

“Hopefully I will do a bit of everything – outbox her and outfight her.

“There are no easy fights at this stage. This is a huge opportunity for her.

“Complacency is very, very dangerous. I’m ready for whatever comes my way.

“People haven’t seen the best of me.

“Every belt is on the line. She has a lot to fight for. But this is the position I’ve always wanted to be in, defending my titles.

“I’m prepared to walk away the undisputed champion.”

Taylor is a five-time world amateur champion, a 2012 Olympic gold medallist and the winner of every major lightweight championship plus a super-lightweight belt.

She said about making history on Saturday: “It’s a privilege to be headlining such a big show, an historic show.

“I never thought when I turned pro that we would see three women’s world title fights on a show.

“I want to make history and create legacy and, to do that, you have to be active and take risks.

“We’re in this sport to inspire the next generation.

“It’s incredible to me that female fighters are household names now.”

Harper has been goaded all week by Mikaela Mayer, the WBO champion in the same division.

Mayer has tweeted: “She’s just not ready to be holding that belt.

“Boxing is entertainment at the end of the day so why are we so caught up on protecting our record. Let’s party.”

Harper hit back: “I’m still as hungry as ever. This is only the beginning for me.

“I want to get out there and fight the other champions, the best in my division.”

She teased earlier: “I’ve seen a few people on social media saying I can’t box! I’m not doing badly for someone who can’t box.

“A mistake we’ve made in the past was to look past the fight that was coming up towards future plans.”

“The fight I had with Natasha Jonas? I learned a lot.

“That fight was a blessing in disguise which brought me back to reality, slowed me down, made me realised that I needed to make changes and improvements.

“Thanderz will throw the kitchen sink at me but I have to make sure that I stay champion.

“I need to use my long arms and not get dragged into a scrap like I did [against Jonas].

“It’s a fantastic time to be a part of women’s boxing – now it’s time to live up to the expectations, to step up and deliver,” said Ball who upset Shannon Courtenay in her previous fight.

“Every time, expect an all-action fight.”

Argentina’s Guanini, who arrived at the press conference with a newly shaven head, will be at a seven-inch height disadvantage.

“I’ve been smaller than all of the opponents that I’ve faced,” Guanini said. “I’ve never fought anyone as tall as Ball but I’m up for it.”

Ball replied: “I’ve got a 10-round fight ahead of me so I won’t be daft in the first few rounds but I’m not scared of tearing it up.

“I’m a very resilient person so I don’t think the pressure affected me [in my last fight]. This time, I’m more prepared.”

Ball had said previously: “People will remember these kinds of shows forever. Katie and Terri will go down in history and hopefully I will too.

“People will look back and say: ‘That set a precedent like Jane Couch back in the day’.

“What she did for women’s boxing, hopefully we will too.”