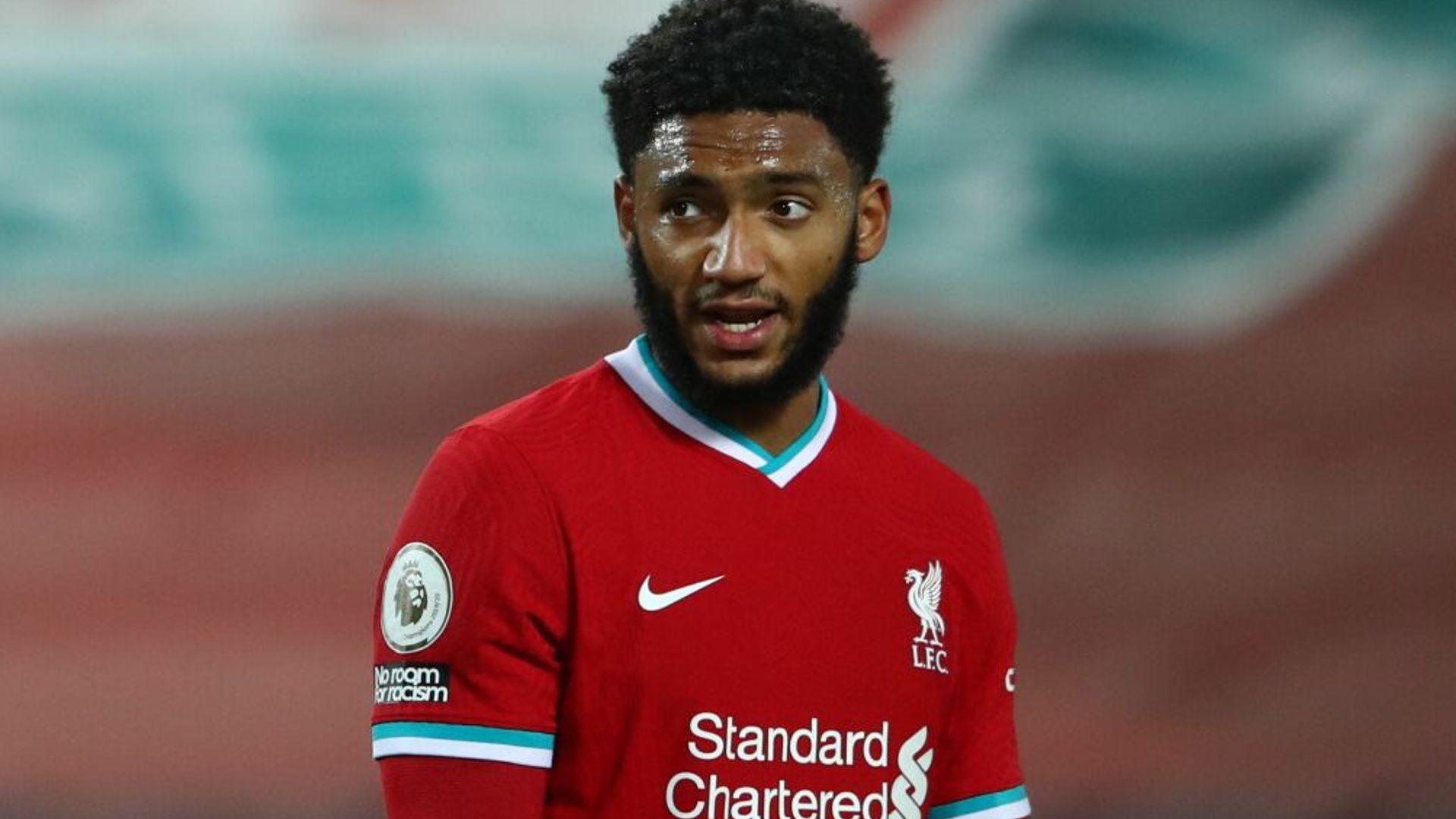 Joe Gomez has undergone successful knee surgery, with Liverpool hopeful he will be able to play some football again towards the end of this season.

The 23-year-old sustained a serious knee injury during England training – with no other player near him – at St George’s Park on Wednesday.

Gomez suffered no ligament damage and underwent surgery in London on Thursday to fix a damaged tendon in his left knee.

After being assessed by specialist doctors on Wednesday, Gomez was given some hope when he was told his season is not necessarily over – news which will give him belief he may still be able to play for England in next summer’s Euros.

Gomez will begin a rehabilitation programme with the Liverpool medical team immediately.

“The centre-back sustained the injury during a training session with the England national team on Wednesday.

“The issue was isolated to Gomez’s tendon, with no damage to any other associated knee ligaments.

“The operation to correct the damage, which took place in London on Thursday morning, was a success and the 23-year-old will make a full recovery.

“Gomez will begin a rehabilitation programme with the Reds’ medical team immediately, with club staff carefully monitoring his progress.

“No timescale is being placed upon his return, though the issue is likely to rule him out for a significant part of the remainder of 2020-21.”

Nevertheless, it is a huge blow to Jurgen Klopp, who has already lost captain Virgil van Dijk for the season after a knee injury he sustained in the Merseyside derby.

When asked about Gomez at his news conference on Wednesday evening, England manager Gareth Southgate said: “My immediate thoughts are with him because he’s had some difficulties with injuries in the past.

“So we are praying it’s not going to be a long-term one. But we just have to see.”

“I’m choked for Joe Gomez if it is a bad injury. He’s a young man who has already had knee injuries and come back brilliantly. I’m a big fan of his, he seems like a really good, down to earth player.

“I remember seeing him many years ago playing for Charlton in the FA Youth Cup and thinking ‘this is a star of the future’ and he’s certainly proved that at Liverpool. I just hope it’s not going to be anything too serious.

“From an England point of view, it’s a disappointment for Gareth Southgate, but for Jurgen Klopp, if this is a long-term one and you’ve got no Virgil, no Joe Gomez, that puts an enormous amount of stress on this squad from a team that were red-hot favourites at the start of the year.

“It’s certainly going to change things and for everybody else involved, that back two have been so impressive at times. It’s not been easy with no Virgil at the moment, but no Virgil and no Gomez is going to make it even more difficult.

“I suffered with injuries playing for England and it’s really hard to deal with because you’re so proud that you’re there but you also know it’s costing you an enormous amount of time in your career.

Aldridge: Klopp has to buy, Henderson to deputise

Former Liverpool striker John Aldridge believes Klopp will have already been planning to make a defensive signing in January and Gomez’s injury will have underlined the need for one.

Liverpool are without Van Dijk for several months; Joel Matip, Fabinho and now Gomez have all been injured in the first period of the season.

Matip is Liverpool’s only fit first-term regular centre-back but Nathaniel Phillips, 23, and Rhys Williams, 19, have both impressed when they have deputised this season.

“I think he has to [buy in January], Aldridge told Sky Sports News. “With all due respect to Joel Matip he doesn’t have a great record with injuries. Fabinho can go in there. (Jordan) Henderson and (Gini) Wijnaldum have played there. The young lads have done terrific. But long-term are they good enough? I don’t know.

“I think he has to. But I think he [Jurgen Klopp] knew that before [Gomez’s injury]. It just underlines the problem.”

Liverpool face Premier League leaders Leicester in their next match after the international break and could be without three of their first-choice back four.

Trent Alexander-Arnold is also a doubt after injuring his calf during the 1-1 draw against Manchester City on Sunday.

Aldridge believes Jordan Henderson would be better suited to dealing with Jamie Vardy and co ahead of Phillips and Williams.

He added: “Going forward Liverpool frighten teams. So it is not like teams are going to come out and fly out at Liverpool. Leicester in the next game and (Jamie) Vardy is a bit scary.

“Personally I’d go with Henderson [vs Leicester] but the manager knows better and whenever he has put the younger players in they haven’t let him down. It would be difficult for the young lads [to face Vardy].”

While the extent of Gomez’s injury is yet to be determined, it is another defensive blow for Liverpool.

The winter transfer window opens on January 2 and the Reds could be in the market for defenders if Gomez also faces a lengthy spell on the sidelines, but what are their fixtures like until then?

Jurgen Klopp’s side return to action on Saturday November 21 when they take on current league leaders Leicester, who they are just one point and two places behind in the Premier League table.

In December, Liverpool will face Wolves and Tottenham at home as well as tricky away trips to Crystal Palace and Newcastle among their Premier League fixtures. They will also face Southampton on Saturday, January 2 – the day the winter transfer window opens.

Of course, there is also the Champions League group stage to tackle before the new year. Liverpool have three wins from three so far, and have two home fixtures to come – firstly, against Atalanta on Wednesday, November 25, before Ajax on Tuesday, December 1. A final away trip to Midtjylland follows on Wednesday, December 9.