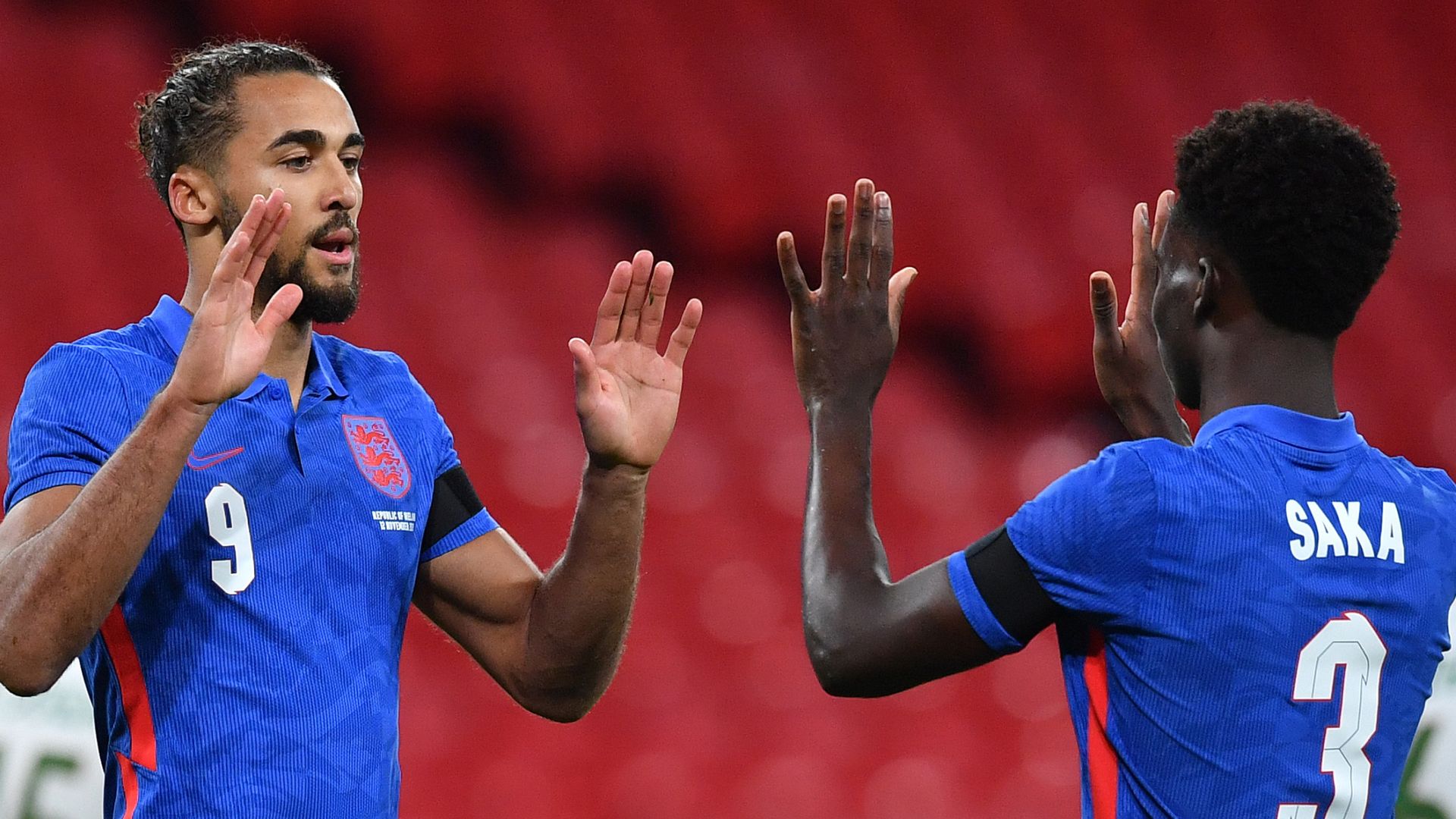 England geared up for their UEFA Nations League double-header in style with a convincing 3-0 friendly win over Republic of Ireland at Wembley.

The build-up to Thursday’s encounter – like many of England’s fixtures this calendar year – was overshadowed by events off the field following the resignation of Greg Clarke from his roles as FA chairman and FIFA vice-president, but the result was a formality from the moment Harry Maguire headed the hosts in front (18).

England took their foot off the gas in the final 30 minutes and declared on three to claim a first win over Republic of Ireland since 1985 ahead of a crucial UEFA Nations League conclusion, with the trip to face Belgium on Saturday before facing Iceland back at Wembley next week.

Man of the match: Jack Grealish.

Southgate suffered a blow on the eve of the match with Joe Gomez ruled out after suffering a serious knee injury in a training session at St George’s Park, with the Liverpool defender now facing a race against time to be fit for Euro 2020. But this was precisely what the England manager needed.

Republic of Ireland boss Stephen Kenny insisted he did not feel cursed after Aaron Connolly was ruled out with a hamstring injury on the same day West Brom frontman Callum Robinson tested positive for coronavirus, before James McCarthy withdrew due to ‘family reasons’.

For the past 32 years, England and Republic of Ireland had been unable to beat each other across five draws, but the hosts began brightly as Mason Mount’s near-post corner was flicked on by Sancho and headed over at the far post by Tyrone Mings after just six minutes.

Ireland arrived at Wembley having scored just one goal in five games, and they bared their teeth for the first time moments later when after Daryl Horgan’s initial cross was blocked by Michael Keane, his second attempt fizzed invitingly across goal.

Saka was then denied a maiden strike for his country when Reece James’ teasing cross led to Christie colliding with Darren Randolph but the West Ham goalkeeper recovered to thwart the Arsenal teenager. No matter.

After Ireland failed to fully clear the ensuing corner from Mount, Harry Winks was afforded time to pick out Maguire, who rose above Shane Duffy to plant his header into the corner. The opener was Maguire’s second goal for England – and he came close to a third when his header from another wicked Mount delivery forced Randolph into a fingertip save.

Kenny’s side looked dazed as England threatened to run riot. Jack Grealish picked out the irrepressible Mount on the edge of the box but his low shot was blocked. Grealish then combined with James down the right, and his cut-back was met by Dominic Calvert-Lewin, forcing Duffy to throw his body in front of the shot.

Grealish and Mount were competing to steal the show in a vibrant opening that was then spiced by a second after 31 minutes. Christie was hounded into surrendering possession as Winks seized on the loose ball, allowing Grealish to drive forward and set up Sancho, who adjusted his stride to ensure maximum impact with his left foot, calmly placing the ball between the legs of Jeff Hendrick and into the bottom corner.

The same pair almost combined for a third as Christie raced across to block Sancho’s shot as the half ended with another Grealish cross begging to be converted but England went into the break two ahead. Sky Sports pundit Roy Keane, in his role as ITV pundit, feared that it “could get messy” for his countrymen if they failed to tighten up.

But four minutes into the restart, Grealish combined with his club-mate Mings as the Aston Villa defender showed his awareness to release Saka with a devilish flick but the Arsenal wing-back poked his shot wide of the near post. England were enjoying their night’s work as Saka turned provider to his cross was flicked off the head of Calvert-Lewin by Matt Doherty.

The Everton striker wouldn’t be denied his second England goal, however. Mount found Mings through traffic before Christie dangled a foot at Saka inside the box leaving referee Carlos Del Cerro Grande with no option but to point to the spot. Calvert-Lewin, in the absence of Harry Kane, took responsibility to finish emphatically into the top corner.

A raft of substitutions failed to stem the tide towards Randolph’s goal as Saka’s inviting set-piece deserved the finishing touch from Maguire, but he flicked wide from close range. It took 72 minutes for Ireland to muster a shot of any note as Dean Henderson, on for Nick Pope at the interval, was called into action to keep out Alan Browne’s snap-shot with his right boot.

That preceded Jude Bellingham’s introduction to become the third-youngest player after Theo Walcott and Wayne Rooney to play for England – aged 17 years and 136 days. It was the final foot note on an impressive night’s work for England.

Man of the match – Jack Grealish

Grealish made 19 appearances for Republic of Ireland under-age teams before eventually pledging his allegiance to England. At 25, Southgate appears to now finally appreciate the midfielder’s unique talents.

Grealish has been involved in 12 goals in 11 appearances in all competitions for club and country so far this season, scoring five and assisting seven.

Withdrawn after an hour, Southgate had seen enough to be convinced of his worth in the forthcoming Nations League double-header with Denmark and Iceland.

England are back in UEFA Nations League action away to Belgium on Saturday November 15 at 7.45pm, live on Sky Sports Premier League and Sky Sports Main Event, before hopefully hosting Iceland on November 18.

England’s game against Iceland was in doubt due to travel restrictions concerning Denmark, where Iceland play this weekend – but the UK Government has granted elite sportsperson exemption to the Iceland squad.