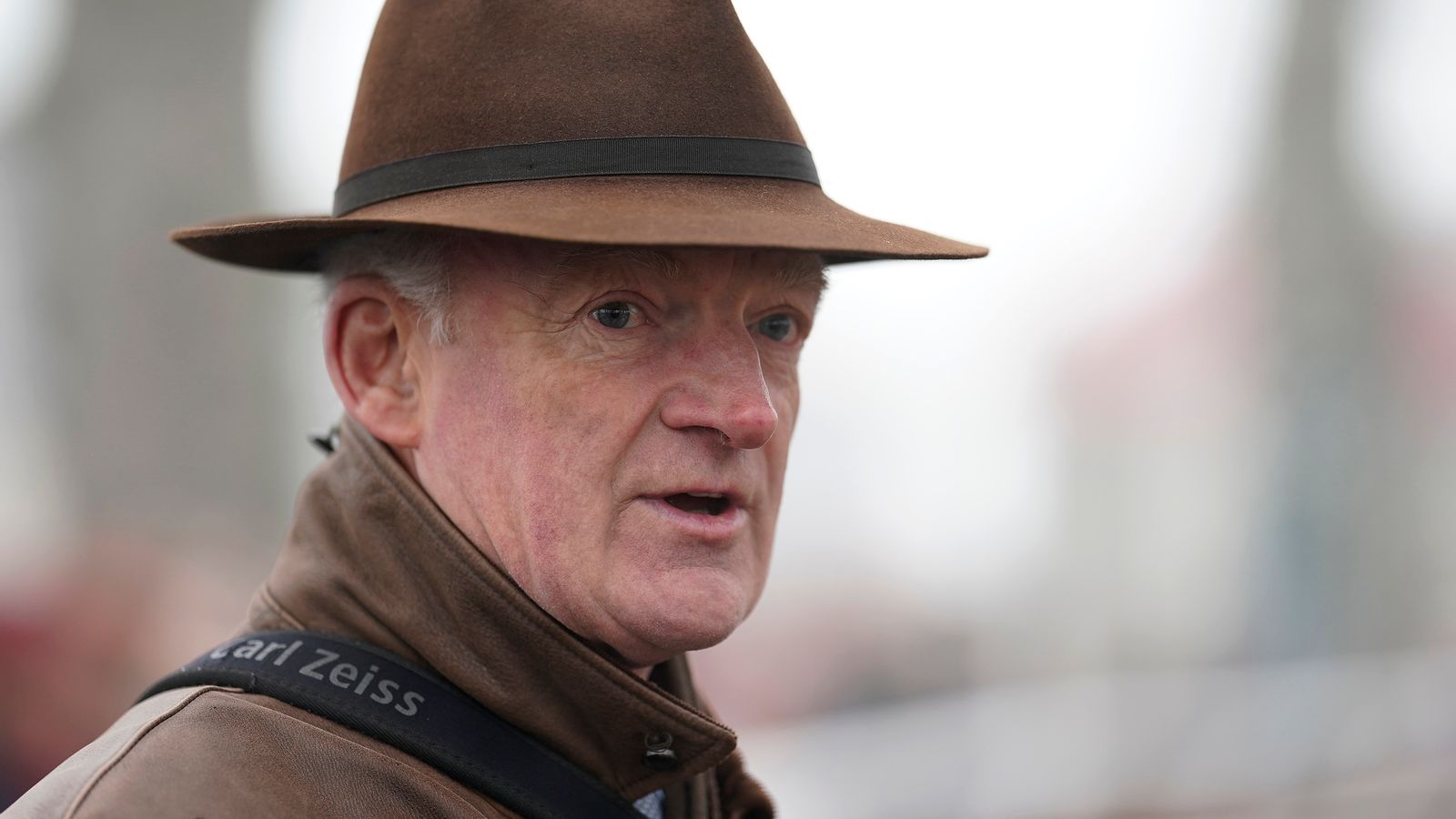 Bachasson ran the opposition into the ground to give trainer Willie Mullins a sixth success in eight years in the Clonmel Oil Chase at the County Tipperary track.

The grey – having his first race since scoring over the course and distance just before the lockdown in March – proved too good for his shorter-priced stablemate Cilaos Emery.

David Mullins set out to dictate affairs from flag-fall on Bachasson, with Cilaos Emery keeping in touch under Paul Townend.

Although both horses made the odd mistake, it was Cilaos Emery who made a crucial one at the third-last.

The 8-11 favourite could not bridge the gap after that and Bachasson (9-4) kept up the gallop to win by five and a half lengths. Snow Falcon was 26 lengths away in third place.

Mullins said: “He was very brave and David had lots of confidence in him – I thought he had gone too far out, but I think he had more confidence in the horse than I had.

He went on: “After Bachasson got a fall in Cheltenham I wasn’t keen to go back over fences with him, but around these country tracks he is fine. He seems to enjoy doing that.

“I didn’t look beyond today and we wanted to come down here and see where we were with them, although Cilaos Emery could now go for the Hilly Way at Cork.”

Shattered Love took her 100 per cent record at Clonmel to three when repeating last year’s victory in the T. A. Morris Memorial Irish EBF Mares Chase.

Gordon Elliott’s charge tracked the pace-setting Cabaret Queen until leading two out and quickly put daylight between herself and her three rivals.

The 11-8 favourite crossed the line 10 lengths clear in the hands of Mark Walsh. Cabaret Queen just hung on by a nose from Western Victory for the runner-up spot.

“She loves it around here, it was her third win from her third run and she seems to be a lot better in her own grade against other mares,” said Walsh.

“She has won two Grade Ones as a novice but finds it easier against her own sex.

“I’m delighted with how she did it and jumped brilliantly bar the last when we had a little mix up, but she was good.”

Elliott had earlier saddled Sassy Yet Classy to win the Clonmel Oil Service Station Handicap Hurdle in the hands of Denis O’Regan.