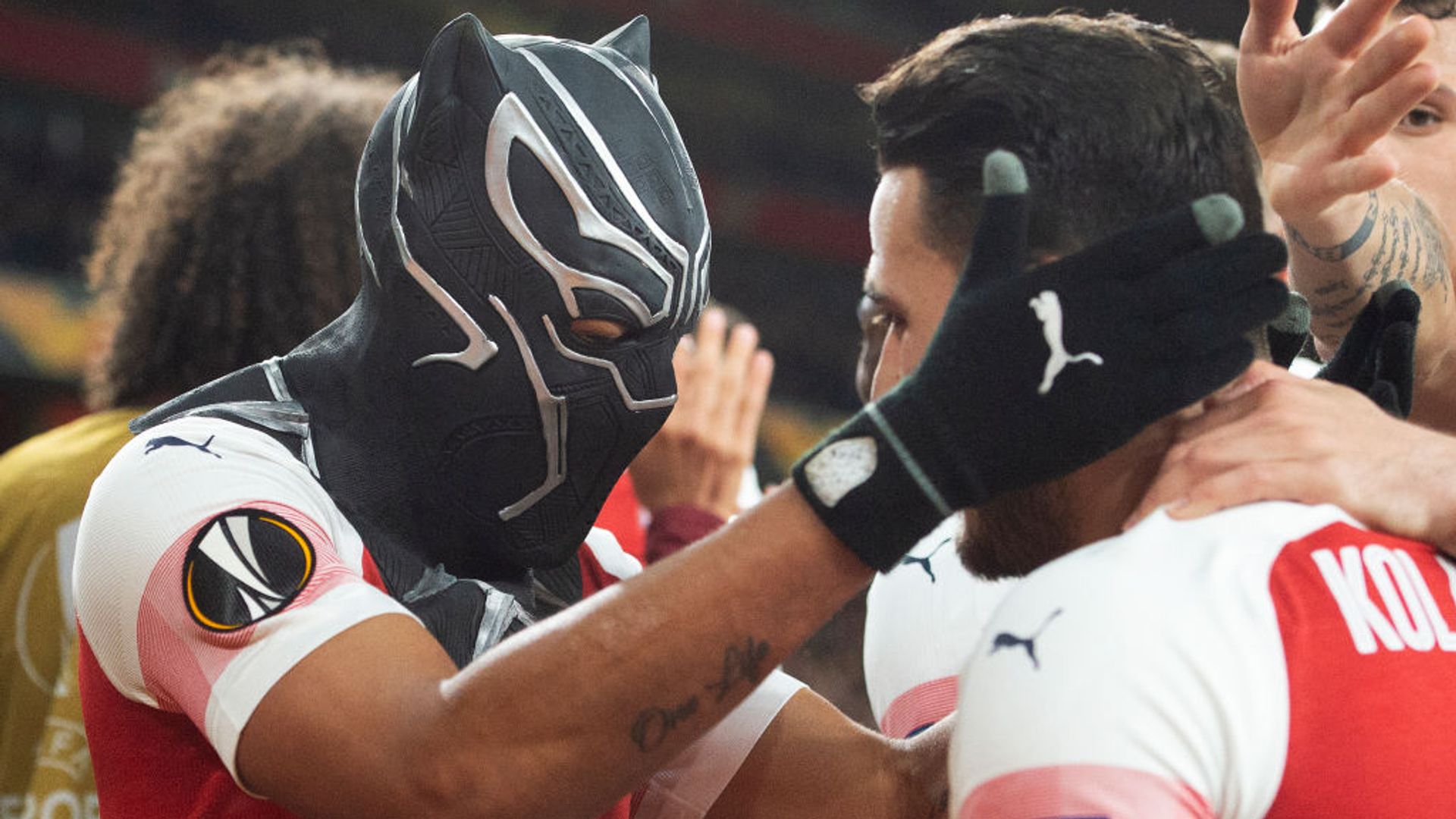 Arsenal forward Pierre-Emerick Aubameyang has hit back at Real Madrid midfielder Toni Kroos for criticising his choice of celebration.

The Germany international recently insisted Aubameyang was not a good role model because he donned a mask – inspired by the film Black Panther – after he scored against Rennes in the Europa League back in March 2019.

Aubameyang has previous in this department and pulled out a number of different masks to celebrate goals during his time at Borussia Dortmund.

Kroos, speaking on the Einfach mal Luppen podcast via Sport Bild, made the comment: “Aubameyang once celebrated and took out a mask. That’s where it ends with me.

“I don’t think that’s a good role model either. What nonsense.”

While initially reluctant to respond to Kroos, Aubameyang then took aim at the World Cup winner.

The Arsenal captain quoted a picture of himself on Twitter, drawn by a school pupil asked to create an image based on happiness, in his reply to the midfielder.

Aubameyang said: “By the way. Does this @ToniKroos have Kids? Just to remember I did it for my son few times and I will do it again.

“I wish you have Kids one day and make them happy like this Junior School pupils. Talk and don’t Forget #maskon #staysafe.”

How is Arteta’s style impacting Aubameyang?

Aubameyang has scored just two Premier League goals this season, and failed to register a shot on target in Arsenal’s 3-0 defeat by Aston Villa on Sunday evening.

Here, the Pitch to Post Review podcast panel discuss how Mikel Arteta has impacted the forward.

Merse: Something has to change

“People are asking: how Arsenal are going to get Aubameyang into the game? If he doesn’t score, I don’t see what he’s bringing to the party at the moment.

“How many moments in a game are the centre-backs petrified of the runs he’s making because of his pace? Not as many as say Vardy. If Vardy is shunted out wide, he doesn’t score you 25 goals a season.

“I think they are missing a trick in that I’d have put Aubameyang and Alexandre Lacazette down the middle with Mesut Ozil in behind them in a free role because of Thomas Partey now being in the midfield. But obviously that cannot happen now because Ozil’s not in the squad.

“I’ve played out on the wing for most of my career. When you are out there, you either have so much of the ball you can’t breathe or you could not touch the ball, full stop. It’s one or the other, there is no in-between. At the moment, he’s not seeing enough of the ball where it matters.”