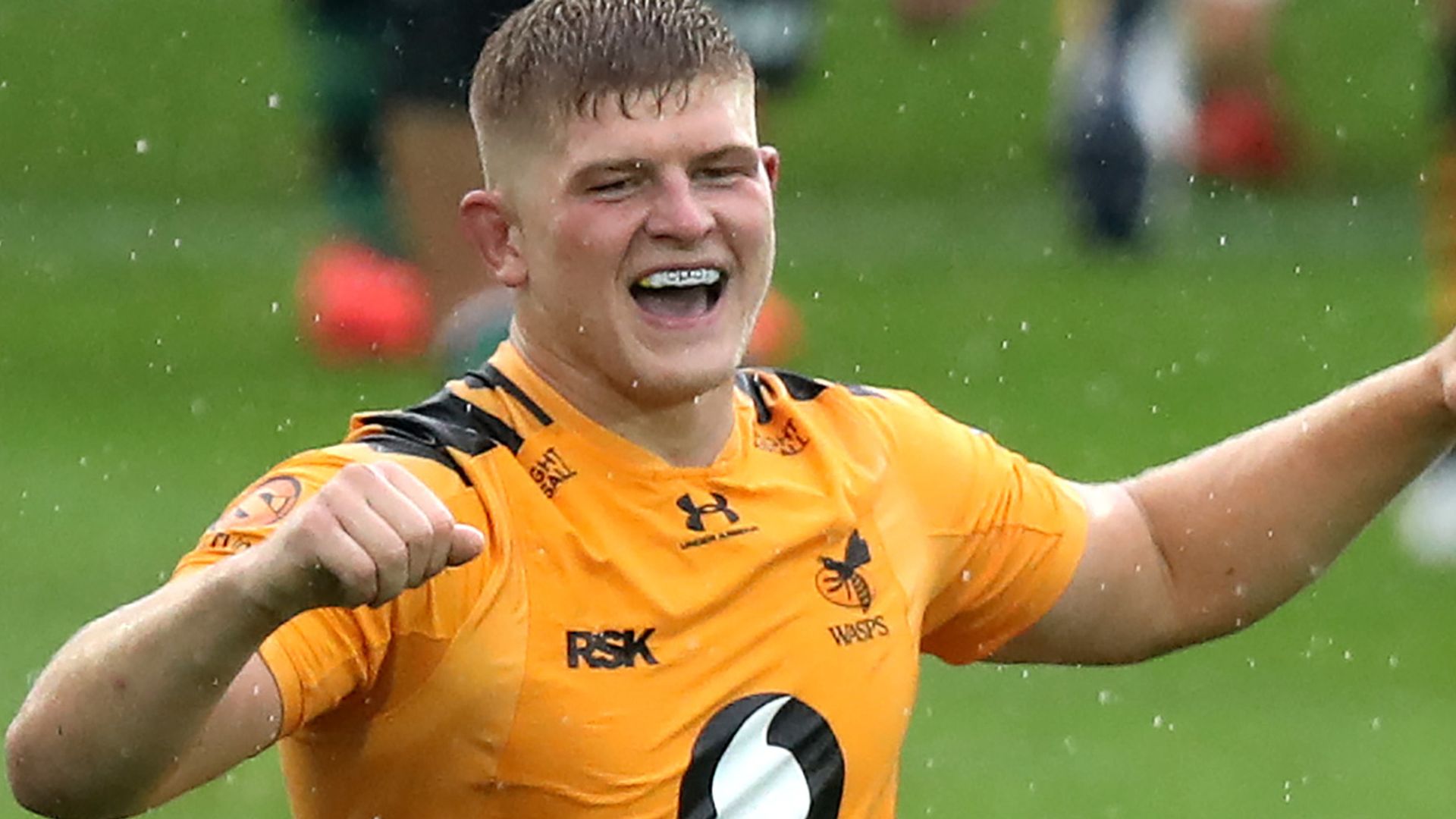 Eddie Jones insists Jack Willis is ready to extend England’s depth at openside after giving the “tough” Wasps flanker his debut against Georgia on Saturday.

Willis’ stellar season continues when the Autumn Nations Cup opens at Twickenham in the month after he swept the board at the end-of-season awards in recognition of an outstanding 2019-20.

Sam Underhill has been rested so Willis is given the opportunity to prove the breakdown expertise that has taken the Gallagher Premiership by storm can be a similarly destructive force at international level.

Last season the 23-year-old plundered 46 turnovers – 27 more than his nearest rival – to establish himself as one of English rugby’s most influential players.

“Jack has got a good nose for the ball. He gets himself into good positions. He’s got good natural strength – he’s not a gym-strength person – and he’s flipping tough,” Jones said.

“Turnovers are the highlight part of his game, but he’s also a good defender and he’s an attacker that gets his hands on the ball.

“He’s one of the few forwards in English rugby who is good at ‘pick and go’, so he brings that to the game.”

Willis was due to tour South Africa in 2018 but was forced to withdraw because of a knee injury and his development was then hampered by a significant ankle problem.

“With Jack Willis, we’ve got an opportunity to increase the depth at seven, so we wanted to see how he performs at Test level.

“He’s come into camp since the Premiership final and trained very well. He’s got a great attitude and we feel he deserves the opportunity.”

Powerful Worcester centre Ollie Lawrence wins his second cap after making his debut off the bench in last month’s 34-5 victory over Italy that sealed the third Six Nations title of the Jones era.

“Lawrence is a powerful young centre so we want him to bring that ability to dent the line, create momentum and for us to be able to play off the back of that.”

The Autumn Nations Cup is to be staged behind closed doors because of the coronavirus pandemic, but Jones refuses to view a game at Twickenham with no fans as a potentially surreal experience.

“The only thing we’ll experience is gratefulness. We are so privileged to be able to play in these circumstances now,” he said.

“Obviously, we would like to have fans there, but just to be able to play top-level rugby is a privilege for us so we are just excited about playing.”