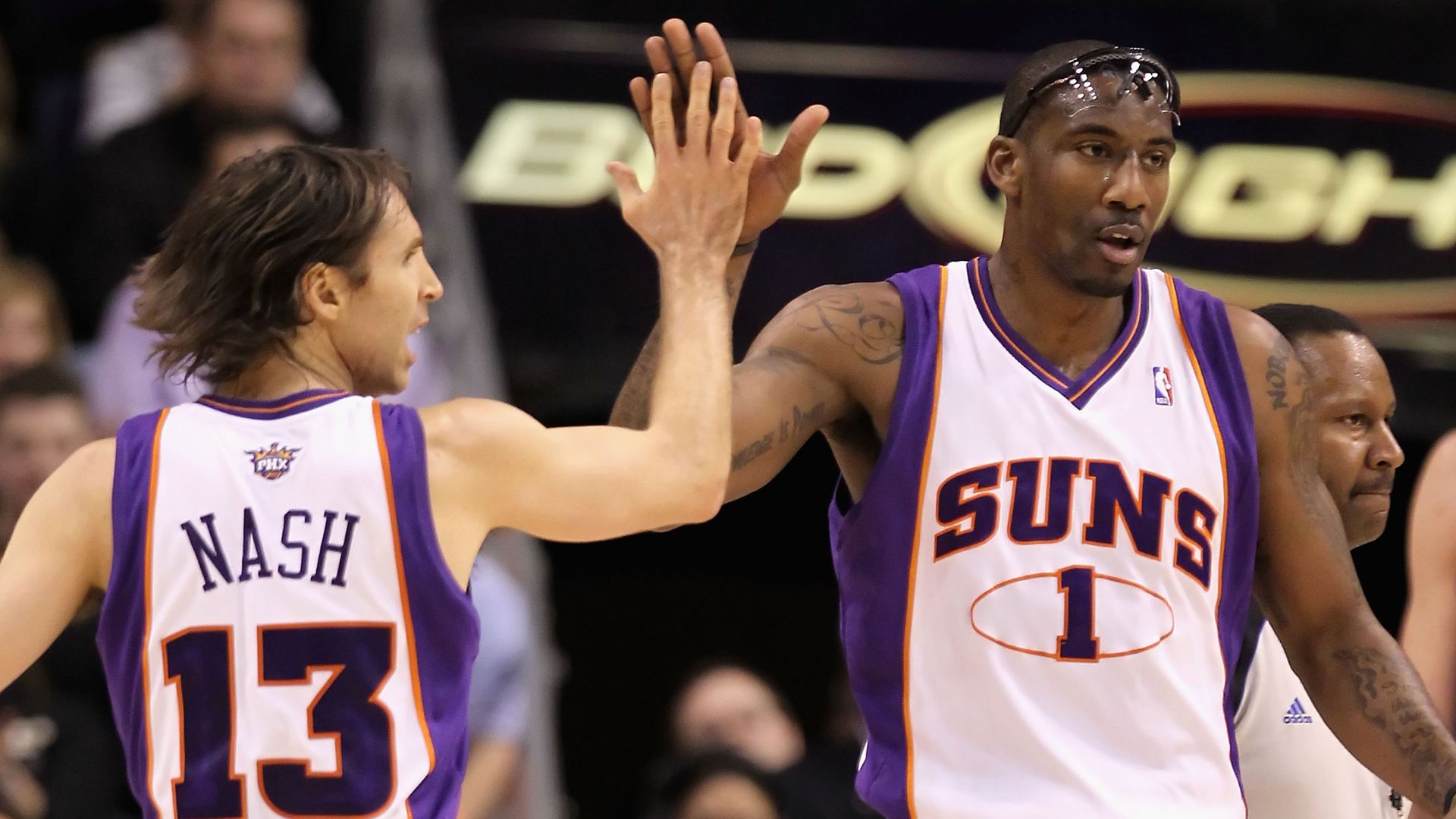 One of the NBA’s most famous pick-and-roll combinations is reuniting as coaches in Brooklyn, as Amare Stoudemire will join head coach Steve Nash’s Nets coaching staff.

Per Shams Charania of The Athletic, former All-Star Stoudemire will serve as an assistant coach on the Nets under their new head coach, Nash.

Stoudemire and Nash were team-mates on the Phoenix Suns from 2004-10 as one of the league’s most feared guard-big man combinations in the early 2000s.

Nash was hired to coach the Nets in September in what will be his first head coaching job in the NBA. He spent the previous five seasons as a player development consultant with the Golden State Warriors, where he contributed to two championship teams and made four consecutive trips to the NBA Finals.

His final NBA season came in 2015-16, when he appeared in 52 games with the Miami Heat. He was then re-signed by the New York Knicks – with whom he logged four-and-a-half seasons in the early 2010s – in a ceremonial gesture by the team.

Most recently, Stoudemire spent the last two seasons with Tri-State of the Big 3 league. Prior to that, he played two seasons for Hapoel Jerusalem in Israel, a team he owns a share of ownership in. He helped them to the 2016 Israeli Basketball League Cup and the 2017 Israeli League championship.