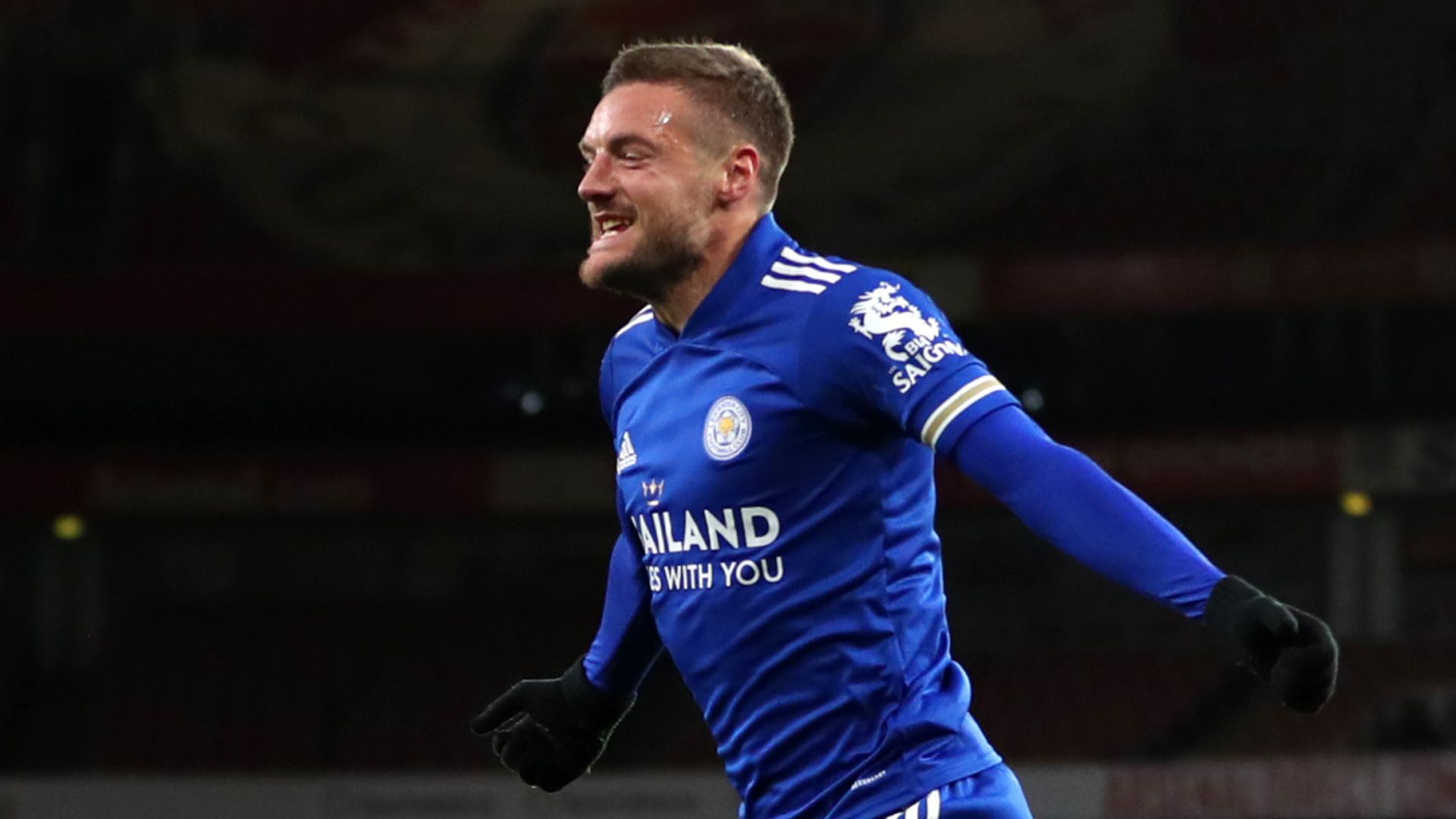 Vardy headed in fellow substitute Cengiz Under’s cross with 10 minutes remaining as the Foxes beat the Gunners in their own back yard for the first time at the 15th attempt in the Premier League with what was their only attempt on target.

Alexandre Lacazette had an early header ruled out for offside and he and strike partner Pierre-Emerick Aubameyang were guilty of squandering a host of first-half opportunities as the Gunners slipped to a third defeat of the season.

Leicester’s first away victory at Arsenal since 1973 was the 300th of Brendan Rodgers’ managerial career and lifts the Foxes up to fourth in the Premier League, three points clear of the Gunners, who remain 10th.

Arsenal host Dundalk in the Europa League on Thursday at 8pm, before travelling to Manchester United on Super Sunday at 4.30pm – live on Sky Sports Premier League.

Leicester travel to AEK Athens in the Europa League at 5.55pm on Thursday before making the trip to Leeds on Monday Night Football at 8pm – live on Sky Sports Premier League.