Mohegan Sun, CT. – In the telecast opener, super lightweight contender Subriel Matias (16-1, 16 KOs) scored a TKO victory over Malik Hawkins (18-1, 11 KOs) after six rounds of action. The fight was stopped on the recommendation of the ringside physician prior to the start of the seventh round and is officially scored a TKO one second into the seventh.

“The biggest difference between this fight and my loss was the way I trained in the gym,” said Puerto Rico’s Matias.

“I didn’t train as much as I should have for my last fight. Malik didn’t have the power to hurt me. In the first round, I knew that. And that’s when I kept moving forward and starting hurting him in the body. That’s what I kept doing, just going to the body.” 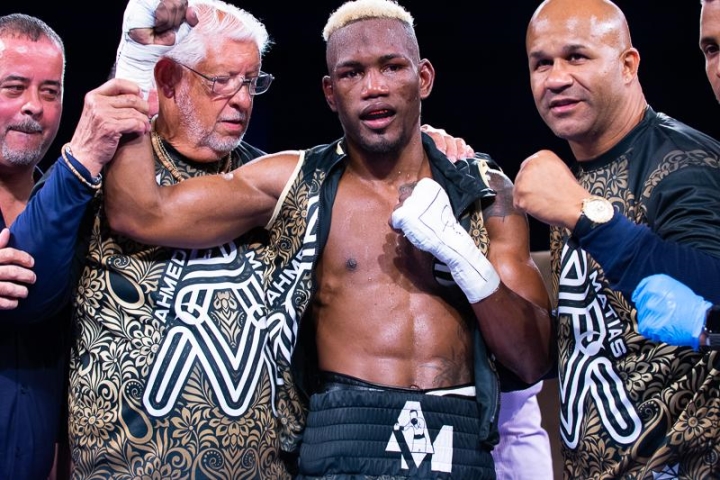 After Baltimore’s Hawkins won the first round on all three judges’ cards, Matias began to outwork his opponent and consistently land his left hook to the head and body. In round six, Matias knocked down a fading Hawkins with that hook, the first time Hawkins had been down in his career.

“He was doing a bunch of dirty things in the fight,” said Hawkins. “I’m not going to sit here and cry over spilled milk. He was the better man tonight. I’m getting right back into the gym.”

Matias was the busier fighter from rounds two through six, landing 137 punches to Hawkins’ 94. His left hook also helped him to a 122 to 70 advantage in power punches landed, while swelling the right eye of Hawkins that would lead to the end of the fight. Matias led by the score of 59-54 on all three judges’ cards at the time of the stoppage.

“I’ll fight anyone,” said Matias. “Whoever they put in front of me, it doesn’t matter. I want a title eliminator, and then I want to fight for a world title.”