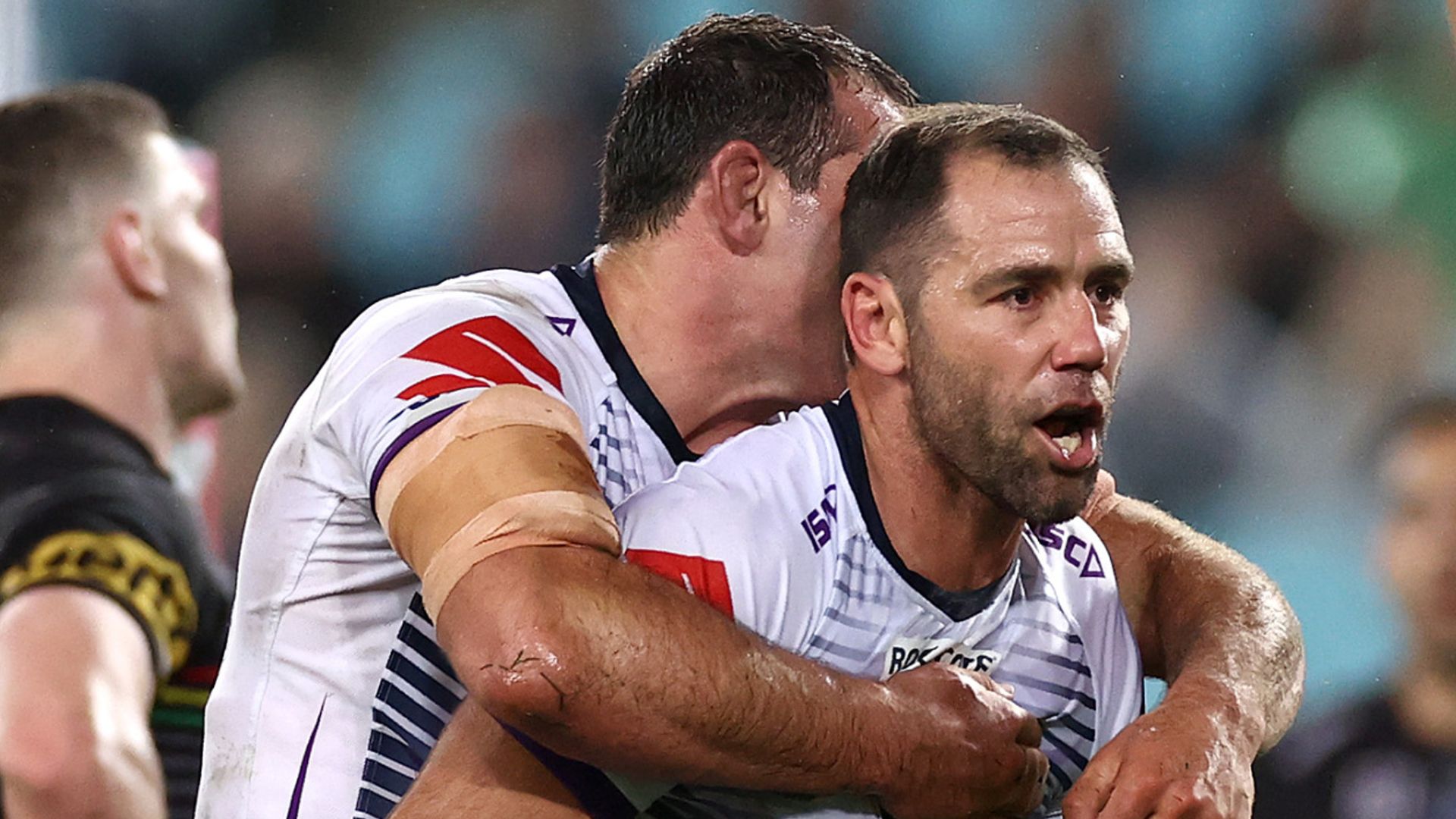 A stirring fightback from Penrith Panthers in the closing stages was not enough as Melbourne Storm clinched a 26-20 victory in Sunday’s NRL Grand Final.

The Storm led by 26 points with 45 minutes on the clock, but Brian To’o’s try sparked a monumental effort from the minor premiers to claw their way back into the contest which ultimately fell short despite their opponents having two men sent to the sin-bin in the final 10 minutes.

It meant Craig Bellamy’s side clinched the title for the fourth time in their history and that inspirational captain Cameron Smith – who scored a try and kicked five goals for the Storm – will bow out as a champion if he does, as expected, announce his retirement.

The Storm benefited from two big calls from the Bunker inside the opening 10 minutes, going ahead through a penalty try with four minutes gone after absorbing an early spell of pressure from the Panthers.

It came when Josh Addo-Carr did well to keep the ball in play as he went down the left touchline for Justin Olam to take and crash over, with the video official awarding a penalty try after it was deemed Tyrone May had illegally used his foot to prevent the Papua New Guinean centre dotting down.

Two penalties from Smith, who also converted the penalty try, kept the scoreboard ticking over in favour of Melbourne and they surged further in front in the 31st minute when Vunivalu leapt to intercept a pass from Nathan Cleary and race 80 metres to finish a converted try.

Smith put Melbourne firmly in control on the stroke of half time after Nelson Asofa-Solomona’s strong carry had taken his side to within striking distance, with the hooker recovering the ball after it was knocked from his hands by Api Koroisau to score under the posts and convert for a 22-0 lead.

There was no let-up after the break as a knock-on and failed captain’s challenge for the Panthers were punished by full-back Papenhuyzen spying a gap and stepping on the gas to sprint over 60 metres for an unconverted score wide out on the left.

Winger To’o gave the Panthers a bit of hope with a converted try wide on the right from Isaah Yeo’s kick which was eventually – and controversially – awarded after a long examination by the Bunker for an obstruction following an initial ‘no try’ call on-field by Mr Sutton.

The Panthers, who came into this final on the back of a 17-game unbeaten run further cut the deficit with 11 minutes to go following an error on the first tackle by Melbourne in their own half, with Crichton finishing the attack by forcing his way over for another try converted again by half-back Cleary.

Melbourne were then reduced to 12 men for the final nine minutes when Jahrome Hughes was sin-binned for a professional foul and the Panther took full advantage when Jarome Luai flung a pass out wide to the left for Mansour to grab an unconverted try.

Brandon Smith joined Hughes in the sin-bin with just over 10 seconds remaining and Cleary powered his way over for a converted try, but the Storm held out on the final play to clinch the Provan-Summons Trophy for three years after their last triumph.

Three in a row for Broncos

Earlier in the day, Brisbane Broncos secured their third-straight NRL Women’s title with a 20-10 win over Sydney Roosters in their Grand Final.

The reigning champions went ahead after just three minutes through Tamika Upton on the back of a break from Tarryn Aiken and that was followed by Aiken setting up Amber Hall to power over five minutes later.

Meg Ward converted both tries, but the Roosters dragged themselves back into the match with scores from Yasmin Meakes and Quincy Dodd – the latter being converted by Zahara Tamara – to trail by just two points.

However, Chelsea Lenarduzzi’s unconverted try six minutes before half time saw the Broncos holding a 16-10 lead at the interval and the game-clinching score came when former Roosters player Talisha Harden finished four minutes after the restart.