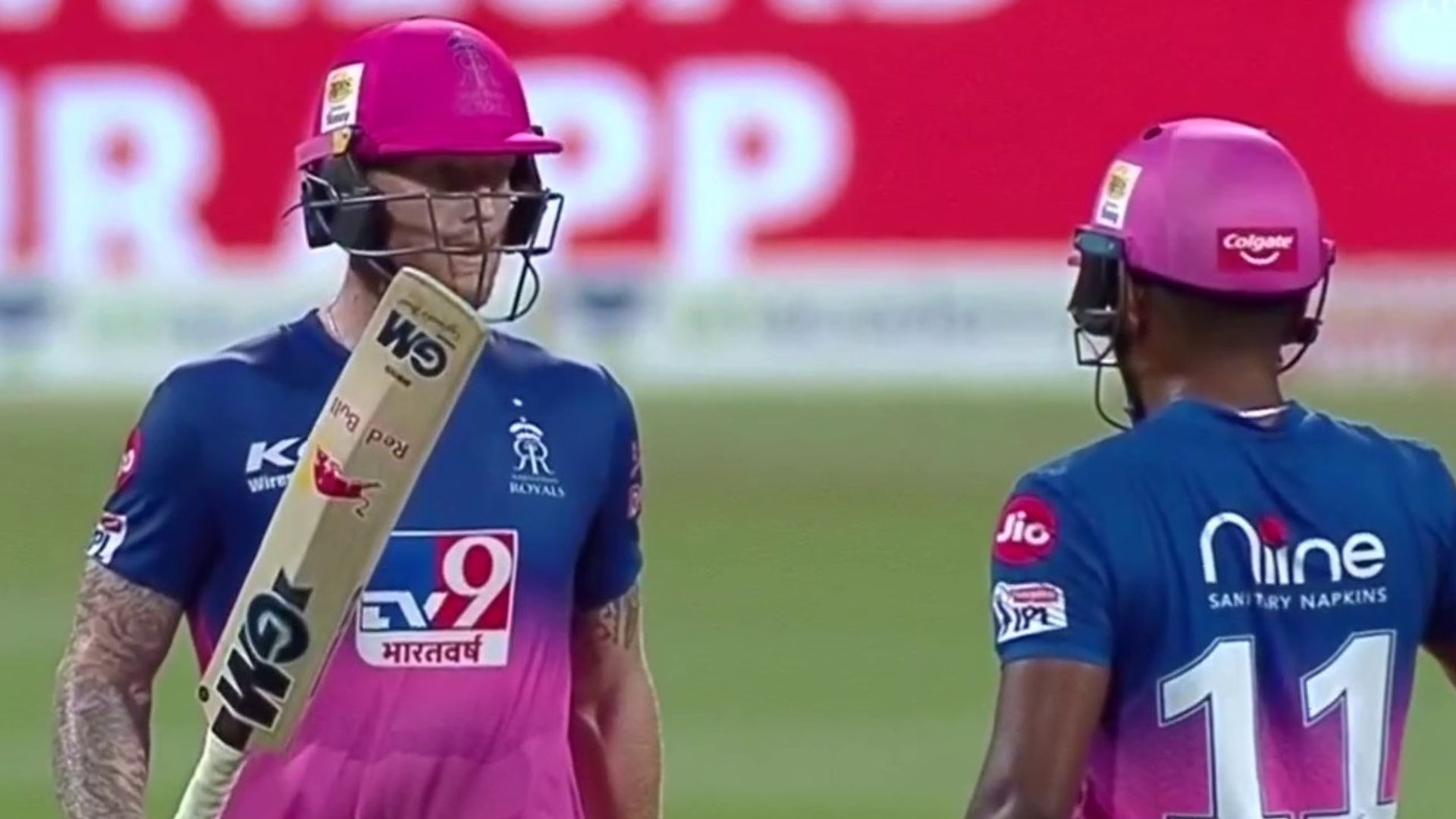 Stokes finished on 107 not out from 60 balls – a majestic knock that included three sixes and 14 fours – as the Royals chased down what had looked an imposing target of 196 with 10 deliveries to spare in Abu Dhabi.

He shared an unbroken third-wicket partnership of 151 with Sanju Samson (54 not out from 31) to ensure Rajasthan – who climbed to sixth in the standings – retain a chance of reaching the play-offs.

Stokes’ England team-mate Jofra Archer also made his mark for Rajasthan with a stunning one-handed catch at third man, along with two wickets as Mumbai posted 195-5, thanks to Hardik Pandya’s unbeaten 60 from just 21 balls.

Having won the toss and chosen to bat, Mumbai lost Quinton de Kock inside the first over as the South African, having hammered Archer (2-31) for an enormous six, chopped the next ball onto his stumps.

However, Ishan Kishan (37) and Suryakumar Yadav (40) took up the baton with some aggressive strokeplay as they built a partnership of 83 from 59 deliveries.

Spin duo Shreyas Gopal (2-30) and Rahul Tewatia (0-25) found an element of control after the powerplay, but it was seamer Kartik Tyagi who made the breakthrough – courtesy of Archer’s outstanding catch.

The England star leapt high at third man to pluck Kishan’s drive out of the air and that sparked a mini-collapse as Gopal persuaded Suryakumar to hole out to long-off before bowling Kieron Pollard (6) on the back foot with a beauty.

At 101-4, Pandya and Saurabh Tiwary (34) hauled Mumbai out of a hole with their stand of 64 off 31 – dominated by the left-hander, who clubbed Archer for two fours and a six before finding Stokes on the boundary.

But Pandya’s merciless display of hitting demolished the Royals during the last three overs, which produced 57 runs as he belted Ankit Rajpoot for four maximums before taking another three off Tyagi.

Stokes went out to open the Rajasthan reply alongside Robin Uthappa, but he was left at the non-striker’s end for the first two overs – in which time his partner (13) miscued James Pattinson (2-40) to Pollard at mid-on.

The England all-rounder soon made his intentions clear, though, clipping his first ball from Trent Boult for four and following up with three further boundaries in the over as he and Steve Smith (11) maintained momentum.

Although Smith departed after playing on to Pattinson in the fifth over, Stokes found a more than capable ally in Samson, who was initially content to take a back seat but then went for his shots.

He drilled Pattinson back over his head for a colossal six, while Stokes brought up his half-century from 28 deliveries with a flourish, dispatching spinner Krunal Pandya for successive boundaries.

The only question that remained was whether Stokes could reach three figures – and he did so in style, hoisting Pattinson over midwicket for another six before carving his next ball for four to clinch the Royals’ victory.