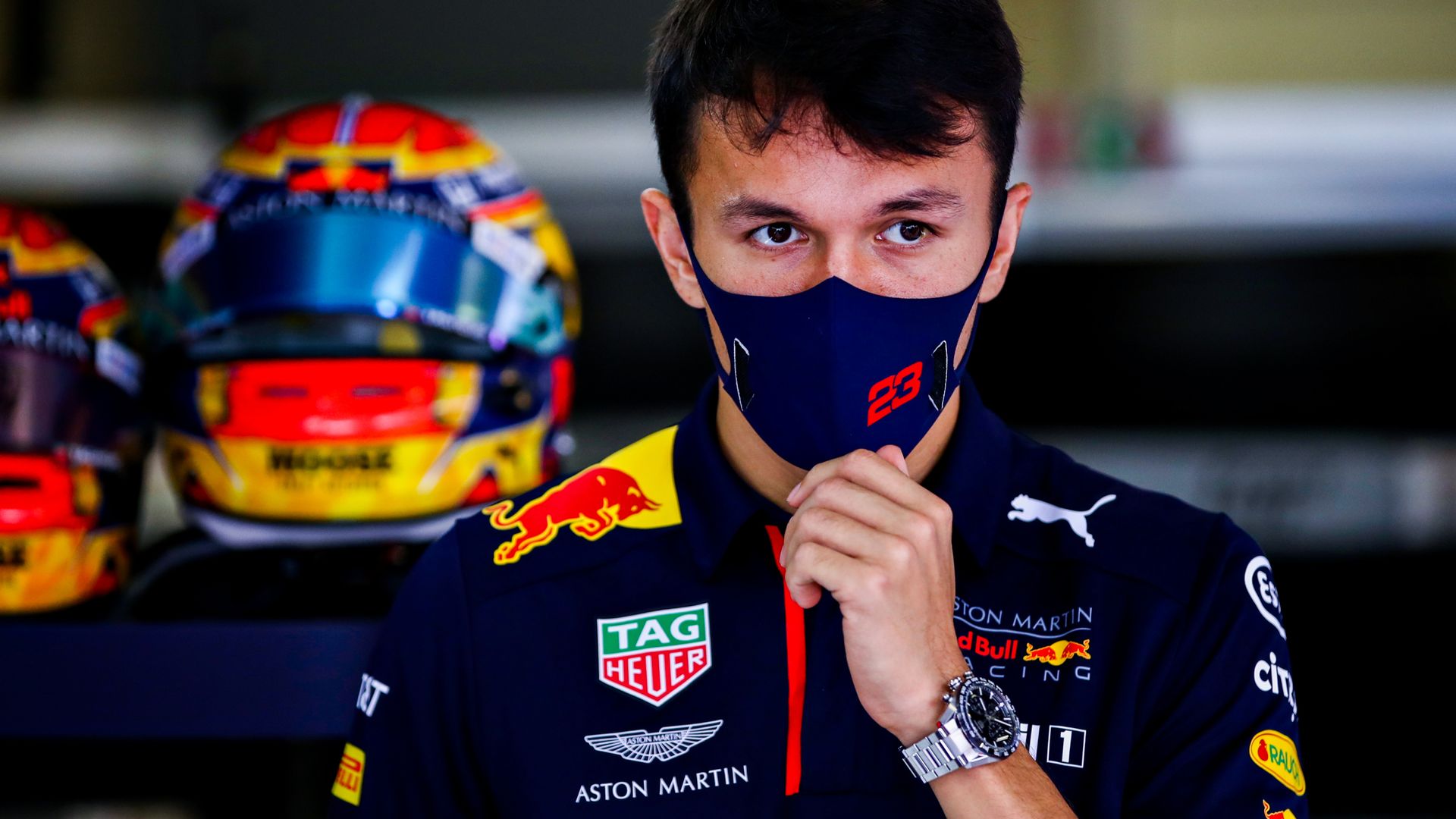 Gasly sealed superb fifth for AlphaTauri at Portuguese GP, while Albon was outside the points and lapped by Verstappen

Alex Albon and Pierre Gasly’s contrasting Portuguese GPs hasn’t changed Red Bull’s mind about their race seats, according to Christian Horner – who says the team would be in “exactly the same situation” if they swapped the drivers.

Albon, in desperate need of a strong race at Portimao after being told he has “two or three weeks” to secure a new contract next to Max Verstappen, finished a disappointing 11th and was rarely in points contention.

Gasly, meanwhile, the Frenchman who lost his Red Bull seat to Albon back in August 2019, was a Sunday star as he secured fifth in the AlphaTauri.

But Horner, who told reporters over the weekend that Red Bull are likely to look outside their programme should Albon be replaced, has reinforced his belief that Gasly would be having similar struggles in the RB16 despite his strong 2020 form, and Verstappen’s consistent podiums.

“I think Pierre’s doing a great job and he drove another great race today, some great moves, and you can see his confidence is there,” the Red Bull team boss told Sky F1. “That AlphaTauri car is an easier car to drive, and it was an easier car last year when Alex moved across – that was one of the first comments he made.

“But I’ve got [every] reason to think that if the tables were turned, it would probably be exactly the same situation.

“I think Alex in that [AlphaTauri] car would probably perform equal to how Pierre is at the moment. We have so much information on these drivers and the characteristics of our car are very different.

Although Red Bull appear keen to keep Gasly in their sister team, the 24-year-old, who won the Italian GP last month, is hoping for a chance.

“At the end of the day Red Bull decide what they do with the drivers,” he said. “On my side, all I can do is perform. That’s out of my control.

“I think at the moment I’m working well, and I’ve scored more points in this team than any driver in the past. Hopefully I will get a reward at some point.”

Red Bull have made no secret of their desire for Albon to be further up the grid, but Sunday was another difficult day for the British-born Thai driver.

He started sixth, but quickly fell back and was in traffic for much of the race – eventually lapped by the leading cars including his team-mate.

“We want both drivers obviously to be up there and we need to get Alex to a point where he’s within a couple of tenths, as Valtteri [Bottas] is with Lewis [Hamilton],” added Horner. “It gives you different strategic options in the race.

“Everybody is doing their very best to try and help Alex to find a setup, to find a balance he’s got confidence with, because we all still believe in him. He’s got great talent, he’s only in his second year of F1, and everyone is rooting for him to claim that seat. But obviously today has been a difficult day for him.”

Sergio Perez and Nico Hulkenberg are among a host of available free agents for 2021, and Horner admitted Red Bull want to confirm their line-up “within the next few weeks”.

“We know the options that are available to us,” he said. “We want to give Alex every opportunity to find his form and claim that seat.”