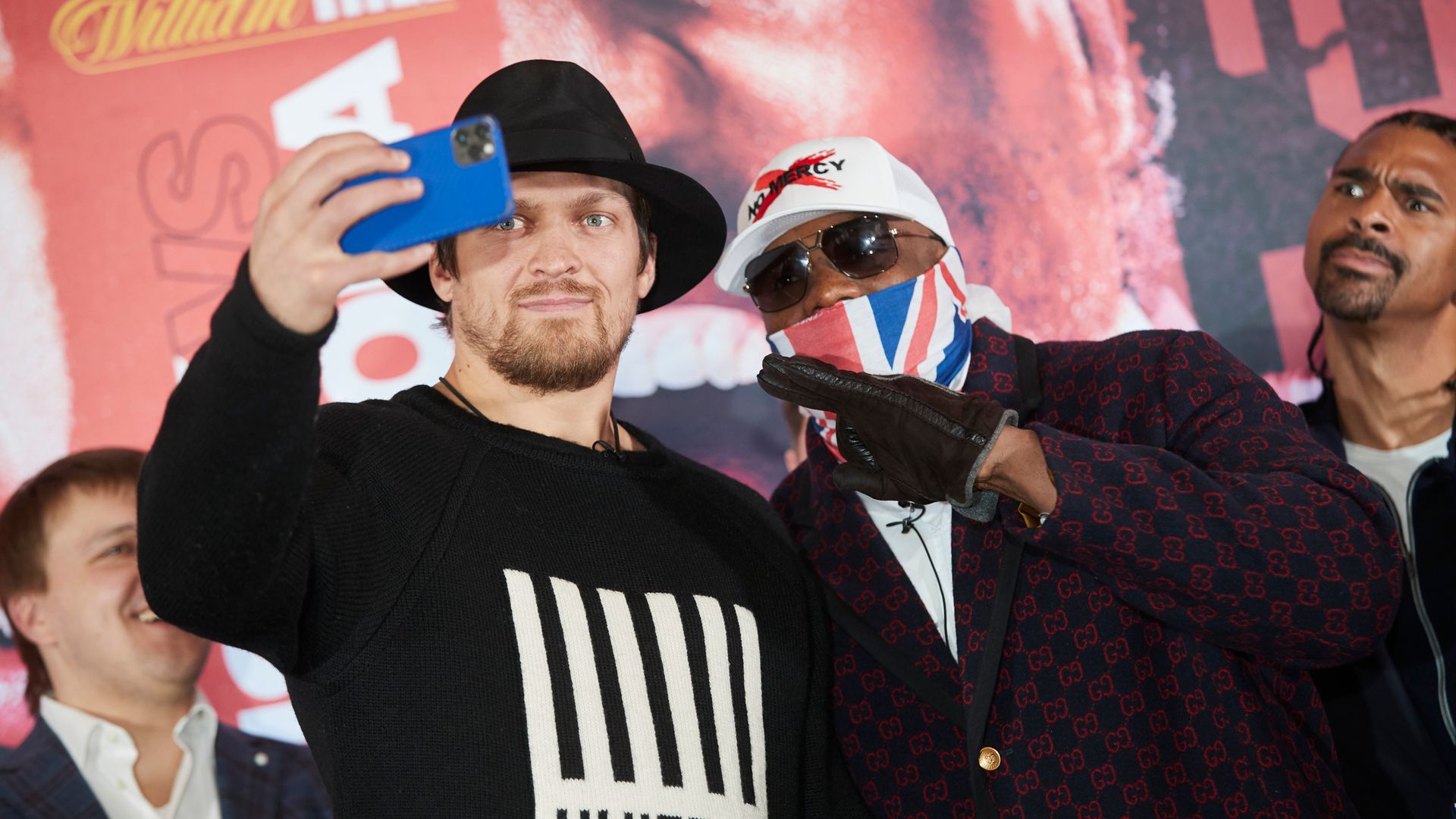 Oleksandr Usyk and Derek Chisora’s shared “desire” not to waste time in the world title hunt was the crucial factor in finalising a fight that has been a year in the making, says promoter Eddie Hearn.

Usyk will risk his status as WBO mandatory challenger to Anthony Joshua’s title when he steps into just his second heavyweight fight, against Chisora, on Saturday live on Sky Sports Box Office.

The fight was initially agreed for May but postponed due to the coronavirus pandemic and has now been reagreed.

Hearn described the process to Sky Sports: “A series of discussions. But it really came down to their desire of the fighters.

“When two people want to fight, generally you get it over the line.

“When we heard the news from the government that fans weren’t allowed in October, I thought it would be dead. But it gave me more incentive to make it happen.

“It still came down to the desire of Del, Usyk and [Chisora’s manager] David Haye who was the driving force behind it. We found a way.

“It came down to the fact that Usyk thinks this is the right fight for him to prepare for a world title. And Del thinks: ‘I can beat him and I don’t want to wait until next year!’

“We have a mega-fight on our hands.

“Usyk had 9,000 people at his fight in Chicago and 20,000 for his fight with Tony Bellew; Chisora is used to fighting in front of a full-up O2. So we have a different dynamic.”

How long has Chisora chased Usyk?

In October 2019 Usyk won his heavyweight debut against Chazz Witherspoon but without the same style that we had seen during his run to becoming the undisputed cruiserweight champion and knocking out Tony Bellew.

Before flattening David Price in the same month, Chisora mocked Usyk’s unorthodox training: “Forget the juggling balls and dancing. Nobody wants to see a dancing show. Come Dancing with the Stars? This is a boxing match.

“You know what, I want to have that fight.”

“The WBO have a convention in Tokyo where I will lobby them,” Haye said. “The WBO want exciting fighters, and it makes sense for them to sanction Usyk vs Chisora.”

Will the winner fight for a world title?

Usyk said immediately after beating Bellew in 2018: “Becoming heavyweight champion of the world is not what I’m dreaming of. It’s my goal. It’s what I’m planning to do.”

The brilliant Ukrainian was installed as WBO mandatory challenger upon his arrival in the heavyweight division but hasn’t yet cashed in his opportunity.

Joshua, the IBF, WBA and WBO champion, must first defend his titles against Kubrat Pulev on December 12, live on Sky Sports Box Office, then hopes to meet Tyson Fury to decide an undisputed champion.

But Usyk’s co-promoter Alexander Krassyuk, who works alongside Hearn, insists their mandatory opportunity will arrive in 2021: “He has agreed to let AJ versus Kubrat Pulev happen, with regards that the winner fights him next. This statement is still solid.

“Our plan is: A) beat Derek Chisora, B) push AJ to comply with WBO rules or vacate the title, C) defeat AJ (or any other WBO champion or contender and become the heavyweight champion. Simple and practical.”

That plan goes out the window if Chisora beats Usyk.

Haye said last year: “Whether it’s Chisora’s next fight or the fight after, it will be for a world title. Imagine Chisora winning a world title? What a turnaround.”

Chisora has fought just once for a world title, unsuccessfully challenging Vitali Klitschko in 2012. He then brawled with former enemy Haye in the post-fight press conference.

Speaking last December, Joshua said: “When I’m trying to build my record, I want opponents like Usyk to say that I’ve defeated them.

“He uses his feet very well, and positions his hands well. You can’t hit him because his feet move so well. If you do manage to catch him, [the punches] are brushing off the gloves.

“What I’d do, as I have done already, is study him – from his footwork, his hand positioning, to his openings.

“Then I’d go to former people who have faced him and find out information on how to defeat him.”