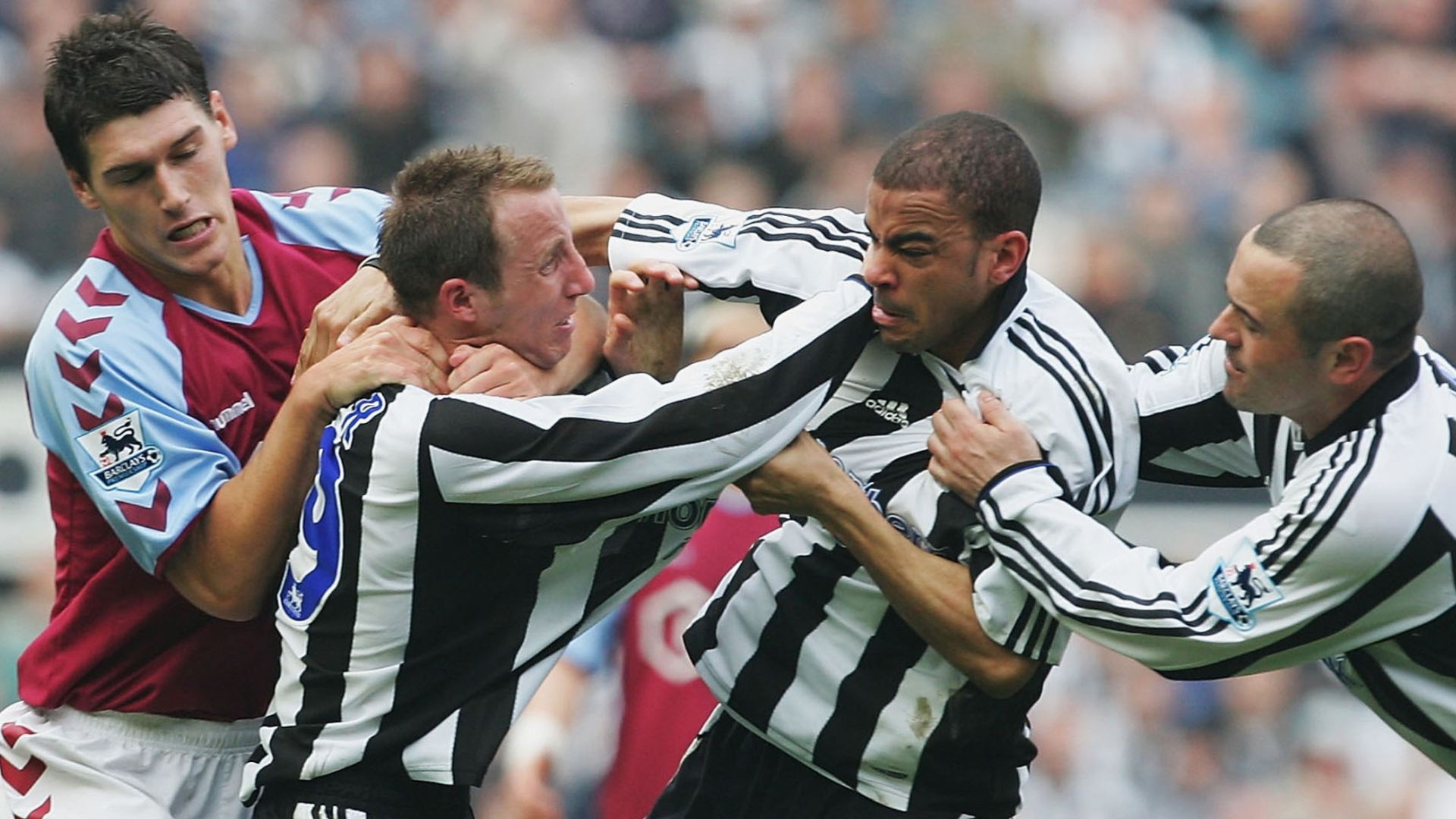 Kieron Dyer gave an insight into the Lee Bowyer bust-up at Newcastle – and then-manager Graeme Souness’ reaction – plus playing under Sir Bobby Robson.

Appearing as a pundit on Super Sunday, the former midfielder looked back on a successful period at St James’ Park and addressed the now-infamous confrontation with Bowyer during a 3-0 defeat to Aston Villa.

Dyer told Sky Sports: “For me, I had a kind of redemption because I had a fall out with Sir Bobby over the right wing situation and I’d just won the fans back over. I had 50,000 booing at me, the guilt of Sir Bobby being sacked a few months earlier, I had a lot of blame thrown at me. Some of it was rightly so.

“People don’t realise how close me and Bobby were. Some say I let him down and yes, I did, but you fall out with your mums and dads and we had a real father and son relationship.

“Souness then comes in and I play out of my skin, everyone’s back on side and then the Lee Bowyer fight happens and I’m thinking ‘oh no, I’m back to square one’, which was tough. But to be fair to the club, I think they blamed Lee more than they blamed me.

“When you talk about Premier League moments, that is one of the things that sticks out. More people ask about that than the performances on the pitch but Lee was a fiery character, he was a great friend and someone I still speak to – I hope he does well at Charlton.

“We never had any fallouts before, we were passionate and losing 3-0. Tempers flare over sometimes.”

Dyer also discussed playing under legendary manager Robson and praised him for getting the best out of his team.

“He was the best man-manager,” Dyer told Super Sunday. “He was a national treasure, everyone loved him and he got the best out of everyone.

“Some of the games and memories we had, the game at Feyenoord away when we qualified for the next round of the Champions League, they are special moments in my time at Newcastle.”