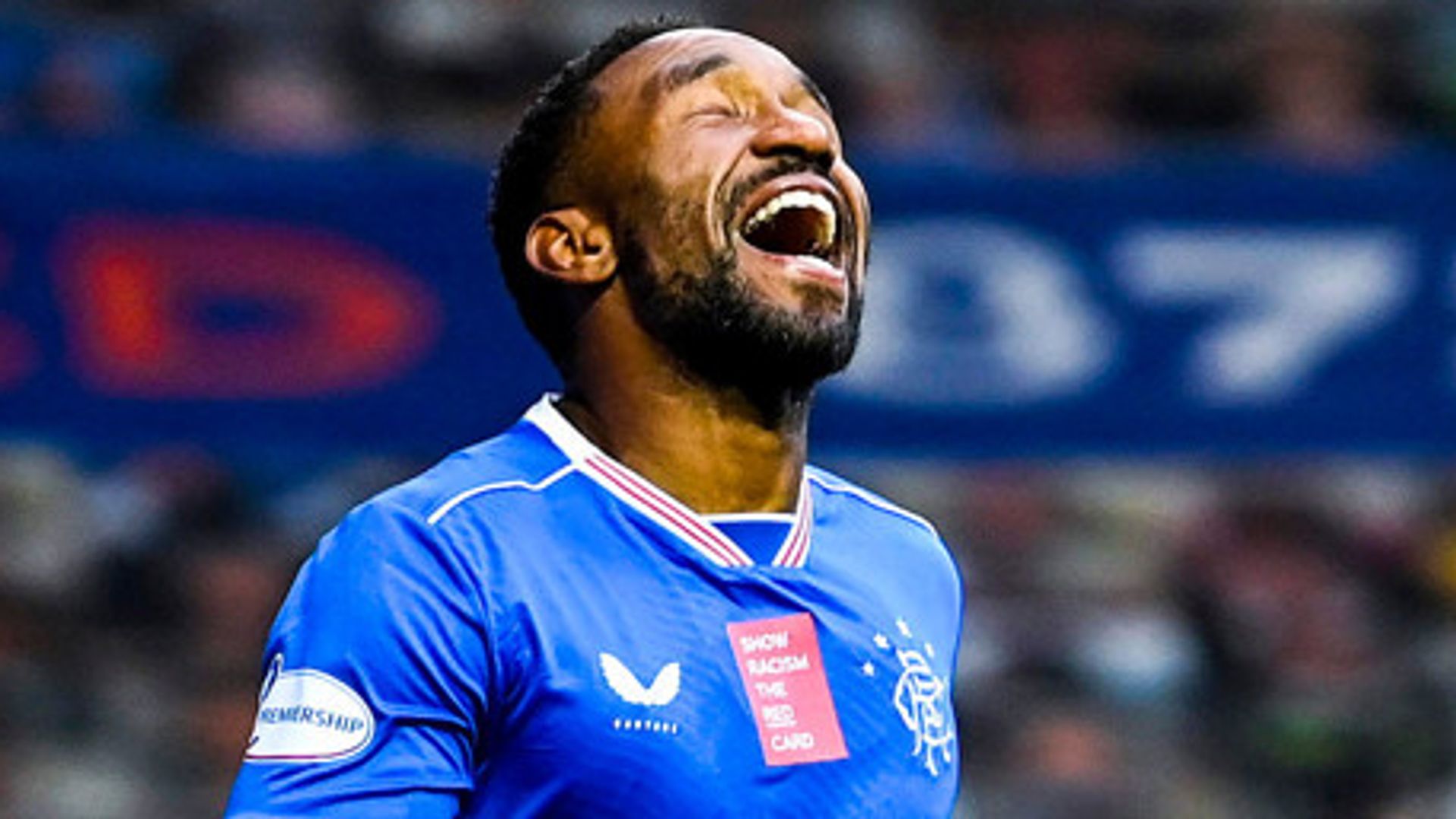 Jermain Defoe scored his 300th goal in club football as Rangers moved six points clear in the Scottish Premiership with a 2-0 home victory over Livingston.

The 38-year-old produced a sublime finish in the 16th minute to follow Joe Aribo’s opener as Steven Gerrard’s side made the most of the opportunity presented by Aberdeen’s late equaliser in a 3-3 draw with Celtic.

Defoe, whose first goal came for West Ham 20 years ago last month, shot first time with his left foot to net his first league goal of the season.

Aribo had struck with just nine minutes on the clock to set the hosts on course for a win that was further evidence of both the increased depth and focus of Rangers this season as they built on last weekend’s victory at Celtic Park.

How Rangers extended lead at summit

Filip Helander, Steven Davis and Calvin Bassey also started, the latter after coming on in Belgium for the injured Borna Barisic, who was on the bench at Ibrox.

Rangers have lost the subsequent game after two of their previous three derby wins under Gerrard and soon suffered a general collapse in form after the other.

But Max Stryjek – in goal for Rangers loanee Robby McCrorie – was beaten inside nine minutes after slack play at the back. Ianis Hagi dispossessed Efe Ambrose and set up Defoe, whose shot was stopped by the goalkeeper’s legs, but Hagi showed good awareness to square to Aribo, who swept the ball into the empty net.

The second goal came from James Tavernier’s accurate ball over the top. Defoe got in between the Livi centre-backs and did not break stride as he met the ball as it dropped.

The visitors came close midway through the half when Gers defender Connor Goldson turned Julien Serrano’s low cross on to the post. The rebound fell kindly for Jay Emmanuel-Thomas but the Livi striker could not react quickly enough and the ball bounced off him and into Allan McGregor’s arms.

Rangers dictated play for the remainder of the half and Ryan Jack forced a couple of saves.

There were signs of encouragement for Livingston after the interval and McGregor stopped dangerous balls across his goalmouth from Josh Mullin and Alan Forrest.

Gerrard made changes in a bid to rekindle his side’s spark with those introduced including Kemar Roofe, fresh from his wonder goal in Liege.

There were no more heroics although another substitute, Jordan Jones, forced a decent stoppage-time save from Stryjek as Rangers saw out the win and a 13th clean sheet this season.

They now have the chance to go nine points clear at Kilmarnock next Sunday, albeit Celtic – in Scottish Cup semi-final action against Aberdeen – will have two games in hand.