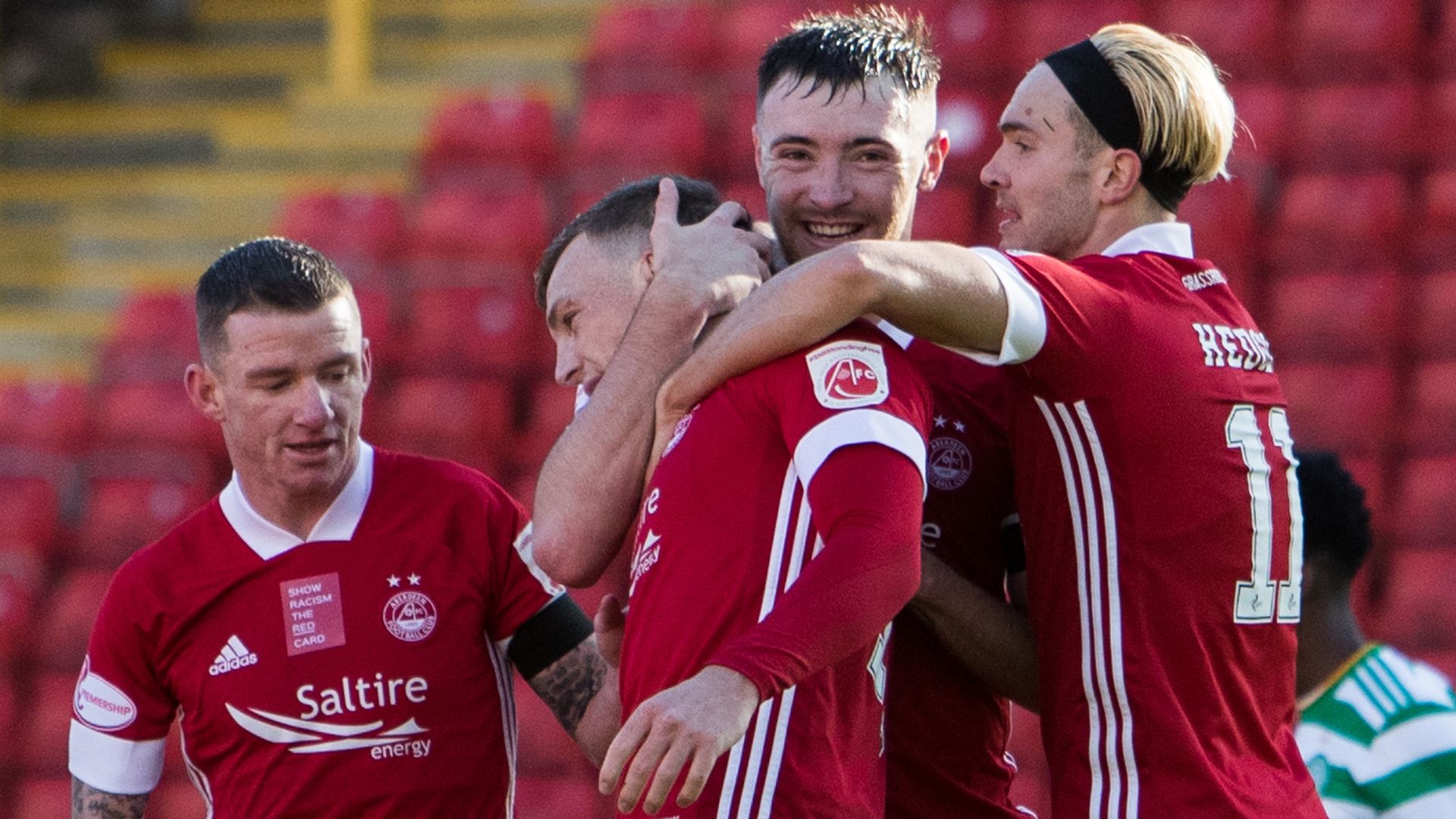 Celtic were denied a dramatic victory at Pittodrie as Lewis Ferguson’s injury-time penalty grabbed Aberdeen a share of the spoils in the Scottish Premiership.

Aberdeen worsened a difficult week for Celtic when they took the lead before half-time through Ferguson’s first penalty (43) after the midfielder was fouled by Oliver Ntcham.

Neil Lennon’s side, who came into the game on the back of defeats to Rangers and AC Milan, responded through Callum McGregor (52), but they were behind again 13 minutes later when Ryan Hedges converted from close range (65).

The champions never gave up and drew level again as substitute Leigh Griffiths picked out the top corner (76) before Ryan Christie completed a quick turnaround two minutes later from the spot after Mohamed Elyounoussi was fouled by Tommie Hoban.

Celtic looked on course for victory but there was a sting in the tail as McGregor brought down Connor McLennon as Lewis (90+1) scored his second penalty of the game to deny the visitors a much-needed win.