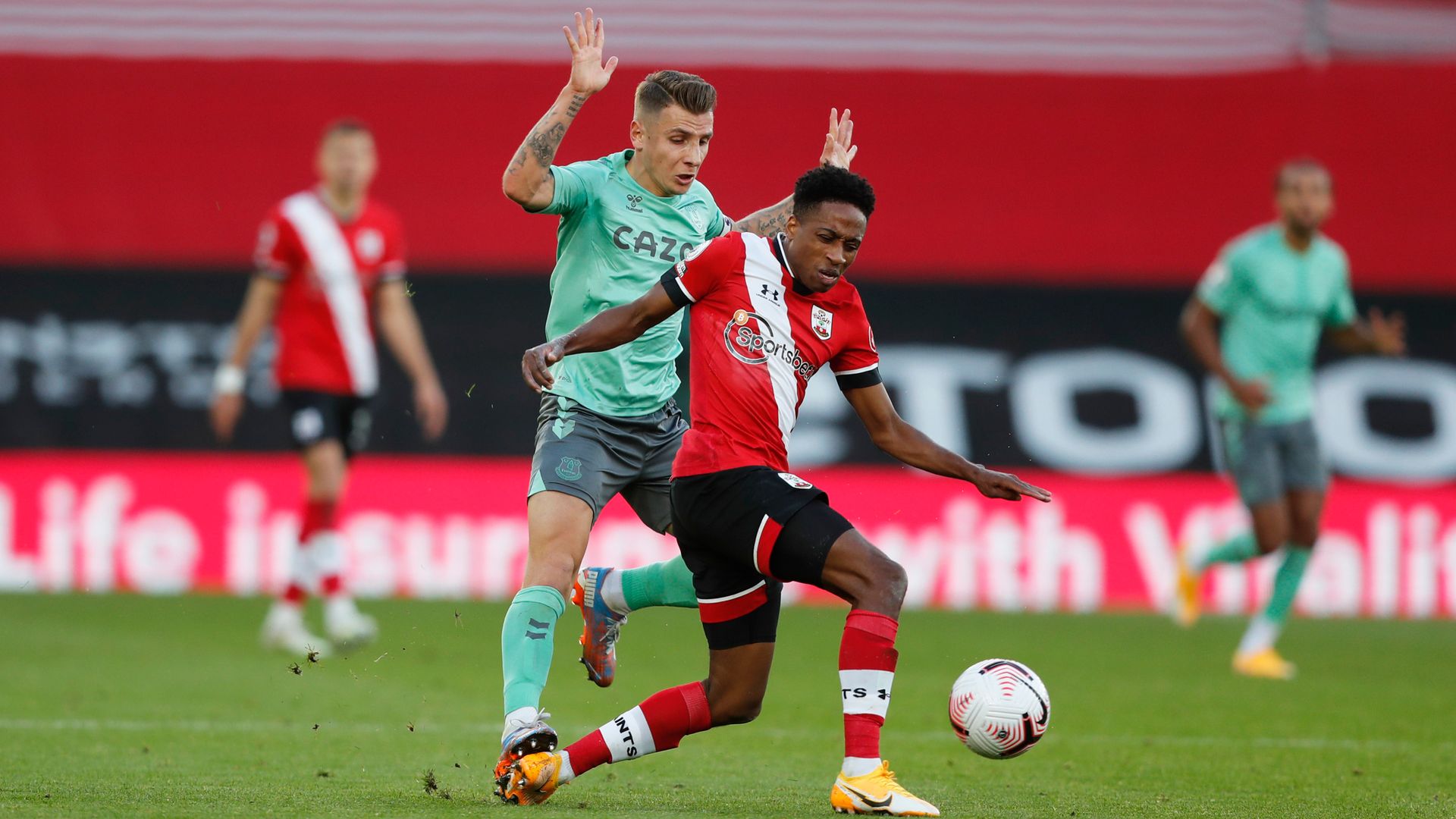 Everton manager Carlo Ancelotti says the club will appeal the decision to send off Lucas Digne during Sunday’s 2-0 defeat at Southampton.

Referee Kevin Friend brandished a straight red card for a foul by the Frenchman on Kyle Walker-Peters after 72 minutes at St Mary’s as Everton’s unbeaten start to the Premier League season came to an end.

While his side were well beaten on the south coast, Ancelotti is determined for his full-back to avoid a three-match ban for violent conduct, which is set to rule him out of games against Newcastle, Manchester United and Fulham.

When asked for his views on the red card, Ancelotti told Sky Sports: “It was a joke – it was not intentional. It was not violent conduct so they could’ve checked better. Maybe all the rumours during the week against [Jordan] Pickford and against Richarlison affected the decision, and if it is like this, it’s not right. It’s not fair.”

The Italian later reiterated in his post-match press conference: “I think we’re going to appeal. It could be a yellow card but it wasn’t violent conduct and the red card was unfair.

“It was not a bad challenge I saw – it was not intentional as he was running behind and he had a contact with the ankle of the opponent but he didn’t have the intention to use violent conduct, so it was not the right decision.”

The visitors struggled to get going as Saints were clinical, taking a two-goal lead inside the first half.

James Ward-Prowse fired past England number one Jordan Pickford to break the deadlock before Che Adams benefitted from a deflection less than 10 minutes later.

“I think we have to check in the next few days, but he was tired at the end. He felt his muscle towards the end, but I don’t think it’s a big problem. It’s true the game was difficult for everyone.

“I’m disappointed because we lost the game, but I cannot forget what we’ve done until now and we have to keep going in order to continue to do well. We’re still at the top of the table which is an unbelievable achievement for us, and we have to try to stay there.”

The Toffees had gone into the game unbeaten across five league matches and had been top of the table heading into the weekend, however they struggled against Ralph Hasenhuttl’s well-organised side.

This was still a scalp for the hosts, who overcame the team starting the day top of the Premier League for the first time in 12 matches, since a 1-0 victory at Anfield against Brendan Rodgers’ Liverpool in September 2013.

It came precisely a year to the day since Southampton’s 9-0 home defeat to Leicester – and Hasenhuttl was asked if the anniversary was used as a motivational tool during the week.

“Not one minute, not one time throughout the whole week – it’s not interesting to us,” the Saints boss said. “We don’t have time to speak about anniversaries but it’s more important to see what you can do to hurt your opponent. That was our focus and it was a very strong game from us.

“After not a good start, it was necessary to pick up a few points. If you lean back at all, you immediately get the bill for it. What I like in our team at the moment is that we’re taking steps forward and the biggest mistakes are made when you think you’re successful so we have to keep on working hard to make steps forward.

“It was definitely one of our best performances so far against a strong side. There was good game management and a good balance to our team. It was important that we kept the ball and made our opponents run, and we did this in a fantastic way. We’ve shown good steps forward in the past couple of games, and it’s necessary if we are to become a better side.”

Analysis: Do Everton have case with Digne red?

“The word intent is thrown about, but players don’t intend to injure other players. Digne’s tackle is an accident, it’s a yellow card, get on with the game. I really hope the referee and authorities look at it and see it’s not a red card.

“It’s already cost Everton because they had to play a large chunk of this game with 10 men, but the three-game ban for serious foul play has to be overturned. If we get to the stage where that is a red card, the game is officially gone.”