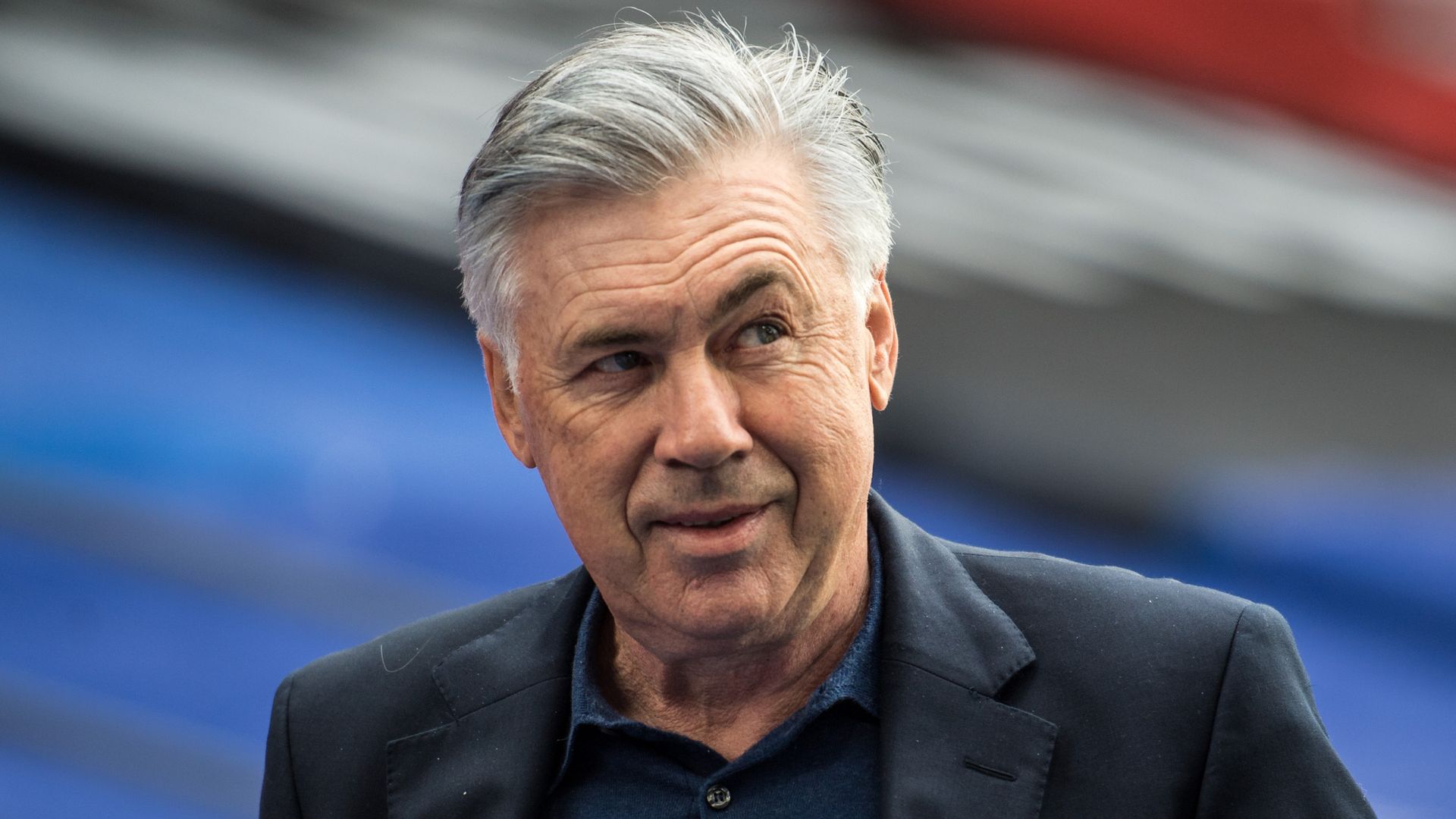 Carlo Ancelotti is hopeful Everton’s renewed “atmosphere and spirit” this season can provide the club with the springboard for a European return.

The Toffees will put their unbeaten start to the Premier League season on the line when they visit Southampton as league leaders on Super Sunday.

But Ancelotti says his side will keep their feet on the ground as they look to return to European competition three years after exiting the 2017/18 Europa League at the group stages.

“The spirit and the atmosphere in the training ground has totally changed compared to last season,” Ancelotti told Sky Sports.

“Last season was really difficult for everyone – they didn’t start well, they changed the manager and I arrived, then there was lockdown, so the season was really complicated. The players were able to switch and to prepare the new season with a different spirit, that was the key.

“[Our goal] doesn’t change. We started well, we want to reach the European positions, we want to play in Europe next season and so there are two possibilities – the Europa League or the Champions League.

“We hope to reach this goal that is really important for us, and for the club.”

Ancelotti led Everton to seven wins in their first seven games of the season in all competitions, including an opening-day triumph at Spurs, before an action-packed 2-2 draw in the Merseyside derby last week.

The 61-year-old says his players gave a good account of themselves but he is aware that they cannot hope to compete with their city rivals for the Premier League title just yet.

“The derby showed that we can compete but, honestly, we are not at the same level of Liverpool,” he said.

“In my opinion, Liverpool are one of the best teams in Europe, for sure, no doubt about this. I don’t know how far we are, really, but we are not at the same level, we have to work on this.

“Experience, knowledge, all these kind of things, we have to improve the quality of the squad year by year and be a little patient. Of course we cannot reach top results immediately, we need time and step by step I think we can reach a very good level in England.

“We are surprised to be at the top, honestly, but we accept this! We want to stay there as long as possible. It will be difficult, we know, every game is more and more difficult, but we have to try.”

The Italian arrived on Merseyside ten months ago after his departure from Napoli to replace Marco Silva and has relished his time at Goodison Park so far.

“I love football, I love what I’m doing and I’m able to keep that same passion I had as a kid when I played in the streets,” he said.

“The best part of my job is the training sessions. I like to be on the pitch, to stay with my players and work with them and to try and build something together.

“The most difficult part of our job is the team selection. Sometimes it gives you a little bit of sadness because you have to tell some players to stay out and sometimes they deserve to play, but the line-up is chosen for very little details.

“Time flies, but I’m really, really happy to be here. I love the atmosphere here. The club is like a family so I feel really comfortable.”

It has been a blistering start to the new season for Dominic Calvert-Lewin and the man integral to him joining Everton four years ago has spoken of his pride in his gradual development.

Calvert-Lewin is the Premier League’s joint-top scorer with seven goals alongside Tottenham’s Heung-Min Son, and his side sit top of the table after the opening five games.

David Unsworth helped recruit the striker from Sheffield United in August 2016 for an undisclosed fee believed to be worth up to £1.5m, but the Everton U23s manager told Sky Sports it was significantly less.