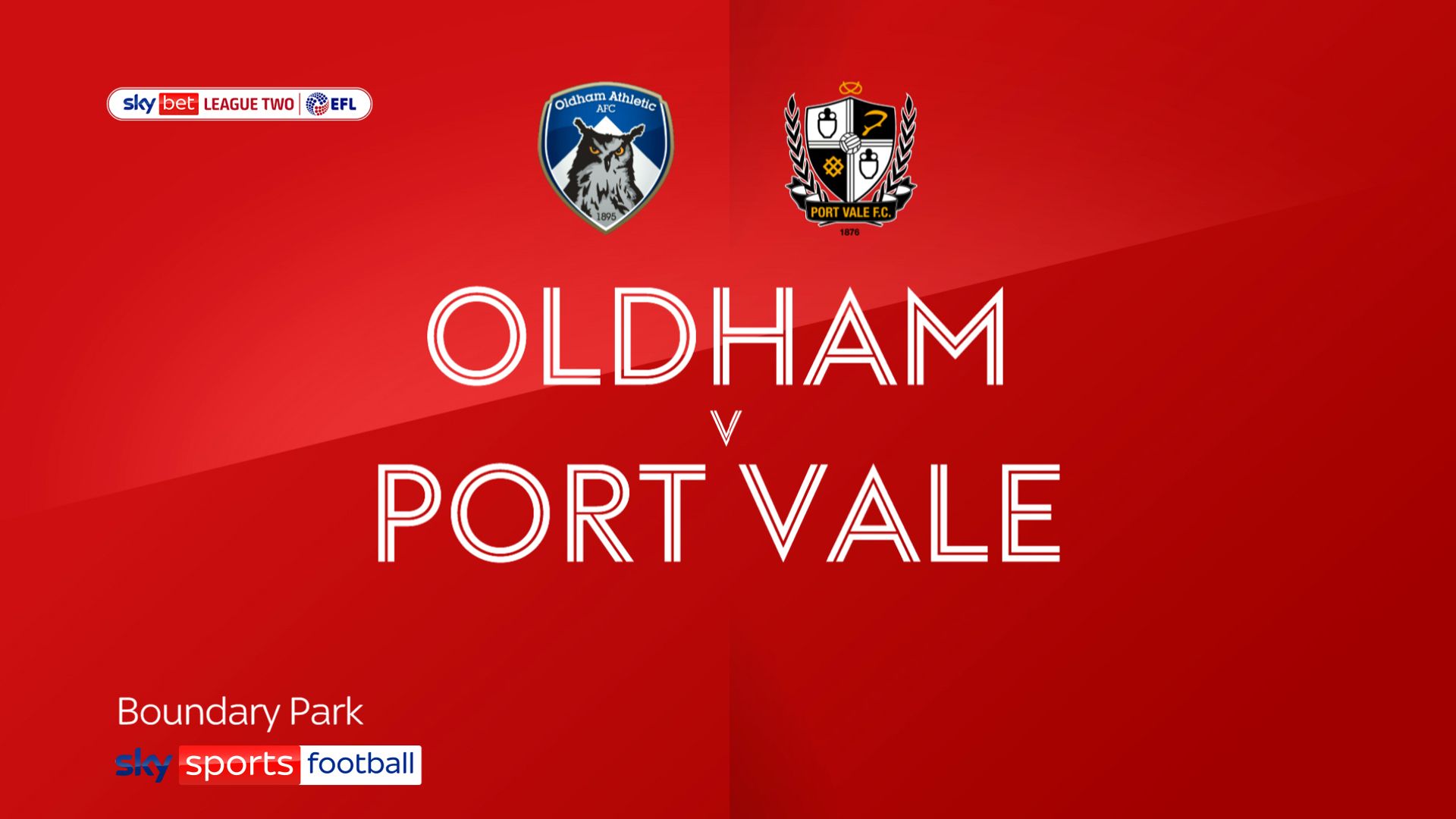 Port Vale survived a second-half rally from Oldham as they registered a deserved 2-1 victory.

The hosts, still without boss Harry Kewell and now one unnamed player due to positive Covid tests, were denied when Zak Dearnley’s angled strike was saved by Scott Brown.

Vale doubled their lead when Mitch Clark curled home brilliantly from 20 yards after a smart one-two with Tom Conlon.

Vale ought to have made it 3-1 when David Amoo forced a fine save from Ian Lawlor, while at the other end Oldham defender Carl Piergianni headed just off target from Danny Rowe’s corner.