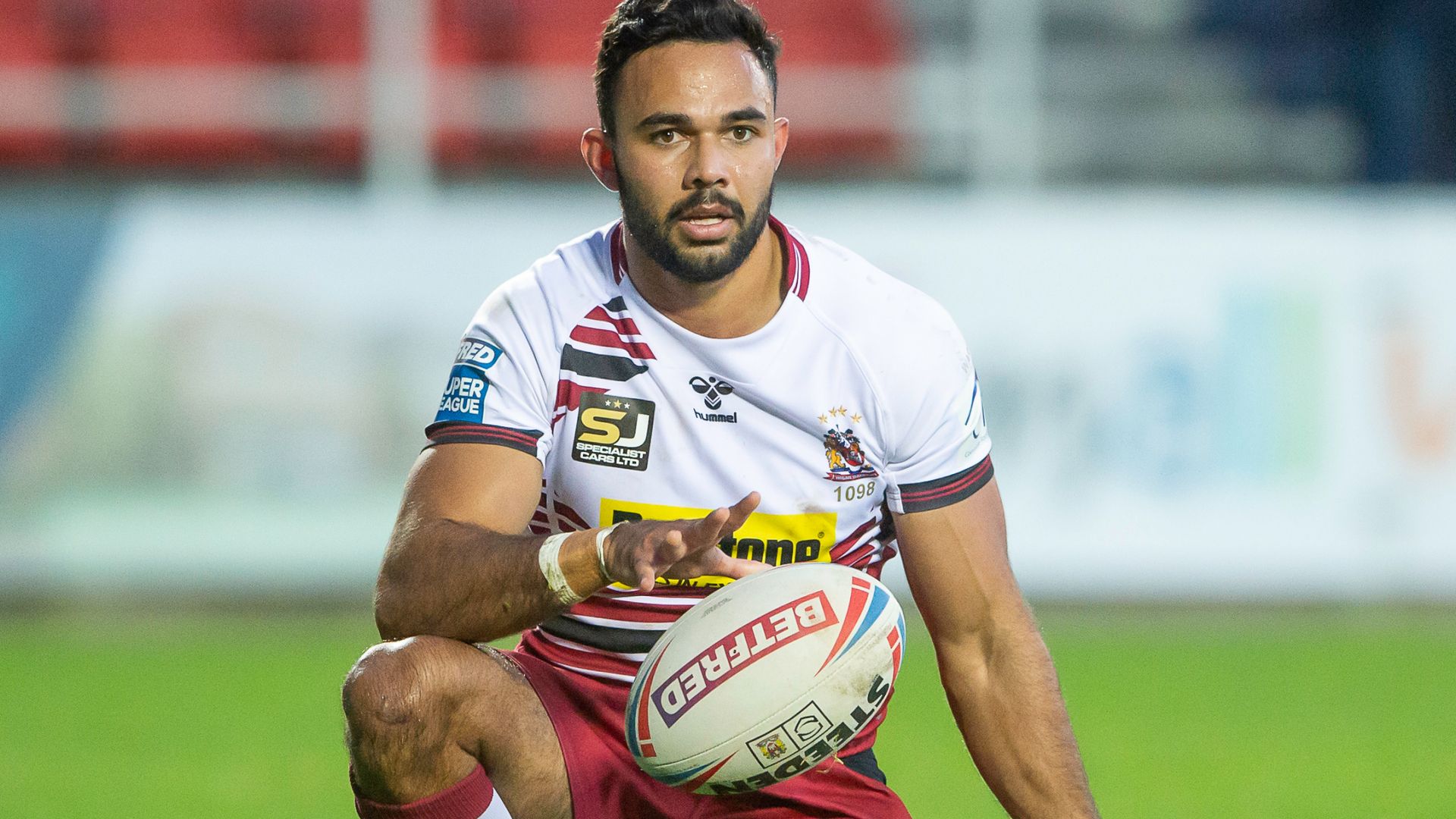 Wigan have not ruled out keeping hold of try machine Bevan French, who put on a masterclass to destroy beaten Challenge Cup finalists Salford almost single-handedly.

The Australian full-back scored three tries and set up two more to help the Warriors to a hugely-impressive 58-12 victory at the Totally Wicked Stadium and show what Super League will be missing in 2021 if, as expected, he returns to the NRL.

But Warriors coach Adrian Lam says French has not made his mind up and the club are working hard to persuade him to stay.

“He’s been unbelievable for us and he’s only going to get better if we can keep him here next year,” he said. “I think he’d grow another leg.

“We’re doing our best to keep him. It’s well known that he’s getting a few bites from the NRL but it’s not a done deal and be reassured we’ve left no stone unturned. I talk to Bevan every day and that will continue.

“We’re working hard as a club to make sure he gets what he wants but at the end of the day it’s Bevan who has to make that decision.”

French took his try tally to 15 in 17 league and cup games so far this year to improve his prospects of bowing out of Super League with the prestigious Steve Prescott Man of Steel award.

Wigan were able to welcome back Tony Clubb from a six-month injury absence for his 150th appearance for the club and, with Ben Flower also making his return, their pack was able to lay a solid platform for French to work his magic.

“Tonight I thought we were outstanding,” Lam said. “I’m really pleased for fans and the players. It was probably our first 80-minute performance of the year. That was the goal of the week.

“I thought we started the game great, the forward pack certainly created the platform for us to perform like that.”

Salford coach Ian Watson included 12 members of his Cup final team but their brave Wembley exploits looked to have taken a heavy toll as they crashed to their heaviest defeat of the season.

“We just came up against an energetic and enthusiastic team,” Watson said. “We looked spent. I thought we looked flat in training.

“To come down from such a massive high is something our players are not used to and we’re not lucky enough to be able to rest players.

“We’ve said the performance was not good enough and we don’t want to make excuses but we have no back up for middles, who are having to play two games a week.

“Wigan were fresh and ready to go and I thought they were really good. They put us under pressure and we lacked energy and leadership, which is probably down to the fatigue factor.”

Watson says he lost prop Gil Dudson through illness and full-back Niall Evalds with a calf problem on the day of the game but Dan Sarginson, who missed Wembley after contracting coronavirus, is set to play against St Helens on Monday.