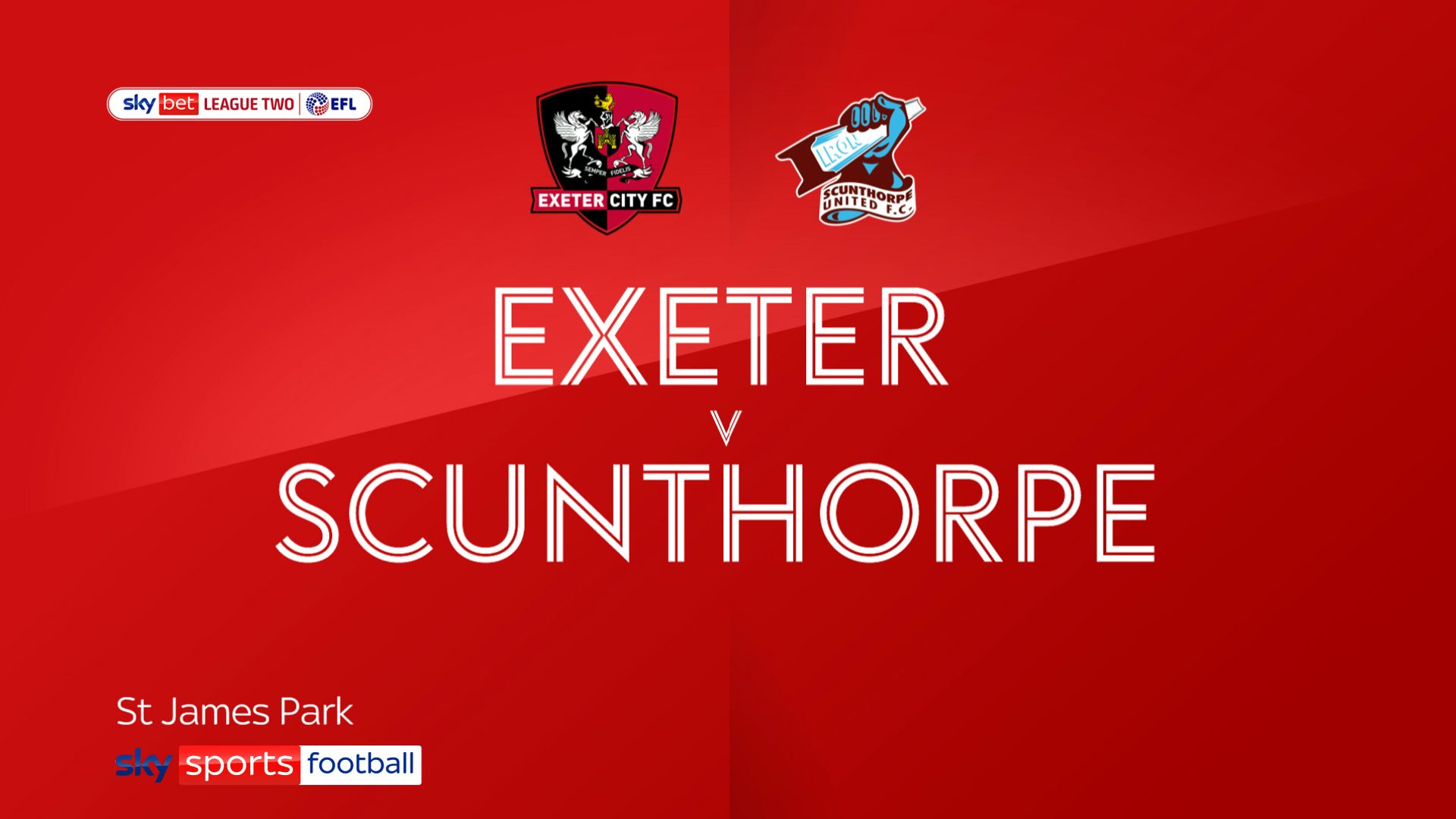 Exeter made it two wins in a week in League Two with a deserved 3-1 win over an under-strength Scunthorpe.

The Iron were missing six players following positive Covid-19 tests and were led by goalkeeping coach Paul Musselwhite, with the backroom staff also affected by coronavirus.

There was barely a chance in the opening half an hour or so, but Exeter stung their visitors with two quick goals as they began to get on top just before half-time.

The first came from Joel Randall after 36 minutes, who notched his fourth goal of the season with a composed close-range finish and the second came three minutes later from Matt Jay, who was on hand to tap in from close range after Scunthorpe goalkeeper Mark Howard had spilled a cross at his feet.

Exeter striker Ryan Bowman was denied by a brilliant stop from Howard before the Iron gave themselves hope with a goal after 48 minutes when debutant Jai Rowe headed in from a Mason O’Malley corner.

That seemed to rock Exeter and Myles Hippolyte fired a volley goalwards, which was saved by Lewis Ward, but that was as good as it got for the Iron, who rarely threatened.

Exeter sealed the win in stoppage time when captain Jake Taylor, who scored in Tuesday’s win over Crawley and then got married the following day, capped a memorable week for him personally by lashing in the third.