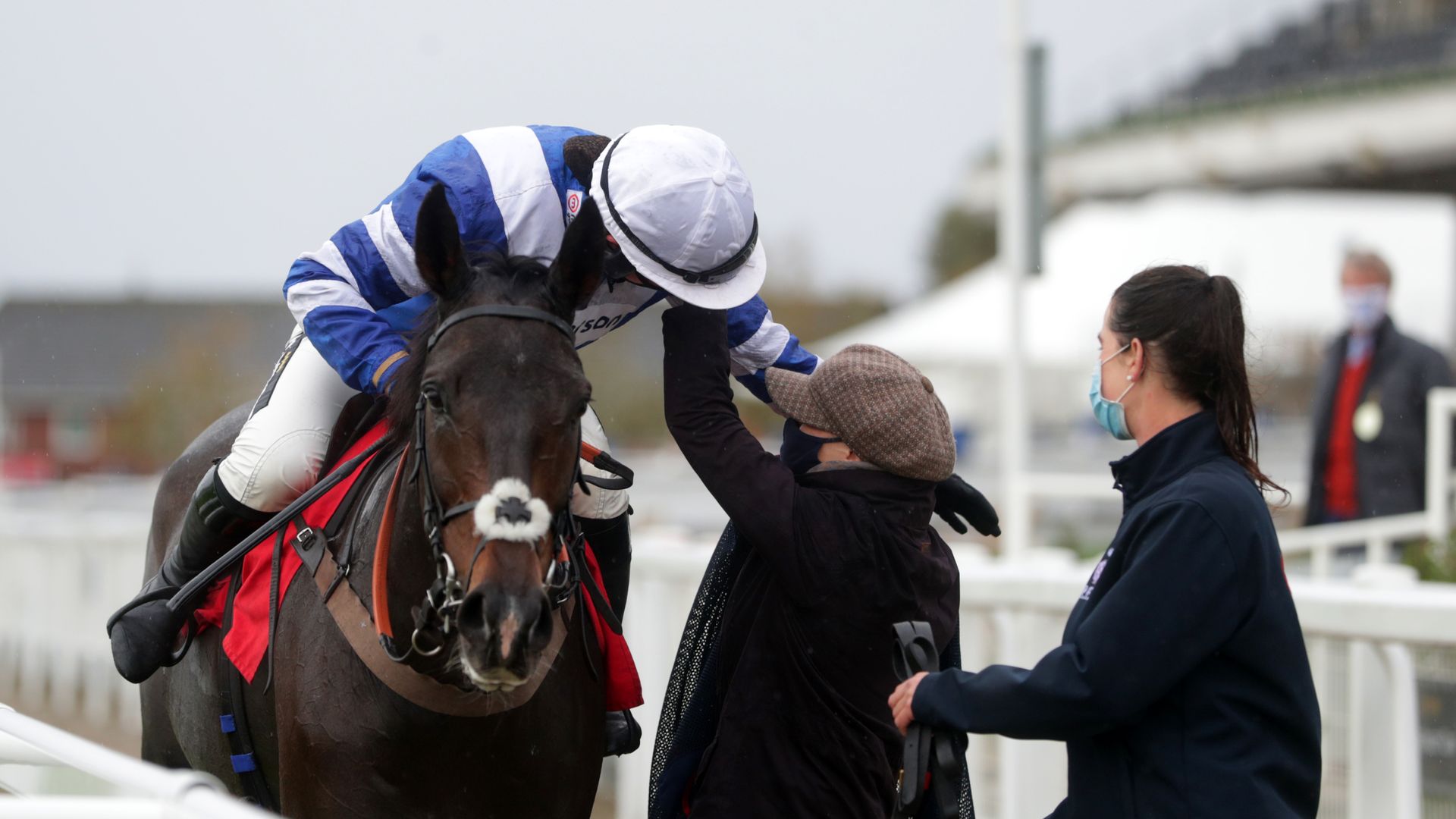 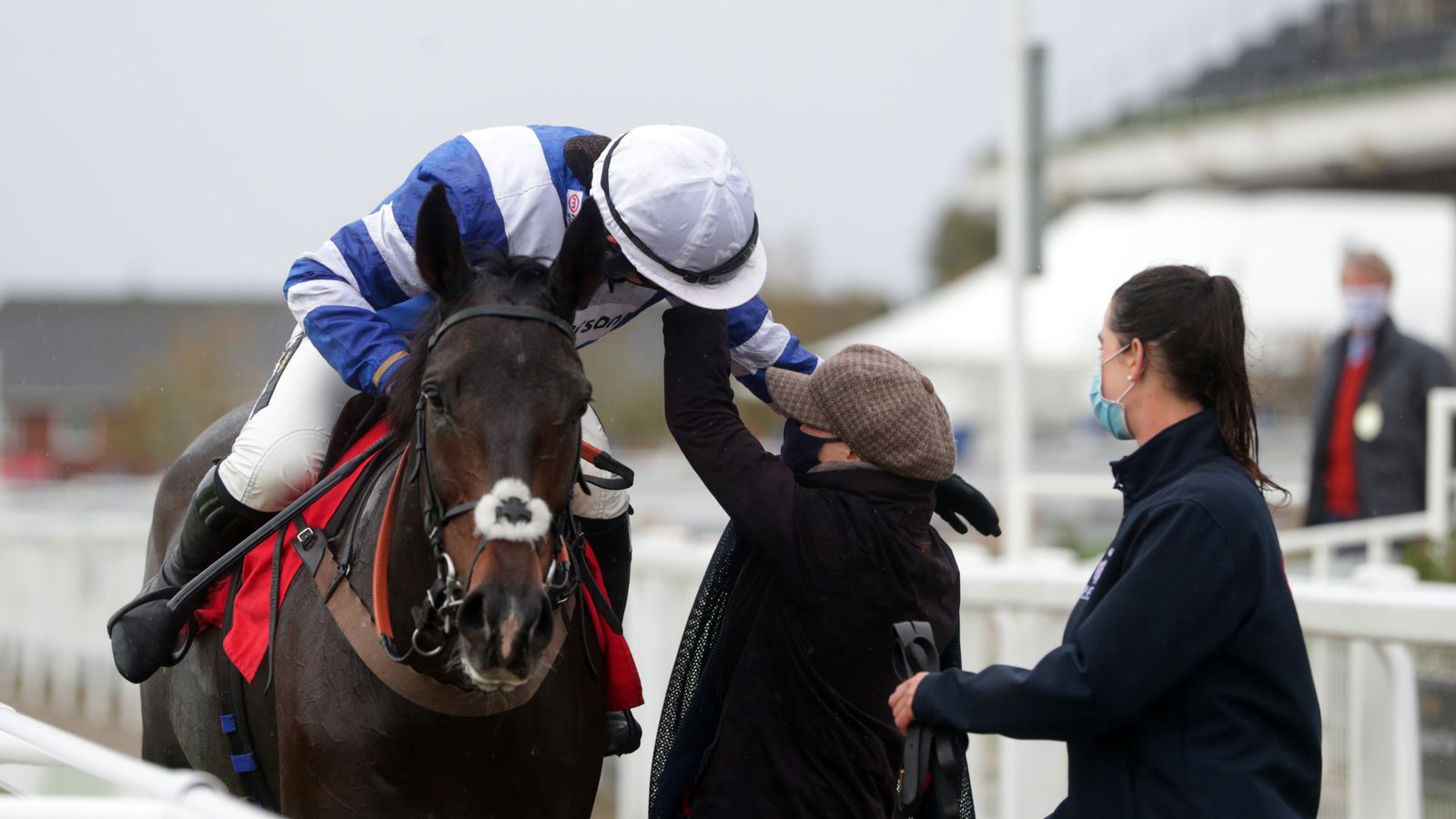 Frodon started out on the path towards the Cheltenham Gold Cup with a tremendous weight-carrying performance in the Matchbook Betting Exchange Handicap Chase.

In a display that would have almost certainly raised the roof had there been a crowd in attendance at the hallowed Prestbury Park venue, the Paul Nicholls-trained eight-year-old jumped his rivals into submission to claim a sixth course victory.

Although pressed for the lead early on, last year’s Ryanair Chase hero – who was conceding upwards of a stone to all his rivals – gradually fought the challengers off one-by-one under faithful ally Bryony Frost, before being left to battle it out with West Approach over the final two fences.

Meeting both the second-last and final fence on good strides, the hugely-popular gelding only needed to be pushed out to defeat West Approach by a length and a half.

Nicholls said of his 9-2 winner: “That was an amazing performance. I thought he would probably need the run a little bit. I was going to go for the Charlie Hall next weekend, but changed plans a fraction as Cyrname is going there and he loves Cheltenham – but I thought he had it all to do with that weight.

“That’s nearly a career best. Off 164 in a handicap, giving weight to those horses over that trip.

“In last season’s Ryanair he was totally outpaced, but that trip (three miles and a furlong) suits him better now. You can sit and save a bit out in front, and you could see that’s what she was doing.

“You have to be very fit to do that first time up with that sort of weight and I was surprised how fit he was.”

Nicholls will now work back from the blue riband in March, with William Hill making Frodon a 33-1 chance while Paddy Power went 25-1 for the same race and Coral 20-1.

Nicholls said: “Paul (Vogt, owner) said earlier in the week he would love him to run in the Gold Cup and that will be his aim. I said you would have to win on Saturday with that weight, then he will be right in the picture. That has put him on the fringe of it.

“He loves it here. I’m not going to say he will win the Gold Cup, but he always runs well around here and he deserves his place in it. We will work back from there.

“We will run in something like the Cotswold Chase after Christmas. Handicaps will be out after that performance.”

A jubilant Frost said: “Weight stops trains, that was about the only thing that was going to stop us today.

“But his class pushed that worry to the side. The jumps he did out there were unbelievable – he really is just magic to be with. He’s done it perfectly.

“He knows every blade of grass, every fence, out there.”