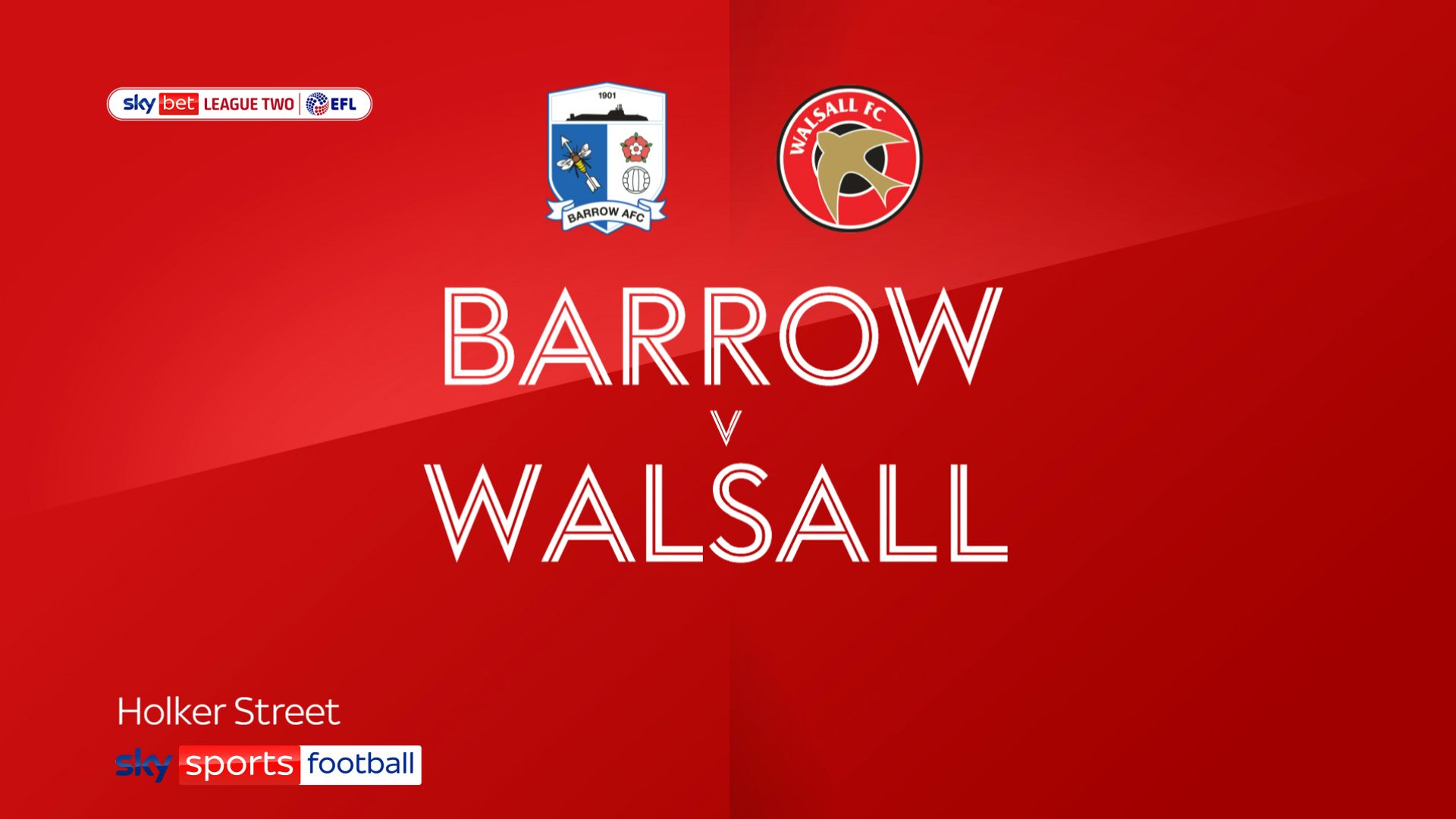 Caolan Lavery bagged a brace as Walsall twice battled from behind to claim a 2-2 draw at Barrow.

The Bluebirds’ wait for a first Football League win in 48 years went on as their winless start to the season stretched to eight games.

Luke James was the hosts’ bright spark with an impressive performance at Holker Street.

Joel Dixon made a good early save to keep Lavery’s header out.

Saddlers’ shot stopper Liam Roberts then produced a super save to tip Jason Taylor’s strike over.

Josh Kay was felled by Cameron Norman in the box with Dior Angus making no mistake from the spot in the 26th minute to put Barrow ahead.

James capped his fine performance as his stunning strike nestled in the top scorer in the 50th minute.

But Walsall got a penalty of their own when Taylor hauled down Zak Jules as Lavery stroked home from the spot.

Emmanuel Osadebe almost stole the spoils for the Saddlers late on when he hit the post.