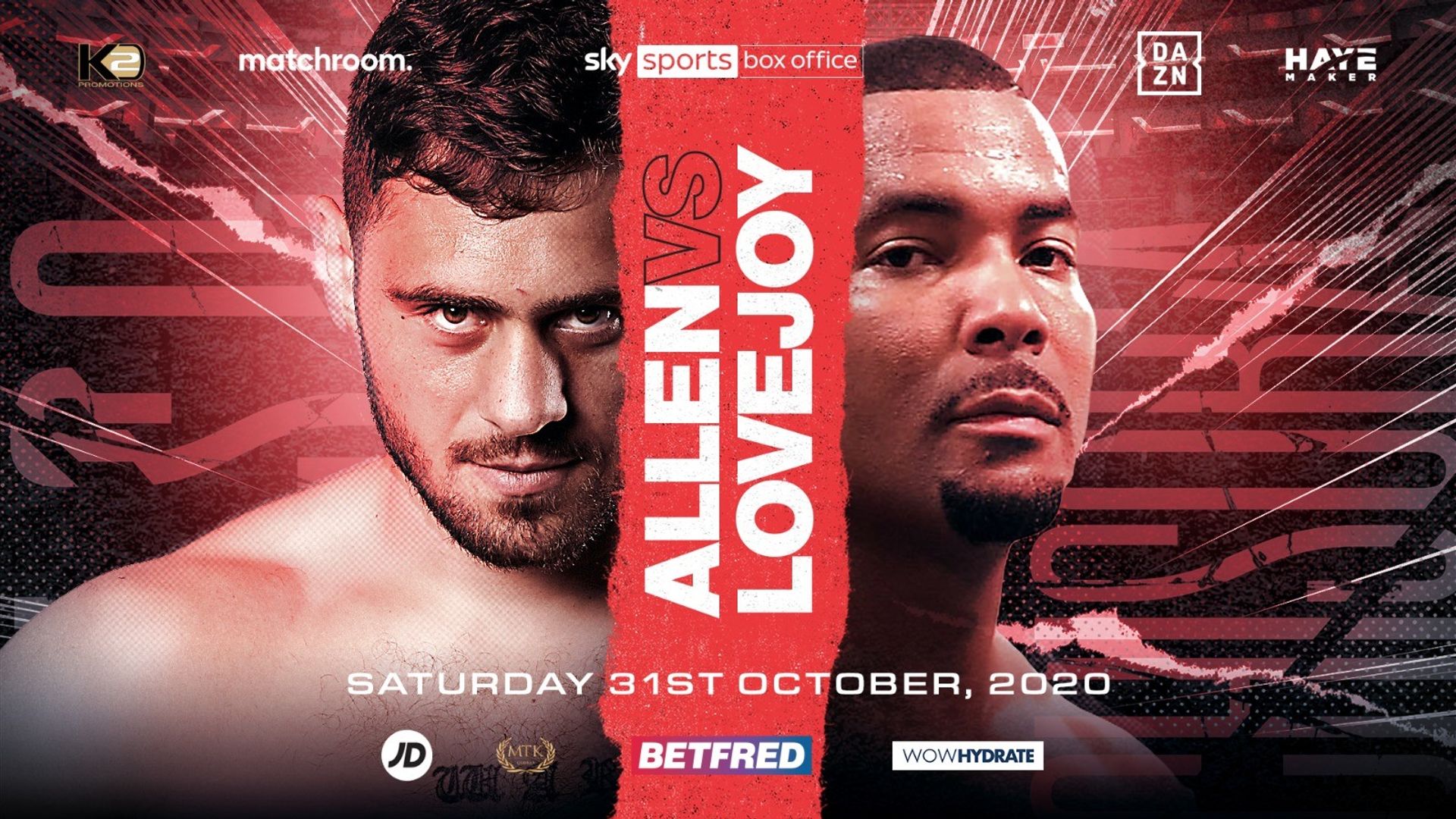 Allen was due to face Christian Hammer before the German was forced out after testing positive for coronavirus; Lovejoy holds 100 per cent KO record from his 19 professional fights; coverage live on Sky Sports Box Office

British heavyweight Dave Allen will fight unbeaten Christopher Lovejoy on the undercard of the heavyweight bout between Oleksandr Usyk and Derek Chisora on October 31.

Allen, whose last fight was a third-round knockout win against Dorian Darch in February, was due to meet Christian Hammer before the German was forced out after testing positive for coronavirus earlier this week.

American Lovejoy, 36, holds a 100 per cent knockout record from his 19 professional bouts and is ranked in the top 15 with the World Boxing Association ahead of the fight at The SSE Arena, Wembley, live on Sky Sports Box Office.

“He’s positioned 15th with the WBA and I’d love to take that World ranking,” said Allen, who linked up with trainer Jamie Moore earlier this year.

“He’s a big, strong man and just look at his record – he’s done what’s been asked of him in those 19 fights.

“There’s not much footage of him, so I don’t know really know what I’m preparing for which adds to the intrigue but I’m going in there to do a number on him.”

All but two of Lovejoy’s victories have come in the very first round, with all his previous fights taking place in Mexico.

“I finally made it here to the U.K!” said Lovejoy. “I’m here to shock the world and show what Chris Lovejoy is really about. Dave will end up number 20 on my record. I’ve travelled a long way so I just hope he shows up!”

Matchroom promoter Eddie Hearn added: “The truth is, he might be an absolute beast or he may get found out but for Dave Allen, it’s a huge opportunity.

“There will be plenty of eyeballs on this fight and if Dave can get the win he will force himself into the World rankings and land a major fight in 2021. I have absolutely no idea what’s going to happen but I’m excited to find out!”