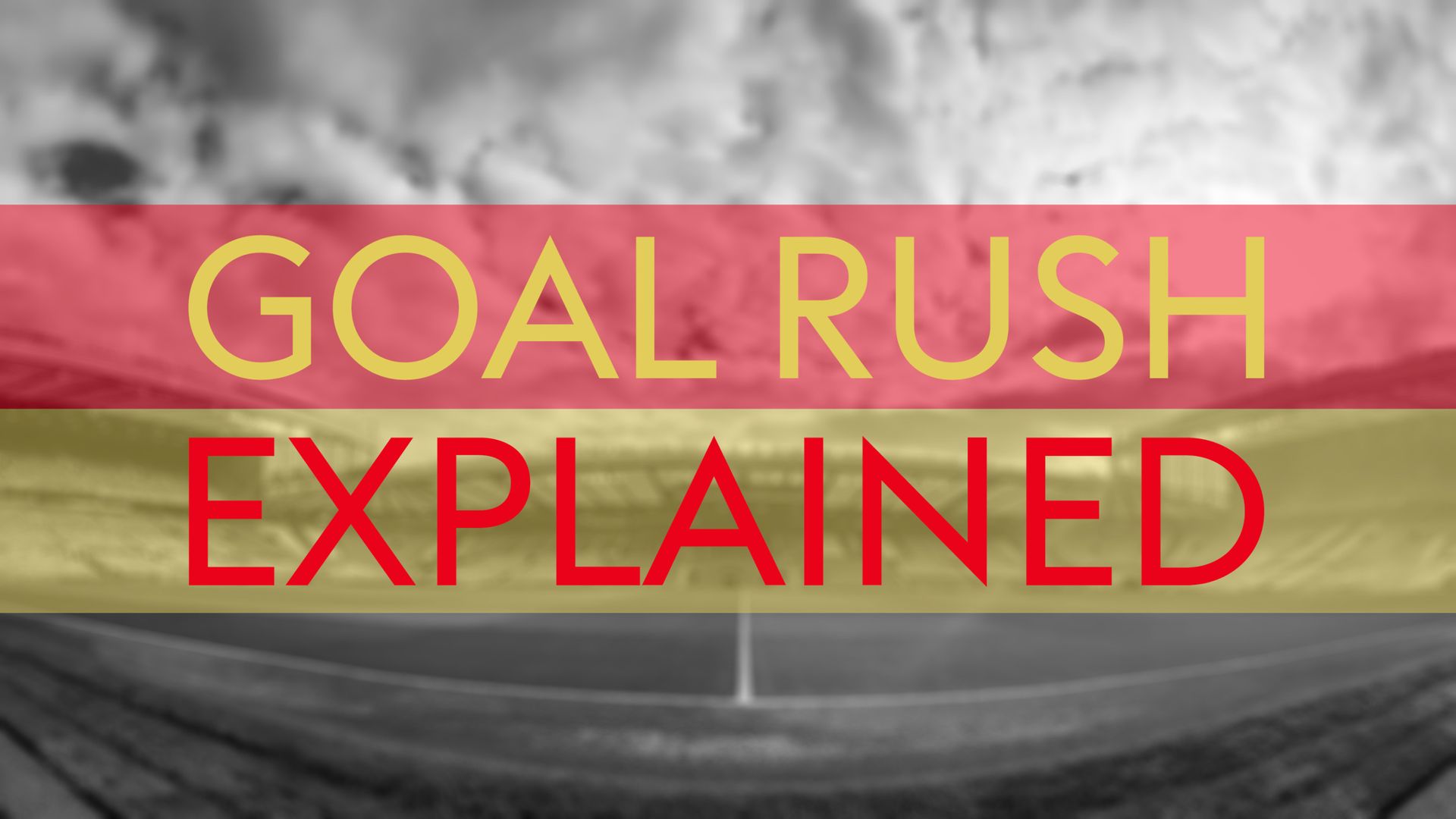 Premier League clubs are scoring more goals than ever before – but is it a freak and how does it compare with Europe’s top leagues?

This season has kicked off unlike any other in Premier League history: 172 goals in just 48 games.

For context, the current average of 3.58 goals per game is the highest in England’s top flight since 1960/61.

Manchester United have played only four games so far but already scored nine and conceded 12, equating to a league-topping average of 5.25 goals per game – with the 6-1 defeat against Spurs contributing heavily to that ratio.

Reigning champions Liverpool have produced parity to date, with 13 scored and the same number shipped, averaging at 5.20 across their five fixtures – also affected by the 7-2 defeat against Aston Villa.

At the other end of the scale, Sheffield United have scored only twice and leaked seven to produce a league-low 1.80 goals per game, followed by Wolves (2.40), Burnley (2.75), Crystal Palace and Arsenal (both 2.80).

Is it happening elsewhere?

So, is this surge in goals just an early statistical blip on domestic turf or has it occurred elsewhere this season?

In Europe’s remaining top four leagues, Serie A has been averaging even more goals than the Premier League with 3.64 per game, while the Bundesliga also has a bumper ratio of 3.08.

The graphic below shows the average goals per game over the previous three seasons compared against this term, revealing four of the five divisions have experienced higher goal ratios this season – with the exception of La Liga.

The goal spikes across Europe certainly suggest there is a cause behind the effect.

In the Premier League, VAR has chalked off more goals than handed them – mitigated with penalty awards. So, the common denominator across the leagues is playing behind closed doors or with vastly reduced attendances.

A limited number of fans have been allowed to attend games in France and Germany, but numbers vary and have been, at most, curtailed to a maximum of 20 per cent stadium capacity as government rules adapt to the outbreak.

Interestingly, only a handful of Serie A games have permitted 1,000 fans to attend this season. Along with the Premier League, these two divisions have produced the highest goal ratios – almost exclusively in empty stadiums.

Conversely, Ligue 1 and the Bundesliga have allowances for reduced attendances and experienced far smaller rises in goal ratios.

Why would empty stadiums produce more goals? Potentially, teams are less aware of opposition danger and less cautious of making mistakes without fans in attendance.

The pandemic crisis also affects teams in numerous other ways, including the unsettling global situation itself, players sidelined with the virus, condensed schedules and limited training.

In addition, the rising trend of teams playing with higher defensive lines to dominate possession and enable attacks with ‘calculated risks’ could be a contributing driving force – with rewards and costs at both ends.

In possession, a high defensive line compresses the pitch and allows faster passages of play – if a team can play through the opposition press.

Out of possession, the opposition has less space to play out and will often lose the ball under the press or counter-press.

Even when the opposition threads a pass through, or over, the high line, a well-drilled line often catches the runner offside – or pacy defenders are tasked with winning a last-man race.

There is a growing trend in the Premier League for advancing into opposition territory, which would inevitably produce more goals, with the tactic designed to optimise attack – while also being vulnerable to the counter-attack.

The most recent round of domestic fixtures produced the first goalless draw and fewest goals in a 10-game matchday this season with 28 – after round two saw an all-time league record of 44 scored.

So, the spike in goals could be dipping to average levels already.

The coming weeks will reveal whether the culmination of empty stadiums, the pandemic crisis and higher lines will have a lasting impact on the number of goals scored, or whether teams will gradually revert to more cautious ways.

What about home advantage?

In addition to more goals, the absence or reduced number of fans appears to have wiped out home advantage entirely.

In the Premier League, the average ratio for away wins over the previous three seasons was 30.9 per cent – but that figure has soared to 45.8 per cent this term.

If that ratio were to continue it would be the highest ever in England’s top tier, since the Football League was founded in 1888, and by some margin, too: the current record for away wins is 33.7 per cent in 2018/19.

Indeed, all of Europe’s top leagues have experienced a rise in away wins compared with their respective three-year averages – providing even more evidence of the current circumstances affecting results.