Impact Network will bring boxing back to its airwaves November 7.

BoxingScene.com has learned that the Christian cable channel will offer a delayed telecast that night of a card scheduled to take place November 6 at the St. Petersburg Marriott Clearwater in St. Petersburg, Florida. In the main event, Kali Reis (16-7-1, 5 KOs) and Kandi Wyatt (10-1, 3 KOs) will meet in a 10-round fight for the vacant WBA women’s world 140-pound championship.

In the biggest fight of her career, Reis, of Providence, Rhode Island, lost a competitive 10-round unanimous decision to former undisputed welterweight champion Cecilia Braekhus. Her defeat to the then-unbeaten Braekhus, whom Reis dropped during the seventh round, was watched by an average of 904,000 viewers on HBO. 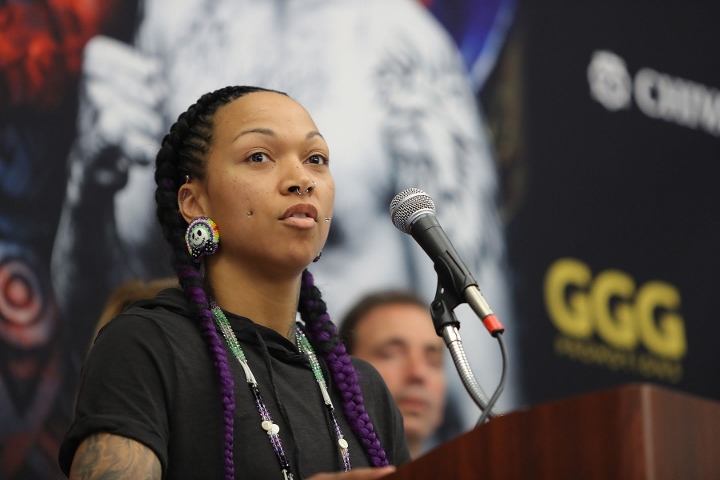 Reis takes a three-fight winning streak into her title fight against Calgary’s Wyatt, which will headline a card promoted by T&K Boxing Promotions, in conjunction with DiBella Entertainment.

A six-round bout between heavyweight prospect Elvis Garcia (8-0, 5 KOs), of Indio, California, and Dell Long (7-6-2, 4 KOs), of Artie, West Virginia, also will be part of Impact’s telecast November 7. Jeremiah Milton (1-0, 1 KO), a heavyweight prospect from Tulsa, will face an undetermined opponent in the fourth fight Impact will air.

Before the coronavirus crisis, Impact committed to airing 52 live boxing cards over a two-year period.