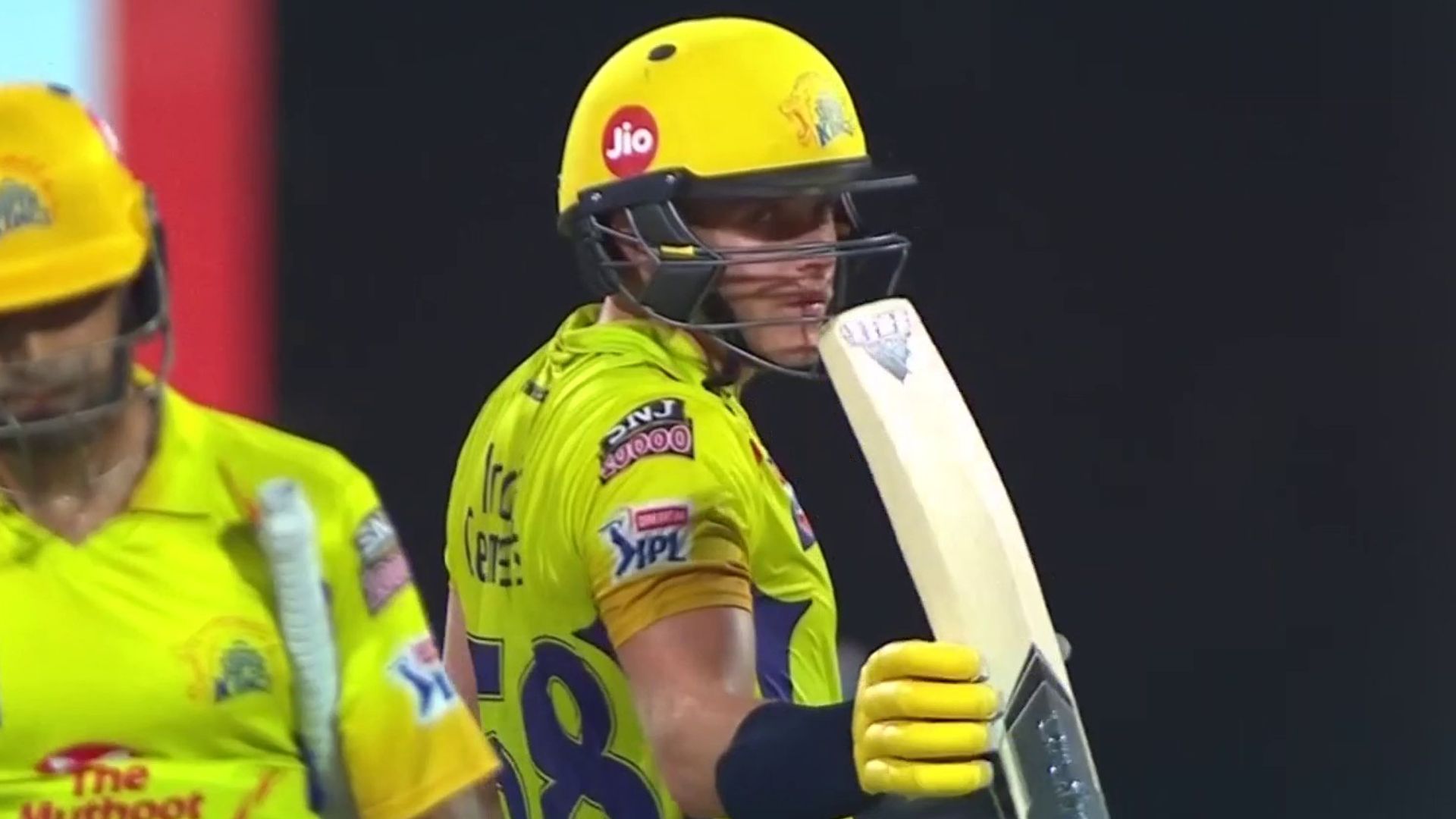 Sam Curran’s first fifty for Chennai Super Kings failed to stave off a humiliating 10-wicket mauling at the hands of table-topping Mumbai Indians in Sharjah.

Curran, demoted from opener to seven in the order, played a lone hand after Chennai imploded to 3-4, then 21-5 at the hands of seamers Trent Boult (4-18) and Jasprit Bumrah (2-25).

The England all-rounder struck two sixes on his way to 52 off 47 balls to drag his franchise to 114-9 only for Mumbai to rocket to victory off just 12.2 overs as openers Ishan Kishan (68no off 37 balls) and Quinton de Kock (46no off 37) knocked off the runs in merciless fashion.

The pair plundered seven sixes and 11 fours between them to earn Mumbai their first 10-wicket win in their IPL history and send them top of the standings ahead of Delhi Capitals and Royal Challengers Bangalore on net run-rate.

This is the 13th time that an IPL match has been decided by such a margin – and the first time Super Kings have been on the wrong end of such a hammering – while it is the seventh-quickest of those results.

Rock-bottom Chennai unravelled so quickly and spectacularly that at an early stage they appeared on track to post the lowest total in IPL history – the unwanted record currently held by Royal Challengers Bangalore for their 49 all out against Kolkata Knight Riders in 2017 – before Curran saved their blushes.

Defending champions Mumbai, meanwhile, are all but ensured a play-off spot after chalking up a seventh win despite being denied the services of captain Rohit Sharma due to a hamstring injury; in his absence, stand-in skipper Kieron Pollard extended his winning sequence as captain to 15 games.

Boult set the tone for the match by opening with a wicket-maiden, trapping Ruturaj Gaikwad – Curran’s replacement as opener – lbw for a fifth-ball duck on his way to his best figures in the IPL.

Bumrah followed up with two wickets in as many balls in the following over as Ambati Rayudu gloved behind and Narayan Jagadeesan was caught in the slips.

MS Dhoni (16) swayed out of the way of the short hat-trick ball but the procession continued as Faf Du Plessis snicked a temptingly-wide delivery from Boult behind and Ravindra Jadeja, looking to attack, advanced down the track only to pull the Kiwi seamer to short midwicket.

The board read 30-6 when Dhoni was well caught by wicketkeeper de Kock looking to repeat a straight six down the ground off Rahul Chahar (2-22).

De Kock remained in the game, stumping Deepak Chahar for a duck, leaving Curran with a major repair job – sixes off Chahar and Nathan Coulter-Nile soothing Chennai’s wounds a little.

Super Kings passed their lowest ever score of 79, against Mumbai in 2013, when Imran Tahir back-cut Krunal Pandya for four and Curran’s curbed invention found an outlet in a ramped four off Coulter-Nile.

The pair shared a face-saving ninth-wicket stand of 43 before Curran was cleaned out by Boult off the last ball of the innings, the Surrey player having just reached his second IPL fifty off 46 balls thanks to three fours in four balls.

Mumbai’s chase cut a dash as De Kock and Kishan plundered boundaries seemingly at will, racing to 52-0 in the six powerplay overs.

Both openers enjoyed moments of luck but kept their foot on the pedal, with Kishan striking back-to-back fours off Chahar before pulling him for a magnificent six.

The 22-year-old posted his fifth IPL fifty off 29 balls, getting there with a reverse sweep for six off Jadeja and celebrated by launching the spinner’s next delivery over the stands at midwicket.

Chennai’s fate was sealed in a hurry after Gaikwad shelled a chance at midwicket offered by Kishan when he had 65 – de Kock sealing the win with a pulled four off Thakur.

Our live coverage of the Dream11 IPL continues on Saturday with a double-header. Kolkata take on Delhi from 10.50am on Sky Sports Cricket before Kings XI tackle Sunrisers at 2.50pm.