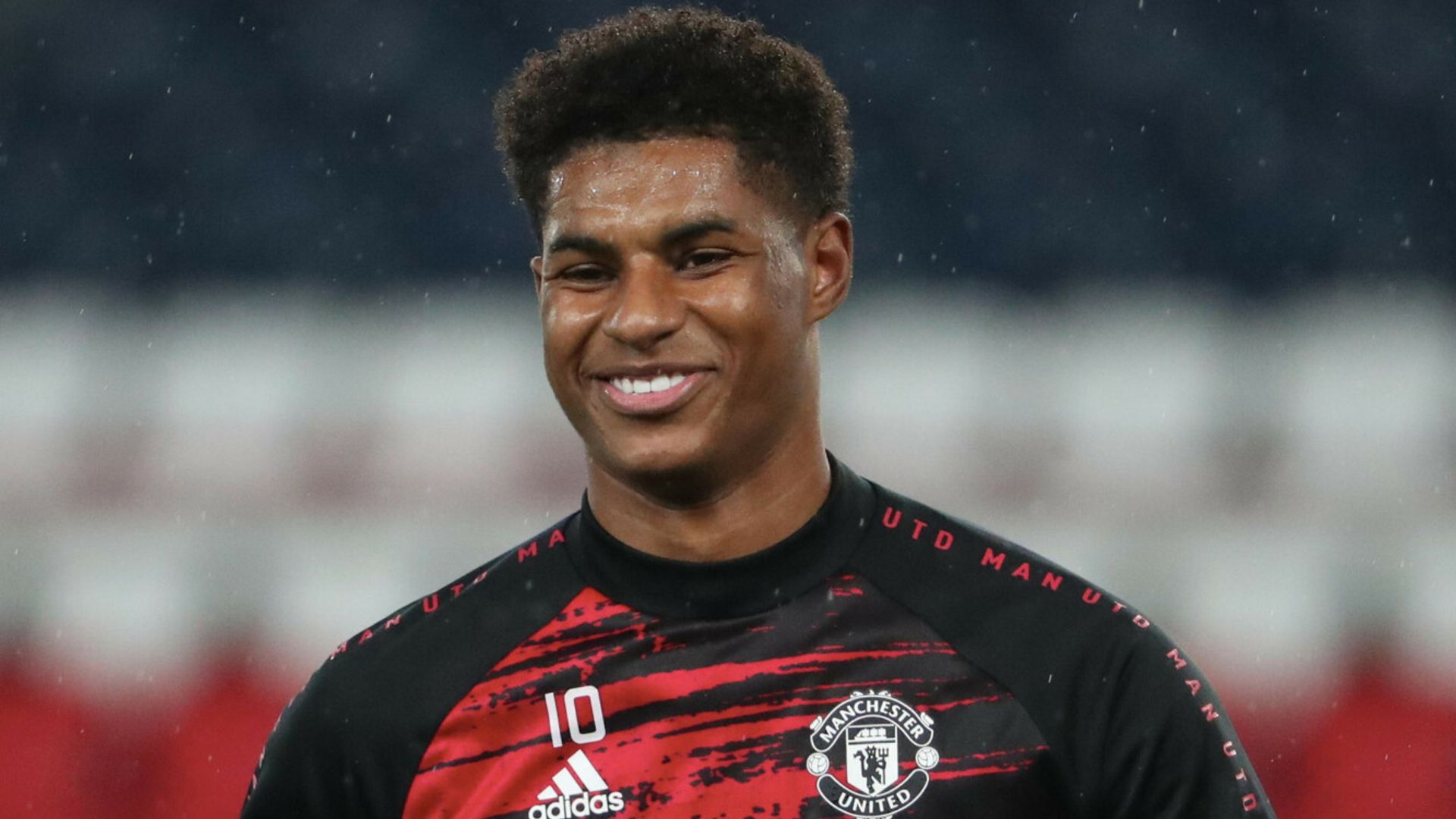 Frank Lampard has praised Marcus Rashford’s “fantastic” campaign against child poverty, and says the Manchester United forward should be commended for using his voice to try to make a difference.

Rashford has been urging the Government to continue their free school meals programme over the upcoming school holidays, having already successfully forced them to extend the scheme over the summer.

The 22-year-old’s campaign was put forward for a vote in Parliament by Labour, but it was rejected. However, an ever-growing number of councils and businesses are committing themselves to Rashford’s proposals.

Lampard has been watching Rashford’s work from afar and, ahead of Chelsea’s trip to United on Saturday – live on Sky Sports Premier League – he said: “It’s been great to see young players with personality, with a voice, speaking up for things that they care passionately about. I absolutely commend him for that.

“There are a group of players now in the Premier League – doesn’t matter what age or what team you play for – that are speaking out in the right way. It’s been fantastic and he deserves credit for it.”

Chelsea’s game at United on Saturday will see Lampard take on Ole Gunnar Solskjaer for the fifth time since he became Chelsea boss in the summer of 2019, with both managers looking to help their sides close the gap on Liverpool and Manchester City at the top of the Premier League hierarchy.

Solskjaer has faced speculation over his future on a number of occasions since he replaced Jose Mourinho in December 2018, and Lampard says he understands the pressure on his counterpart’s shoulders.

He said: “I’ve got a good relationship with him. When we play against them we’re very cordial, shake hands and wish each other the best – and I think we genuinely both mean it.

“I know Michael Carrick [United coach] very well from my playing days, so I have a really good relationship with him.

“Every Premier League manager will have their own issues, their own story, their own problems. So I don’t draw a line between me and Ole. He has his squad, I have mine.

“I understand the pressures of managing a club of the size that we manage and I respect him completely.”

Have Solskjaer and Lampard progressed?

A lot has happened since the corresponding fixture on the opening weekend of last season. From coronavirus to cup finals, major signings to minor crises, winning runs to woeful defeats, this has been an extraordinary time in the world of football for Manchester United and Chelsea – and beyond.

But 14 months on from Frank Lampard’s harsh introduction to life as a Premier League manager with a 4-0 defeat against Manchester United, not much has really changed for the Chelsea boss or his Old Trafford counterpart. The same issues still need to be addressed.

Lampard’s side had more possession that afternoon and more shots. But their efforts were undermined by individual errors. United might have been outpassed in open play but Ole Gunnar Solskjaer’s side were ruthless on the counter-attack. They picked Chelsea off.