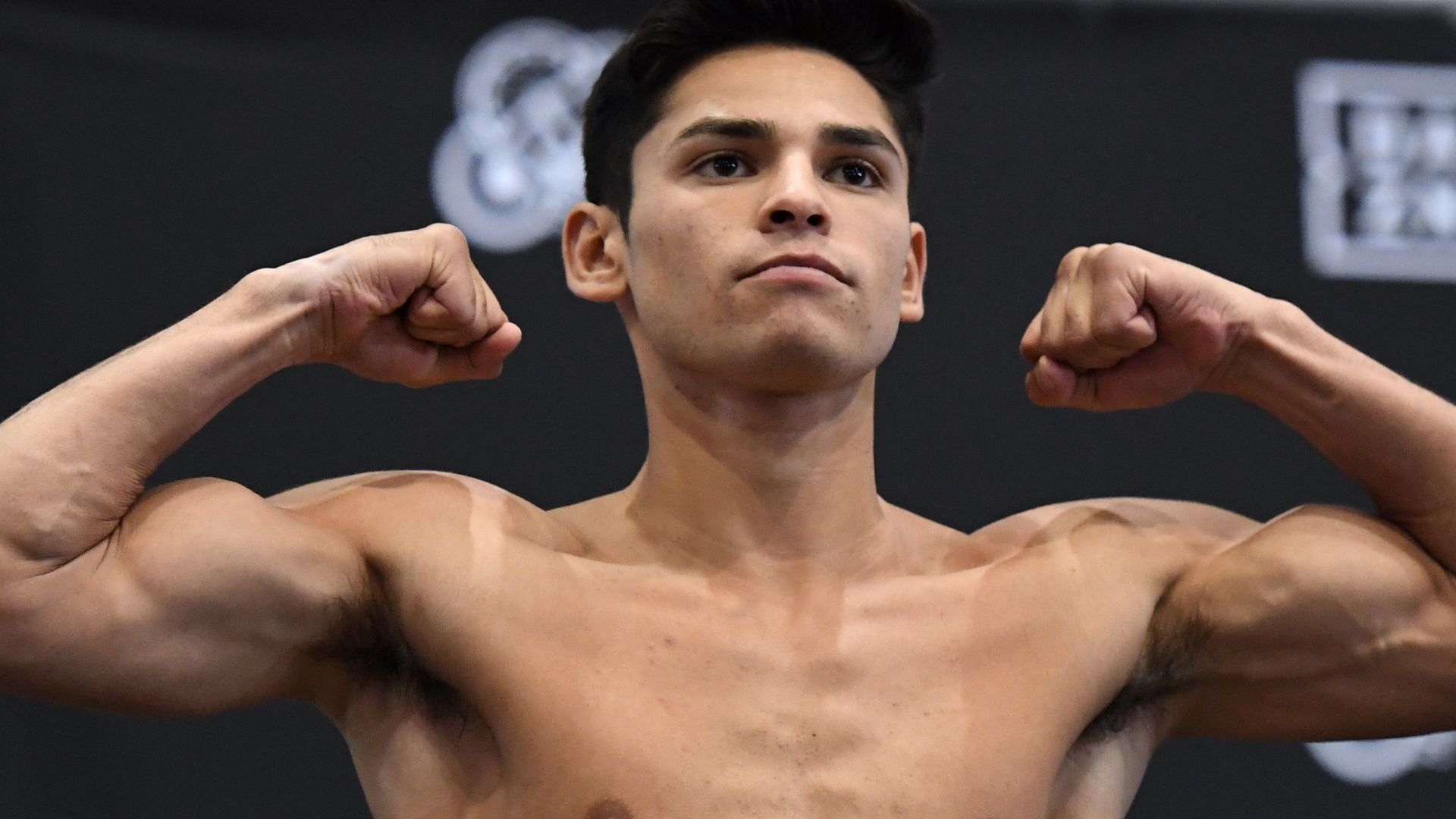 Ryan Garcia insists Luke Campbell’s experience will count for nothing when they collide – and plans a victory to set him up to fight YouTuber Jake Paul.

Undefeated US star Garcia and two-time world title challenger Campbell will contest the WBC interim title on December 5 in a lightweight division that is bubbling with young talent.

Teofimo Lopez upset Vasiliy Lomachenko in a title unification fight and now Garcia plans to become the next US-based youngster to oust an experienced opponent.

“This will put me at the top of the lightweight division. I have to go through Campbell,” Garcia, aged 22, told Sky Sports.

“He hasn’t fought anybody except Lomachenko and Jorge Linares and he lost those. If your experience is losing? I don’t want that experience.

“This is his ‘get to the top or not’ type of fight.

“Me? I’m still that young gun coming up.

“I keep hearing him say he’s going to knock me out! He’s not. He couldn’t even knock out a 126lbs Lomachenko.

“He’s not going to beat me. He’s talking a good game. But he’ll learn real quick that I hit harder than Lomachenko.

“This is his last chance but I’ll put the final nail in the coffin [to his career].

“He fought Yvan Mendy, who I’ve never heard of, and he lost! So what experience does he have, really?”

Garcia’s following of 7.4 million on Instagram has been mocked by Campbell who warned that social media support cannot help inside the ring.

Garcia hit back: “I train with the pound-for-pound champion (Saul ‘Canelo’ Alvarez). He will learn real soon that I’m not there just to do Instagram videos.

“You’ll see how much I bring. I’m a true fighter, not an Instagram fighter. I may do all that [social media] because I can and I have the opportunity, but I feel disrespected big time as a fighter.

“If I catch him clean, if he gets hurt, he’s out of there. There will be no escape. It’s over, the moment he gets hurt.”

The undefeated quartet of Garcia, Lopez, Gervonta Davis and Devin Haney are currently atop the lightweight division.

Lopez is recognised as No 1 after beating Lomachenko, admits Garcia.

But Haney holds the WBC title and Davis defends a version of the WBA title against Leo Santa Cruz this month.

“The four horsemen – Ryan Garcia, Teofimo Lopez, Gervonta Davis and Devin Haney. These will be amazing fights for the future,” Garcia said.

“I’m the most underestimated lightweight in the world. They fail to give me credit. I’m hoping for more respect but, honestly, I don’t care.”

Garcia said about Lopez beating Lomachenko: “I wasn’t shocked. I gave the edge to Teofimo because he’s a bigger man. This isn’t Lomachenko’s weight class and he should move down. The new, hungry fighter was ready to take over.

“I look forward to my chance at all those belts.

“I want Gervonta. That’s my Lomachenko fight – the fight that people don’t think I can win.

“Then I want to challenge Teofimo. Then Haney. In 2021, Gervonta and Teofimo are the guys I want.”

Garcia has recently been involved in social media altercations with the YouTuber Jake Paul, who stepped into the boxing ring to beat AnEsonGib and will next fight former NBA player Nate Robinson on the undercard to Mike Tyson and Roy Jones Jr’s exhibition bout.

Garcia said about his videos confronting Paul: “It’s semi-fake. I’ve always supported him and said it’s good for boxing to bring in new fans. This beef started as fake but it’s turned into real stuff.

“Do I want to [beat him up?] Yes I do. I wouldn’t mind. But do I hold anger towards him? No. He’s messing around too much, I’ll punch him, then we can laugh about it.

“For a million-dollar cheque I would punch Jake Paul.”